Should hotels do a better job of reflecting their communities? 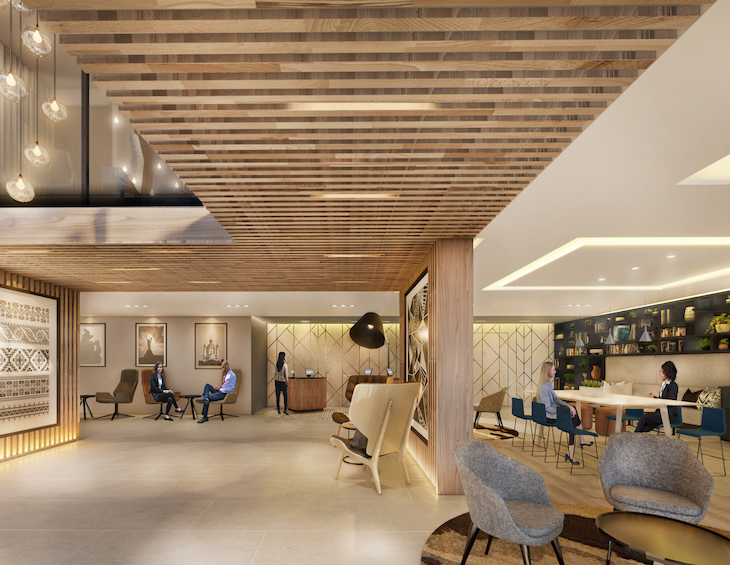 To conclude our editorial series with ADP Architecture, Studio Director Amrit Naru looks at how a hotels and their design can sensitively reflect a locations local culture…

And there’s a perfectly good reason for that: hotels aren’t typically designed for their local community. They’re arguably designed for everyone but the local community: tourists, business travellers, visitors for one reason or another. In contrast with the back-and-forth of a transport hub, we look at hotels as a one-directional interface between a specific locale and the wider world, where the wider world touches down for a few days before returning home. The only transport hub that seems to bear comparison here is a docking station for UFOs.

This kind of view fits the traditional way of looking at hotels – but of course, it neglects the wide range of purposes that hotels can actually serve. Very few hotels are simply places to stay: they can include bars, restaurants, conference centres, spas, and plenty more. It’s easy to look at these facilities simply as added value for guests, but they’re just as likely to be used by locals.

Explore these opportunities further, and you open up a whole new way of thinking about what a hotel can be. Far from a semi-private site with clearly defined boundaries – like a house or an office building – it becomes permeable, integrated with its community, with spaces which are as much defined by their surroundings and local flavour as by the people who travel to them. This kind of approach can reverse the (un)popular image of a hotel, making it the beating heart of a neighbourhood that benefits everyone.

Take, for example, a recent ADP project on a former industrial site in Scotland. When several plants closed in the 70s and 80s, hundreds of local workers lost their jobs, and the area lost key places that had given it purpose. It’s the sort of post-industrial community that’s been crying out for regeneration of the genuinely beneficial kind, providing spaces that benefit and support an existing community rather than driving them out. So when we were appointed to design a new hotel there, we saw an opportunity to create real value for local residents and businesses. 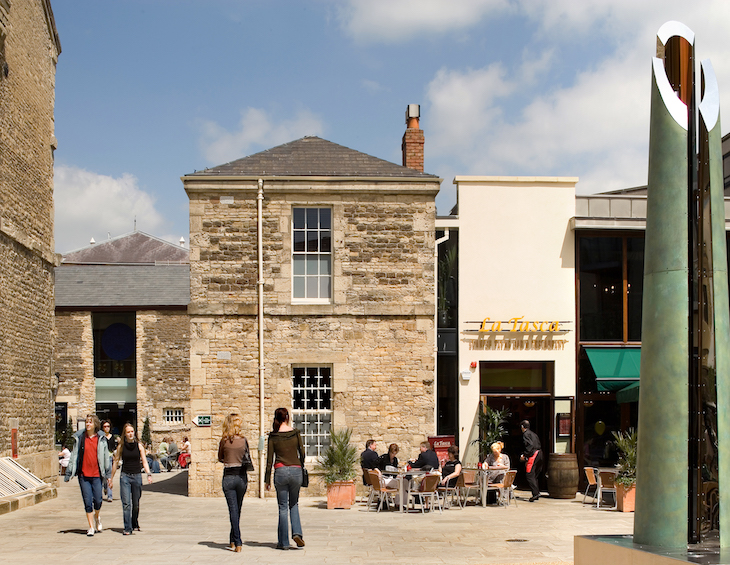 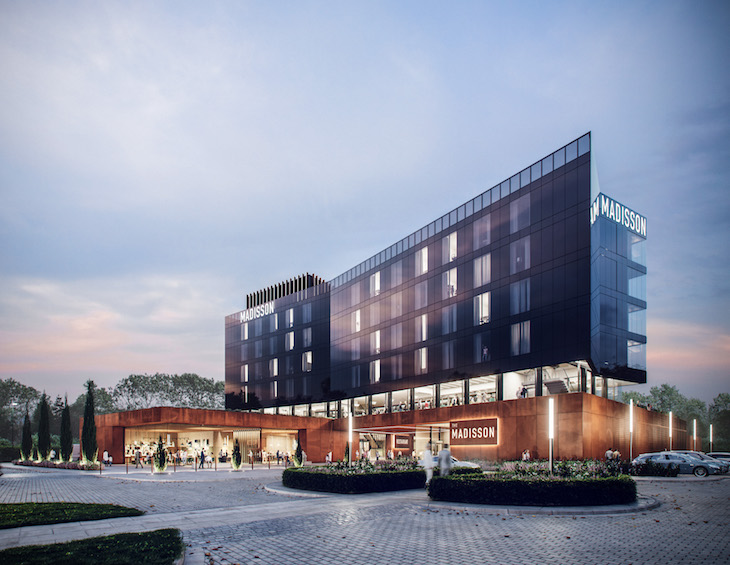 Our public consultations confirmed this: many locals voiced their worries that a hotel of the traditional sort could detract from the area, and that a radically different approach was needed. We took these concerns on board, asking consultees what sorts of facilities would be useful to them, and designing a scheme which is as much a community hub as a hotel. The proposals include a range of spaces open to the community, such as a gym, restaurant and bar. Public realm was also key to our designs, and we explored various ways to bring local residents onto the grounds, giving the landscape an open, accessible feel that interacts sensitively with the riverbank bordering the site.

The very flexibility of this approach means that it can work for any community, in any location. We’re currently delivering a hotel for Radisson in Kyiv, Ukraine, which includes a hybrid lounge/coffee/restaurant space with an open design – reflecting a wider openness to the surrounding neighbourhood. By breaking down the boundaries between types of spaces – and using the ground floor of a hotel as a fuzzy threshold – it’s possible to encourage the kind of unplanned interactions and sharing of spaces on which communities thrive.

Of course, embedding a hotel in its locale isn’t just down to the architects and engineers who design it. Marketing teams have to strike a careful balance between promoting the hotel’s brand and responding to the spirit of a place, the unique “vibe” that defines a district. The most effective way to do this is to make flexibility central to your brand: Hotel Indigo, an IHG brand that I’ve worked with in the past, does this particularly well by using the sights and sounds of their urban locations to inform every detail of the hotel’s design, from public spaces to private rooms. IHG is certainly not the only client I’ve worked with to take this approach, with companies such as Radisson and Hilton offering similar “lifestyle” brands.

The risk here is that a design can simply mimic its environment, becoming a pastiche rather than a reflection. Again, engagement with the community is key. It’s impossible to tap into what makes a city like Newcastle or Marrakech, Sydney or New York special without taking cues from the people who call those cities home – especially when clichés about “the typical New Yorker” are so widespread. Our redevelopment of Oxford Castle – including a Malmaison hotel converted from a Victorian prison – is a classic example of this, reflecting a part of the city’s culture and history which has very little connection to the more famous university, and integrating hospitality with bars, restaurants, shops and a visitors’ centre.

Getting this right means paying attention to the details, and taking a holistic approach. Employees aren’t just brand ambassadors: they’re community ambassadors too, trained in the kind of local knowledge that adds serious value for guests looking for hidden gems nearby. A local hiring policy takes this a step further, ensuring that your staff have a genuine connection to the hotel’s surroundings while creating jobs that support the area’s economy. Bookable spaces for businesses and a local supply chain complete the picture – transforming an out-of-place visitor from out of town into a place in its own right, with the town’s blood running through its veins.

“Staying local” has taken on a whole new meaning in the last year, and it’s sure to be a phrase that resonates with us for many years to come. By bringing hotels into a deeper, richer conversation with their surroundings, we can help give a much needed boost to communities which have suffered through lockdown. It’s also a surefire way to protect our industry from relying too greatly on travel – making it stronger, more adaptable, and better equipped to deal with an uncertain future.

ADP Architecture is one of the brands that has taken advantage of our Industry Support Package. To keep up to date with supplier news, click here.