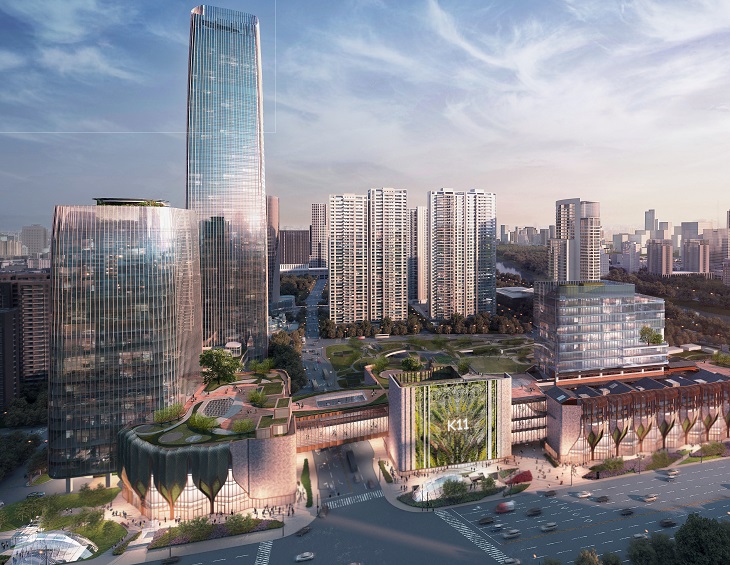 Rosewood has unveiled drawings for a new luxury hotel in Ningbo, China, which is slated to open in 2024…

Rosewood Hotels & Resorts has announced that it will continue to strengthen its presence in China with the opening of Rosewood Ningbo in 2024. The latest project adds to Rosewood’s growing pipeline in China’s ‘megacities’ including Guangzhou, Shanghai, Chengdu and Shenzhen, further expanding the brand’s established presence in Beijing, Sanya and the recently opened Rosewood Hong Kong.

Rosewood Ningbo is an example of the brand’s selective approach to strategic growth with unique and highly differentiated projects in locations that are finely attuned to the next generation of ultra-luxury travellers. One of China’s oldest cities, Ningbo has both a storied international trading history and a contemporary culture of dynamic innovation that combined provide a perfect backdrop for Rosewood’s newest project. “Ningbo is a vibrant city attracting a growing wave of young entrepreneurs and technology companies and is at the heart of innovation in China,” says Sonia Cheng, chief executive officer of Rosewood Hotel Group. “Combined with its rich history, the destination makes an ideal choice for Rosewood’s growing presence in China. Rosewood Ningbo will join its sister properties across China to create a rich collection of distinct and unique properties for our affluential explorer guests to access the rich diversity of China’s local cultures.”

Rosewood Ningbo will be ideally situated at the city’s junction of three major rivers and two prominent commercial axes, at the intersection of Zhongshan Road East and Jiangdong Road North. The area will be a new green landmark for the city with Ningbo New World Plaza designed as an eco-friendly environment with key sustainable concepts, including a bioretention pond, a rain-water garden, permeable pavements and ecological rooftops. Within walking distance from the hotel, guests will be able to access Ningbo’s bustling city life at the adjacent commercial districts of Heyi Avenue and the shopping area of Tianyi Square, with its multiple entertainment and dining venues. Rosewood Ningbo will be a perfect springboard from which to experience the city’s many historical attractions, such as Chenghuang Temple, Baoguo Temple, Tianfeng Pagoda and Tianyi Pavilion. Rosewood Ningbo will occupy levels 43-56 of a striking mixed-use high-rise tower. The hotel’s 185 guestrooms and 15 oversized suites will feature unobstructed views of the urban landscape.

Complementing the hotel’s guestrooms, generous and versatile spaces for meetings and events will be a hallmark of Rosewood Ningbo, including a 1,125-square-meter grand ballroom and other meeting facilities totaling an additional 1,055 square meters. Five innovative food and beverage venues promise an exciting addition to the dynamic local gastronomical landscape. The hotel will also feature Sense, A Rosewood Spa, an urban haven to unwind from the hustle and bustle of the city, on the 55th floor. An indoor pool and a fitness centre will complete this sanctuary of wellness for holidaymakers and business travellers alike.