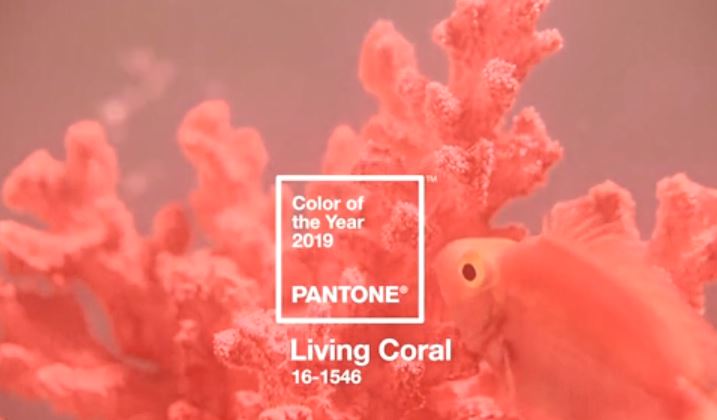 Earlier last week, colour expert Pantone determined that 2019’s colour of the year will be Living Coral, or Pantone 16-1546. Since then, though, there have been suggestions that the peachy orange shade, which is a clear and defiant move away from this year’s colour of choice, Ultra Violet, has been compared to cheap bridesmaid dresses or budget toilet roll, as well as it being considered as 60 per cent of the world’s remaining reefs are now at risk of being destroyed by human activity.

“While this year’s Ultra Violet shade evoked designers to feel at their boldest, Living Coral has been determined to layer a sense of calmness.”

In the original press release, the company described the colour as an “animating and life-affirming coral hue with a golden undertone that energises and enlivens with a softer edge. Sociable and spirited, the engaging nature of Pantone 16-1546 Living Coral welcomes and encourages lighthearted activity.”

While this year’s Ultra Violet shade evoked designers to feel at their boldest, Living Coral has been determined to layer a sense of calmness over interiors and expected to juxtapose the onslaught of digital technology and social media increasingly embedding into daily life.

It seems as if the opinion to create a smoother and softer environment is shared by other predictions, such as Dulux which recently announced that its colour of 2019 is a shade called Spiced Honey.

As some argue that one colour cannot resemble the current complex climate, others would argue that this bold marketing move has further raised awareness of one of the worst natural disasters happening in our oceans currently.

What do you think, is the horizon looking peachy orange Living Coral to you? Tweet us with your thoughts using @hoteldesigns