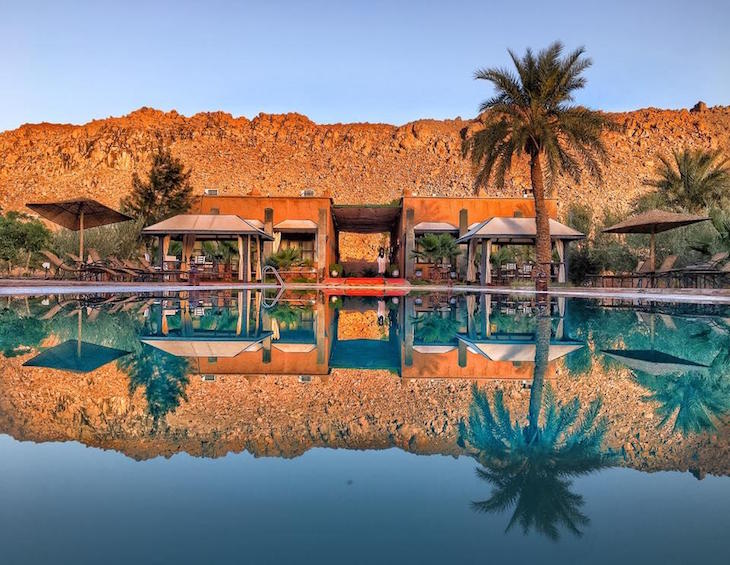 In an interview, Philippe Doizelet, Managing Partner of Hotels at Horwath HTL in conjunction with the Forum de l’Investissement Hôtelier Africain (FIHA), identifies four fundamental factors that are fuelling an increasing flow of investment into the hospitality sector in West Africa. Bench Events reports…

Air connectivity, better economic growth, currency and demographics are the four factors recently identified as being the catalysts for hotel development in West Africa.

Today, Africa is seen as one of the most promising regions for hotel developers. Aside from small chains and independents, four global hotel groups dominate signings and openings on the continent.

Over the last four rolling quarters, as of September 2019, Accor, Hilton, Marriott International and Radisson Hotel Group have opened 2,800 rooms and signed deals for 6,600 rooms. Across Africa, hotel development remains important in most advanced economies, such as Morocco and South Africa; and projects are multiplying in East Africa, especially in Ethiopia, Kenya, Tanzania and Uganda. In West Africa, Nigeria is back on the development scene thanks to emerging regional destinations beyond Abuja and Lagos. Francophone Africa is also moving fast. The Ministry of Tourism of Ivory Coast has launched an ambitious national plan for tourism development, Sublime Cote d’Ivoire, and already announced more than US$1bn investment in the sector. Senegal is the other regional star, with local programmes such as Diamnadio, Lac Rose near Dakar and Pointe Sarene. Other countries showing active hotel development include Benin, Cameroon, Guinea, Niger, and Togo.

“According to the UNWTO, international tourist arrivals in Africa grew by seven per cent in 2018, one of the fastest growth rates in the world together with East Asia and the Pacific.”

In the past few years, additional flight connections have transformed travel to and from West Africa, which, in the words of Philippe Doizelet, Managing Partner, Hotels, Horwath HTL, has been a game changer. He said: “It used to be that the main hubs for flying between West African countries were Paris and Casablanca. However, thanks to the rapid growth of Ethiopian Airlines and other carriers, such as Emirates, Kenya Airways and Turkish, the situation has changed; and new routes are offered to travellers. For example, it is now possible to fly direct from New York to Abidjan, where the African Development Bank is located, and to Lomé, where the Central Bank of West African States (BOAD) is situated… and with increased travel comes increased commerce and demand for accommodation.”

According to the UNWTO, international tourist arrivals in Africa grew by seven per cent in 2018, one of the fastest growth rates in the world together with East Asia and the Pacific. The flight data analyst, ForwardKeys, recently confirmed that trend continuing. In 2019, African aviation experienced 7.5 per cent growth and it is the stand-out growth market for Q1 2020. As at January 1, international outbound bookings were ahead 12.5 per cent, 10.0 per cent to other African countries and ahead 13.5 per cent to the rest of the world. As a destination, Africa is also set to do well, as bookings from other continents are currently ahead by 12.9 per cent.

The second factor is the superior economic growth of many West African countries, which are expanding substantially faster than many of the world’s most advanced economies. According to World Bank data for 2018, several, such as Benin, Burkina Faso, Gambia, Ghana, Guinea, Ivory Coast and Senegal are growing at six per cent per annum or better, more than double the world average, three per cent. That is a potent attraction to international investors. However, that’s not all; as prosperity grows domestically, so too does the local financial services industry. It then looks to invest client monies; and a good proportion of that capital gravitates towards real estate projects and, in turn, new domestic infrastructure. As those projects come to fruition, more prosperity is generated and so a virtuous cycle is stimulated, which acts as a catalyst for further economic development.

Currency is the third factor. Later this year, the CFA franc, which is pegged to the euro, is planned to be dropped and 15 countries in West Africa (ECOWAS) will adopt the Eco, a new, free-floating, common currency, designed to reduce the cost of doing business between them and so increase trade. However, whilst there is great enthusiasm for the Eco, it is somewhat qualified because the economies of participating countries are at different stages of development and governments may find it difficult to adhere to agreed guidelines for managing their economies.

The fourth factor is demographics. The population is young and the fastest growing of any major world region. According to Doizelet, it is also characterised by a hunger to learn and confidence about the future. “People are seeing their standards of living improve and they are keen to seize opportunities. We are seeing that mindset reflected throughout the hospitality industry; it’s incredibly refreshing and it’s attracting business.” He explained.

“Africa is not the easiest place to do business, but it is an incredibly exciting place because the opportunities substantially outweigh the threats.” – Matthew Weihs, Managing Director, Bench Events.

However, the picture is not all rosy. Horwath HTL also identifies four factors which threaten economic progress; they are security issues, political agenda, governance and increasing public debt. Although Africa today experiences much less conflict than it did three or four decades ago, when most African countries experienced war, some parts of the Sahel are still subject to security threats. On the political front, although democracy is continuing to spread, it is not yet the general rule everywhere, especially when come the times of major elections. Third is governance. Doizelet adds: “When people are poor and the state is weak, there will be corruption, but I’m not convinced that it is much worse than in other parts of the world.” The fourth concern is rising public debt, much of which has been incurred as long-term loans from the Chinese to build infrastructure. That said, the debt to GDP ratio of many West African states is still less than many highly developed nations.

Matthew Weihs, Managing Director, Bench Events, which organises FIHA, concluded: “Africa is not the easiest place to do business, but it is an incredibly exciting place because the opportunities substantially outweigh the threats. Every time we organise a hotel investment forum, I see more hotel openings being announced and I meet new players keen to enter the market. The FIHA delegates are literally constructing the future of Africa in front of our eyes and anyone who attends the conference has the opportunity to join in.”