LIVE FROM MILAN: Inside Tom Dixon’s new restaurant and showroom 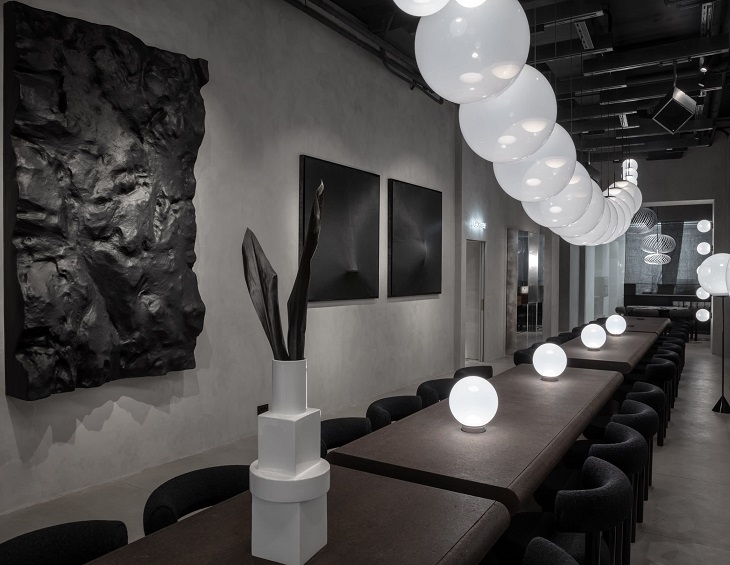 After five years of exhibiting in the traditional way during Milan Design Week, British design studio Tom Dixon has opened a new restaurant and showroom called The Manzoni in Milan to display his latest collection.

The new space has pre-opened and will reopen after the show as a permanent epicentre for guests to view the studio’s latest lighting, furniture and accessories collections.

Aptly named The Manzoni after the Italian novelist Alessandro Manzoni, the new 100-cover restaurant has been created by Dixon’s Design Research Studio.”With the city being so active and engaging right now, it is the right time to forget being temporary and build something permanent,” said Dixon. “Just like in London, we don’t think it’s enough to just have a showroom. We need a place where people slow down and experience our products in a live setting.”

Operating as the designer intends his products to be promoted – by being used and handled – The Manzoni is a living and breathing showroom and restaurant, which will be styled in true Tom Dixon style – think reimagined simple shapes, clean and crisp colours and even an immersive green jungle.

“The Manzoni is more than a restaurant,” says Dixon, “It is also an experimental space, a theatrical backdrop.” The concept was created so that guests to the restaurant can browse before they dine while showroom visitors can grab a bite to eat before of after browsing the latest products within the season’s collection. Visitors to both the restaurant and the showroom will be able to see the studio’s products in an active context.