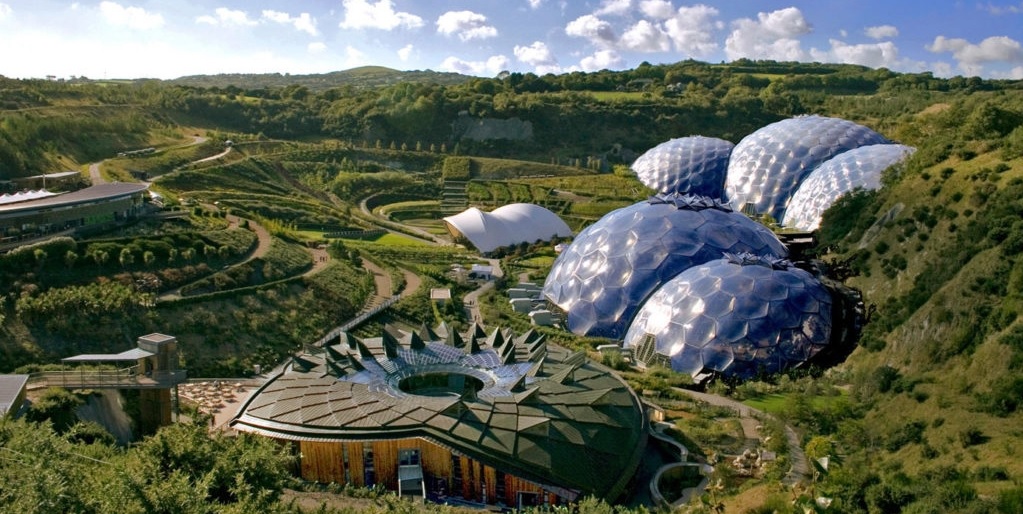 Since the UK’s famous Eden Project opened in 2001, more than 18 million people have visited the Cornwall’s most visited attraction: a pair of striking biomes, housing an indoor rainforest as well as 1,000 varieties of Mediterranean plant.

In 2015, the Eden Project, unveiled plans to construct a new 115 room hotel at its Cornwall location. The hotel was intended to “expand the site’s offering”, according to Eden Executive Director David Harland, and planning permission was granted for the proposal in June 2015. However, revised plans for the project were recently submitted following local concern about the scale and visual impact of the hotel on the surrounding landscape.

If the revised plans are approved, the new proposal will cost £8.5 million and have 109 rooms. The massing of the hotel will now be split into two blocks, providing a visual separation and decreasing the bulkiness in scale of the previous proposal. Materially it will echo natural colours and textures, using wooden poles and stone cladding to reflect the materiality of the immediate rural environment. The hotel itself will sit in a landscaped meadow and orchard, and new educational facilities will be built to accommodate the apprenticeship and degree courses that take place at the site.

Once approval has been received, the construction will be slated to start in 2017 with a view to opening in April of 2018. The complex will be sustainable and energy efficient, mirroring the agenda of the complex itself. Eden already has accommodation on site in the form of a 58 room youth hostel, which opened in 2014 to accommodate school groups on trips to the site.

This and more news can be found on the website of TOPHOTELPROJECTS, the specialised service provider in the exchange of cutting-edge information in the international hotel industry.