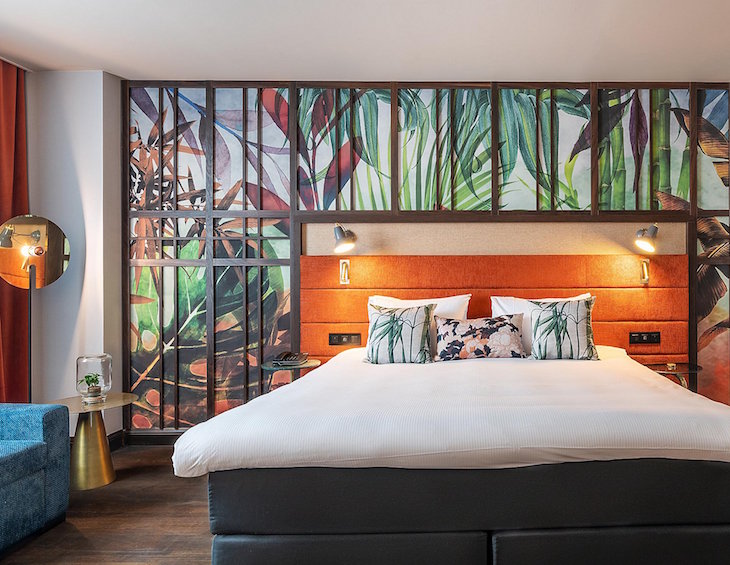 IHG has announced the opening of Hotel Indigo Brussels – City…

Just behind this bustling modernity lies a beautiful and tranquil green space, the Botanic Gardens, which became a dominant source of inspiration behind the interior design concept of the hotel. 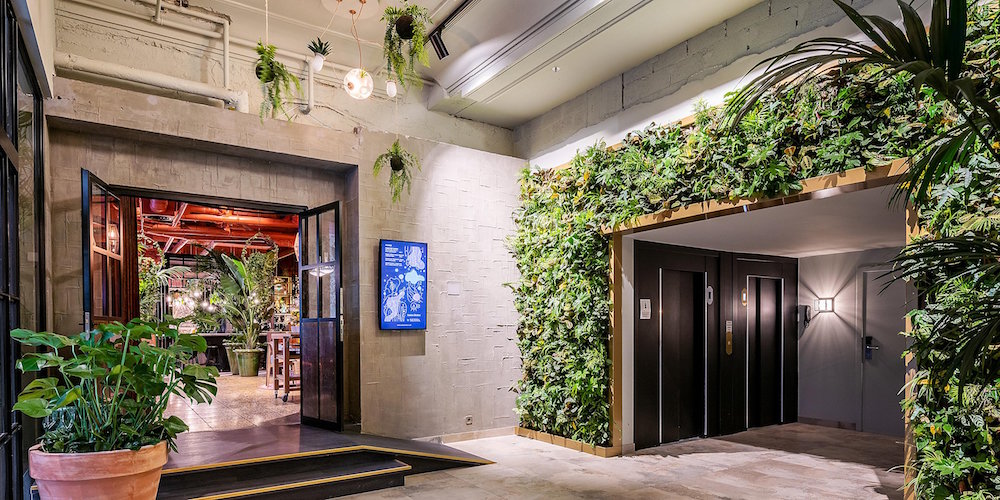 Hotel Indigo Brussels – City shelters 284 guestrooms, putting it on the larger scale of ’boutique’. Referencing its surroundings, the hotel’s rooms and suites feature three garden-inspired themes: floral, herbal, and tropical. The room designs mimic what used to be the grand greenhouse in the Botanical Gardens which was also split into the above three climates. Guests will be fully immersed into a unique botanical theme throughout the hotel, with the walls and some ceilings in the rooms boasting very bold botanic inspired patterns and self-sustaining PikaPlant Jars, the original airtight terrarium. Each room boasts premium bedding, a working corner equipped with complementary water, a coffee-machine, a smart TV, high-speed internet, and a spa-inspired en-suite bathroom with Art Deco touches.

Brussels is the epicentre of architectural treasures with unique neighbourhoods strewn throughout the city. From the Royal Quarter to the Grand Palace and Îlot Sacré which houses the city’s 15th century Gothic town hall, the city has a lot to offer those coming to visit.

“Hotel Indigo is IHG’s fastest growing boutique brand and is set to double over the next three – five years,” said  Eric Viale, Managing Director Southern Europe, IHG. The brand is now at home in over 100 different and vibrant neighbourhoods globally, which is an incredibly exciting milestone. We provide guests with the best of both worlds – the promise of a design-led hotel and the reassurance of a consistently upscale experience with the IHG name behind it.” 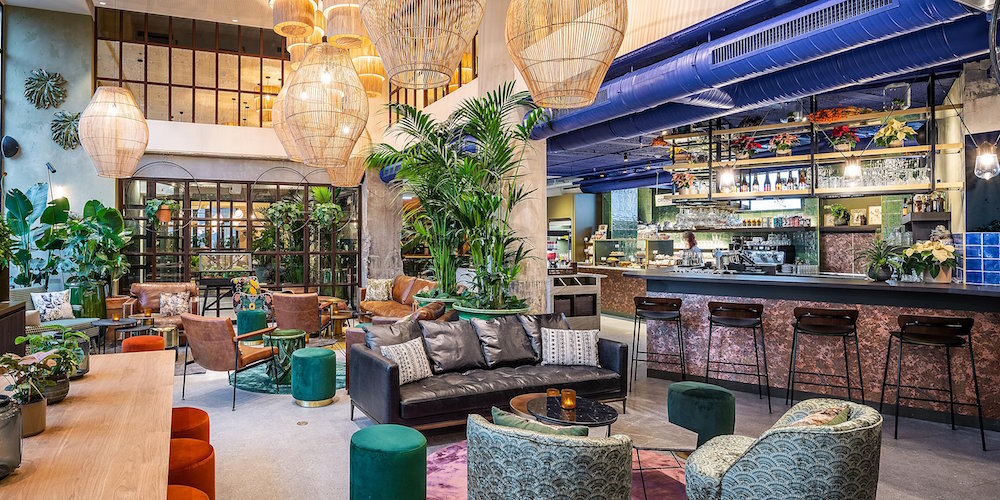 Hotel Indigo has amplified its presence on the international hotel design scene recently, with more than 112 properties open globally and a further 102 in the hotel pipeline, including Hotel Indigo Clerkenwell that Hotel Designs is following from concept through to completion.