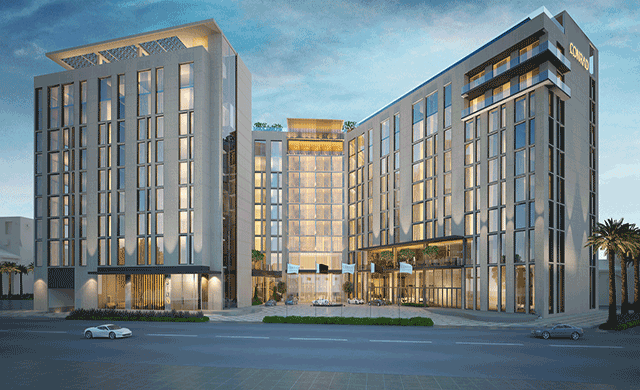 In an agreement with Assets Real Estate Development Company, Hilton has announced the development of the Conrad Doha as part of its luxury branch’s ongoing expansion. Hilton is one of many chains to begin expansion in the Middle Eastern country; already operating two properties in Qatar and seven others in the pipeline.

Located in the heart of Doha’s financial district, the hotel provides easy access to the city’s downtown and the new Hamad International Airport.

The 325-guestroom property will include 30 suites and approximately 10,700 square feet of event space, including the Grand Ballroom. A spa, fitness center, and outdoor pool will also make their debut along with seven onsite restaurants and bars.

“Momentum for growth in Qatar’s hospitality offering continues at a strong rate, owing to the significant focus being put on the country’s future as a truly international destination, in line with Qatar’s 2030 Vision,” says Carlos Khneisser, Hilton’s vice president of development for the Middle East and North Africa. We are delighted to have confirmed our latest Conrad hotel for the region, which joins a selection of prestigious properties in outstanding destinations worldwide.”

The Conrad Doha is slated to open in early 2019. Conrad Hotels & Resorts’ has a presence in numerous major cities around the world, including Dubai, Hong Kong, London, and New York. Eight new Conrad hotels will open in 2016 (including Conrad Makkah, slated to open this summer) and a further 23 hotels under development.