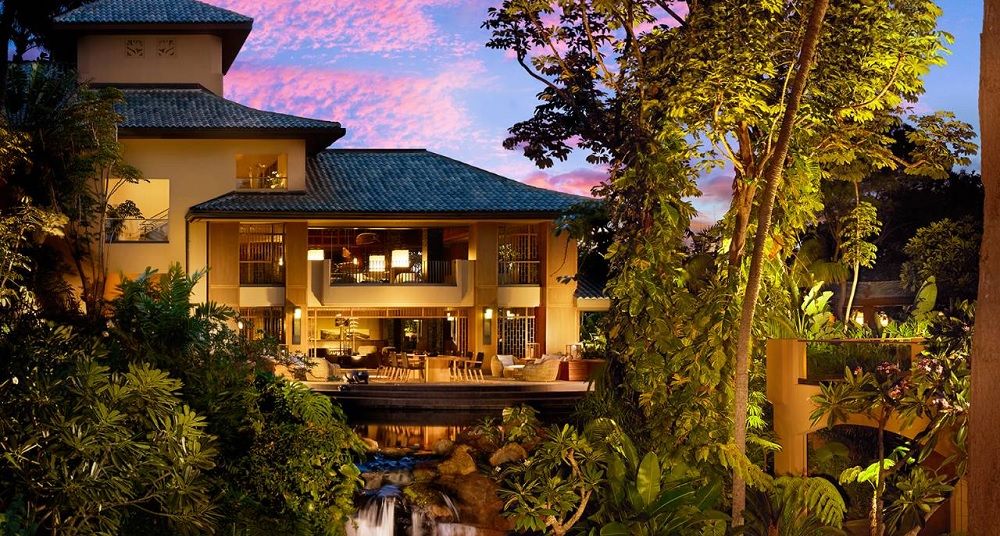 Formerly known as the Four Seasons at Manele Bay, the luxury Hawaiian resort Four Seasons Lanai has opened following a considerable $75 million transformation. The 217-room hotel, including 51 suites, opened on schedule with John Hardy responsible for the property’s management and logistic management services during the hotel’s revamp.

“Four Seasons Lanai is the finest hotel in Hawaii,” said John Hardy. “It was redeveloped to the highest standard, and with major upgrades in design and amenities, it will be a world-class destination for years to come.”

Interiors were designed by Las Vegas-based Todd Avery-Lenahan of TAL Studio, who has created a décor reflects the tones and textures of the island and adds an island aesthetic, featuring rich colours from the earth, sand and brush as well as thoughtfully curated artwork from across Polynesia, Micronesia and of course Hawaii. Renovation extended to the public areas including the lobby, spa, landscaping, pool spaces, multiple restaurants and bar, new retail boutiques and all guestrooms and suites.

Inspired by Hawaii’s diverse and storied influences, the interiors of the Four Seasons Lanai are comprised of an extraordinary material and details palette such as walls of teak and zebra wood edging artisan-produced Nepalese lokta paper and floors of mahogany laid with wool hand-woven area rugs. Fully integrated and intuitive lighting, temperature, service, and privacy controls offer a highly responsive in-room technology.