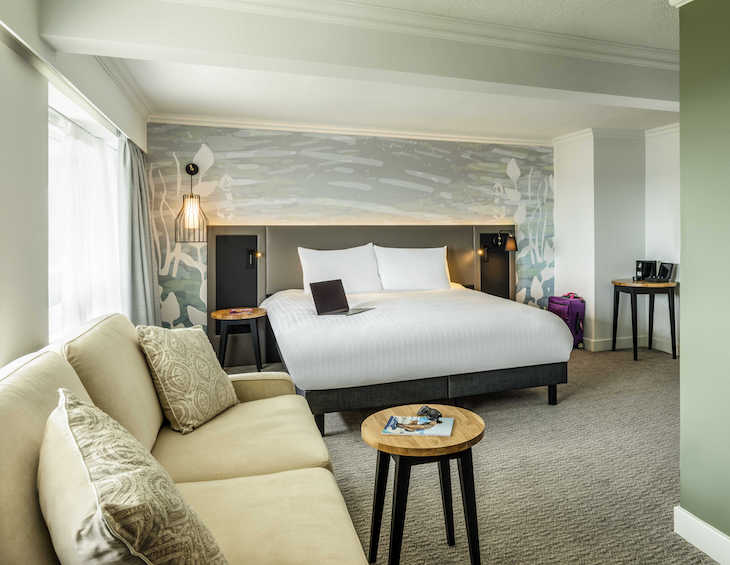 The architecture and design firm has recently completed Mercure hotels in Cardiff, Birmingham and Bedford…

The lead designer on all three projects, Craig Parry, has an impressive portfolio including ibis Styles Southwark, Doubletree by Hilton Snowhill, a host of other Mercure hotels, Hampton by Hilton Manchester and Old Bishops Palace Chester.

Parry has sensitively designed the hotels, inside and out, with the aim to balance consumer demands for fresh interiors as well as the need for flexible public areas while also retaining character and style in the architecture and the motifs sheltered within each property.

For example, the 121-key Mercure Bedford Centre Hotel is located in a popular destination for canoeing and kayaking, with the property itself encompassing elements of the area’s cultural and historic past, including timber features from canoes, water graphics and rowing illustrations.

Meanwhile, the new Mercure Cardiff North Hotel draws inspiration from local landmarks such as the Millennium Centre façade in Cardiff Bay, with details such as copper aesthetic lining and curated display items that encompass elements of the area’s cultural and historic past.

The Mercure Birmingham West Hotel is an urban retreat that consists of 168 rooms, which feature locally inspired and sourced artwork and design elements. 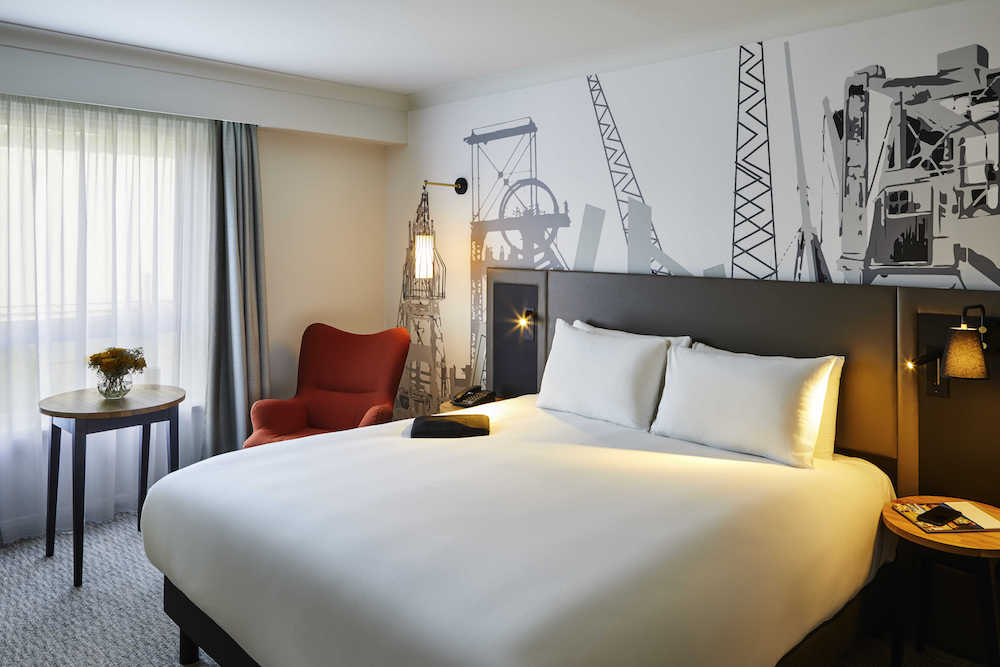 “Each hotel has the Mercure service and features that guests expect but they offer local touches too.” – Michael Brag, Chairman of Proark

Having previously operated under the Park Inn brand, the hotel is one of six across the UK to have been signed by Danish based property group, Proark, and rebranded to Mercure.

“We have worked closely with Accor since signing this portfolio of Mercure hotels and are extremely pleased with the result of the refurbishment. Each hotel has the Mercure service and features that guests expect but they offer local touches too, which we are confident will be well received by business and leisure travellers alike,” Michael Brag, Chairman of Proark told Hotel Designs. “For the design, we decided to work with Craig Parry, as he has vast practice experience in hospitality for Mercure, as well as independent boutiques, so we felt he was the right man for the job.”