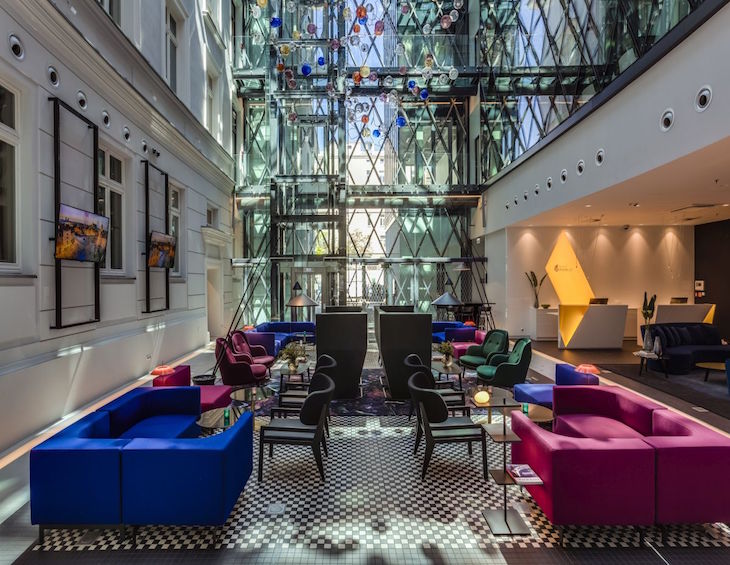 Hotel Indigo Warsaw is sheltered under a spectacular architectural shell. We spoke to the team at Kulczyński Architekt Workshop to understand the challenges and triumphs of designing the city’s latest boutique hotel…

In the Warsaw City Centre, in the tenement house at Smolna 40 Street, there is Hotel Indigo Wasaw – a boutique hotel that HD has followed from concept to completion – which is now visited by guests from all of the world.

They are being enchanted not only by a perfect location but also by the building itself – its elements have been carefully restored and also improved by skilfully adding modern architectural solutions, which together appear uniquely attractive. Bogdan Kulczyński, from Kulczyński Architekt Workshop, was responsible for the revitalisation of the tenement house. 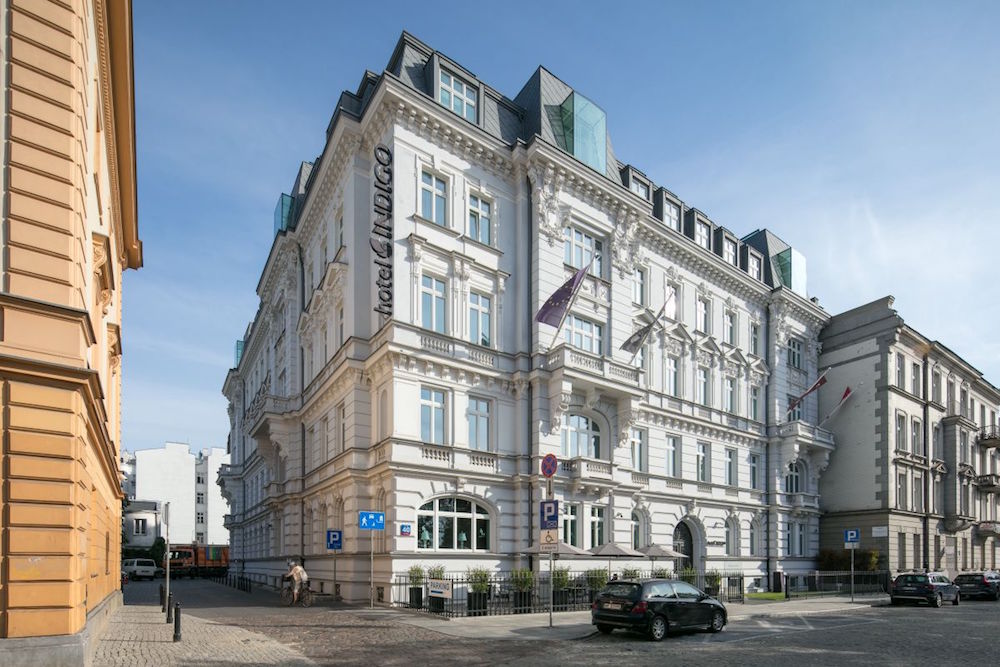 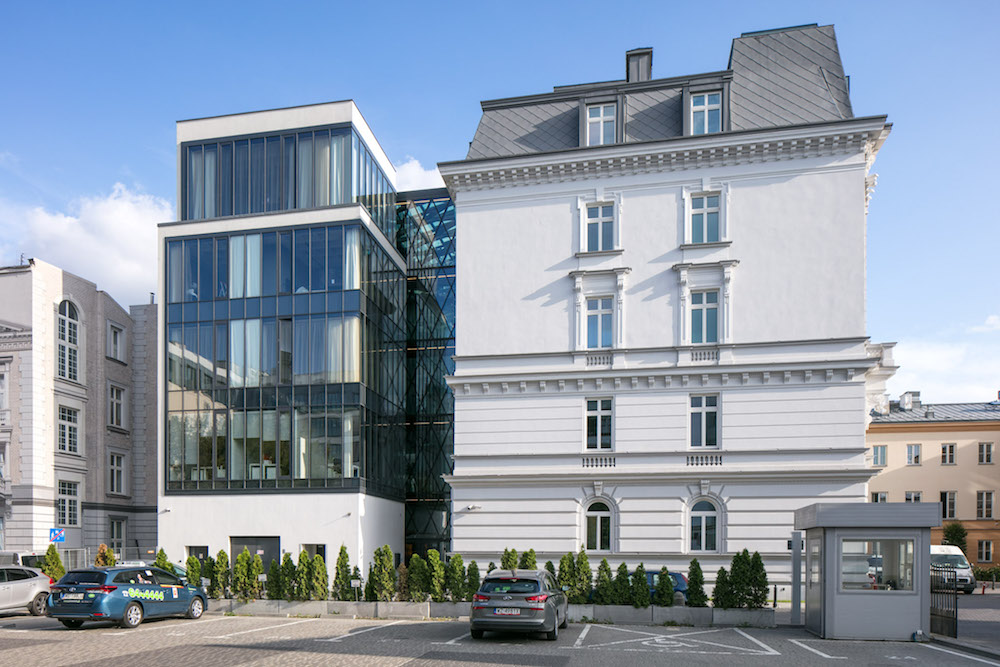 The history of the tenement house goes as far as the beginning of the 20th century when count Ksawery Branicki, owner of properties adjacent to Branicki Palace (at Nowy Świat 18/20 Street), decided to divide them into six parcels and build buildings on them, facing Smolna Street. Branicki entrusted a project of five tenement houses (the sixth parcel went to another owner) to Bronisław Brochwicz-Rogoyski. In the corner house, at the number 40, came into existence a summer residence of Branicki family – the construction was finished in 1903. More than 40 years later, during the Second World War, the tenement house was bombarded and plundered. In October 1945 Bolesław Bierut decided that the house was going to become a state property. The building was reconstructed again according to remaining plans and photographs. For a short time it was a main office of the First Secretary of Polish United Workers’ Party.

Up until the 1970s, when the building was regained by Branicki family, it was the headquarters of the Polish Socialist Youth Union. At the end of the 1980s, the tenement house was listed as a vintage building. In 2014 the building was bought by an investor who envisioned creating an elegant, boutique hotel in this place. The renovation project was entrusted to Bogdan Kulczyński who is an architect and has a lot of experience in this type of projects. Three years later Hotel Indigo opened its doors for guests. 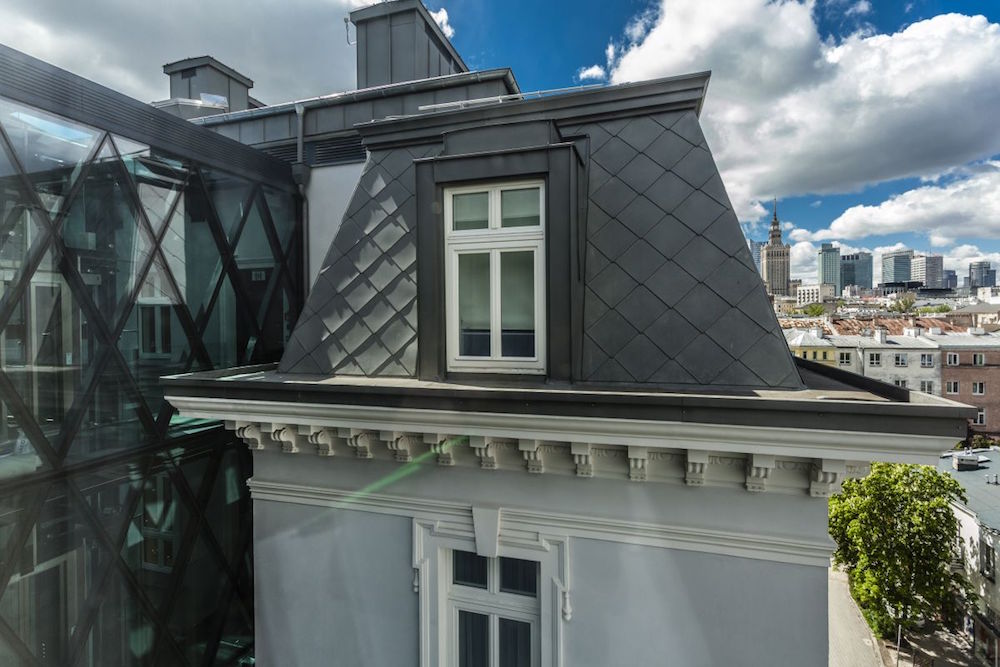 In search of tracks

Eclectic and heavily adorned elevation of tenement house at Smolna 40 Street, which was supposed to inform about status of Branicki family, was in a poor state. The original roof also did not survive – the highest floor was destroyed by bombs and fire. “One can say that the tenement house was scalped and the roof, which was reconstructed in the middle of the last century, did not match at all with the whole building,” said architect Bogdan Kulczyński. “We knew that initially it must have looked differently. A conservator agreed to some little adjustments to the roof but did not agree to add an entire floor.”

The architect and his team were forced to look in libraries and other historical sources for some hints how the original construction looked like. “At first we found a layout on which the roof was present, next we saw a movie, which was recorded from a plane but unfortunately after Warsaw Uprising,” says Bogdan Kulczyński. “Luckily, the walls, with traces of fire, were still standing – and based on them, we managed to reproduce a real height of the roof. This gave us an opportunity to acquire an immediate approval of the conservator to bring back a historical character of this building.” In order to point out that the roof is new and restored, it has been completed with lucarnes made of glass. They are not the only one modern aspect of the front of the building, but also introduce more light into hotel rooms. A modern, completely glazed annexe was built at the back of the tenement house. Connecting an original style with modern materials and elements is one of hallmarks of Kulczyński Architekt Workshop.

At first, the building was suitable for habitation but after the war it transformed into an office and with the passing of time its condition continuously deteriorated. – Patio was dreadful, one could here make movies about the end of the world – mentions the architect. In the revitalisation project every wall, ceiling and staircase were preserved. Interior patio, which today serves as a hotel lobby, is finished with a glass roof on the last floor and there is also a restaurant on high floor. In the underground part of the building there are conference rooms, technical infrastructure and kitchen. 2KUL Interior Design Workshop provided the refreshed hotel with interior design. “From an apartment building it transformed into a hotel, so its function is the same, the only difference is the time period for which people stay in,” Bogdan Kulczyński sums up. Hotel Indigo is an outstanding example of how an idea by an architect living and working almost one hundred and twenty years ago can be effectively merged with modern elements and functions.