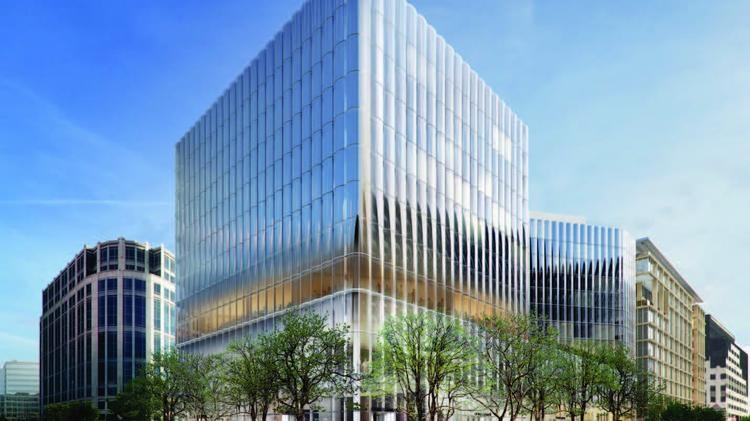 Construction has begun on the Conrad Washington D.C. – a 360-room luxury hotel in the centre of the city – and is expected to be complete in the first quarter of 2019.

The Conrad Washington, D.C. will further enhance the architectural excellence at CityCenterDC. The lead designers for the Conrad Washington, D.C. are Herzog & de Meuron, led by five senior partners including Pritzker Prize Laureates Jacques Herzog and Pierre de Meuron, with HKS Architects, Inc. as architect of record. The elegant hotel interiors are being designed by Rottet Studio, whilst Turner Construction Company is the project’s general contractor.

“We are excited to break ground on the Conrad Washington, D.C. because it means more jobs and opportunities for District residents and businesses,” said Mayor Bowser. “This development is another positive signal of our growing economy and our emergence as a national leader in hospitality and tourism.”

“We are thrilled with the opportunity to continue our successful partnership with Qatari Diar on our additional investment in the Conrad Washington, D.C.,” said Hines Managing Director Michael Allen, project officer for the Hines/Qatari Diar master developer team.

The hotel will add an additional 30,000 square feet of retail space that will complement the already successful luxury retail component of the first phase of CityCenterDC. CityCenterDC features a unique mix of local, national and international retail brands, cafes and restaurants with extensive street frontage. Several retail tenants have already entered into negotiations for space in the Conrad Washington, D.C. project.