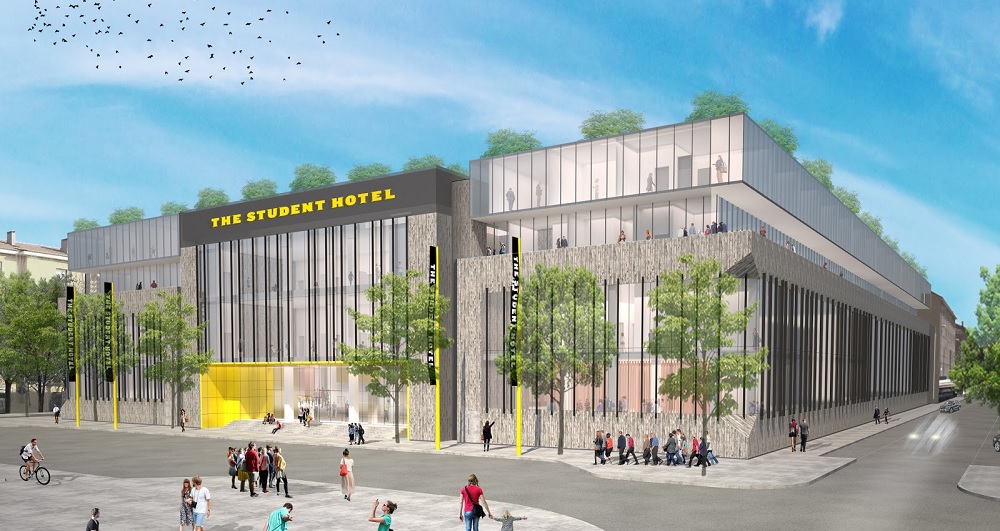 As part of its rapid European expansion plans The Student Hotel has announced the purchase of a second property in Italy that will increase its portfolio to 12.

The Dutch group that pioneered a hybrid model of high-quality hospitality has today unveiled plans for a second Italian property as part of its target to open 40 across Europe by 2020. With €365 million of equity committed by Perella Weinberg Partners and APG Asset Management, The Student Hotel continues to look for opportunities across the continent, seeking and developing dormant and unloved buildings to bring positive economic and social benefits to their neighbourhoods.

It plans to meet its expansion goal through a programme of similar acquisitions in Germany, France, Italy, Portugal, Spain and the United Kingdom.
Bologna will be added to its 11-strong portfolio of properties. In addition to its current 3,000 rooms in Amsterdam, Rotterdam, The Hague, Groningen, Barcelona and Paris, The Student Hotel will shortly open in Eindhoven, Maastricht and Florence.

“We are proud to announce our second Italian project in one of the world’s oldest and most famous university cities,” says Charlie MacGregor, the company’s CEO and founder.

“Via our fast-growing international network of student hotels we can support the Bologna community in its ambition to be a world-class region for innovation and talent. We look forward to working with local business, university and travel partners.”

Opening in summer 2018, The Student Hotel Bologna, located in the ex-Telecom office building in Quartiere Navile, will mirror the successful concept established in the Netherlands.

Contemporary architecture will frame the hotel, its rooms and studios, with a library, study areas, meeting and conference rooms, an incubator for start-ups, a games room, gym and bicycle fleet.