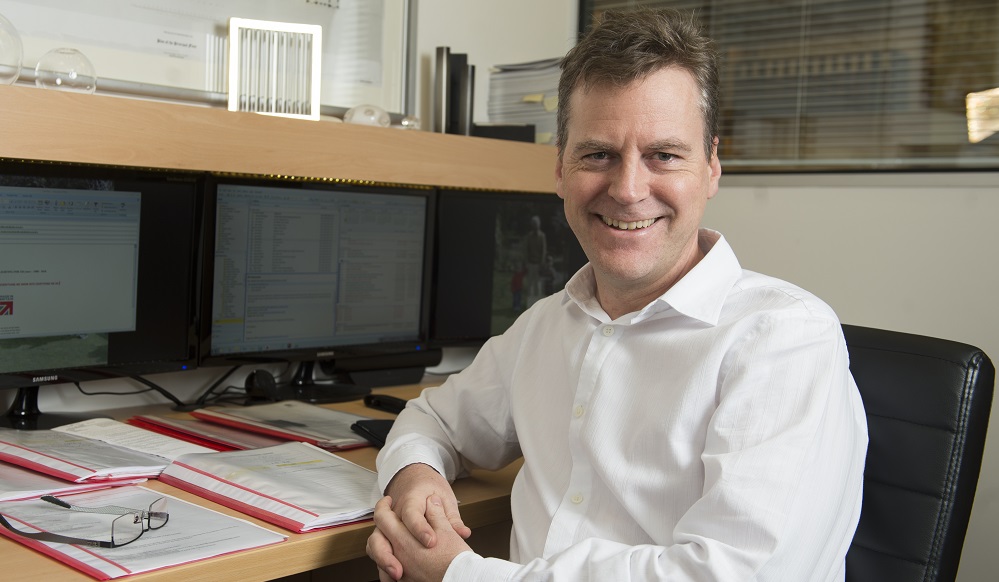 In this day and age of mass production and mass consumption, it is always a satisfying to find good craftsmanship, skilled work and years of experience combining – something Hotel Designs had the pleasure of witnessing during a recent tour of Dernier & Hamlyn’s factory in Croydon.

To look from the outside, you would be hard-pressed to remember that the company has been producing lighting of the highest quality for nearly 130 years and its pieces have featured in some of the most prestigious hospitality projects in that time. But once inside, that becomes very quickly evident. 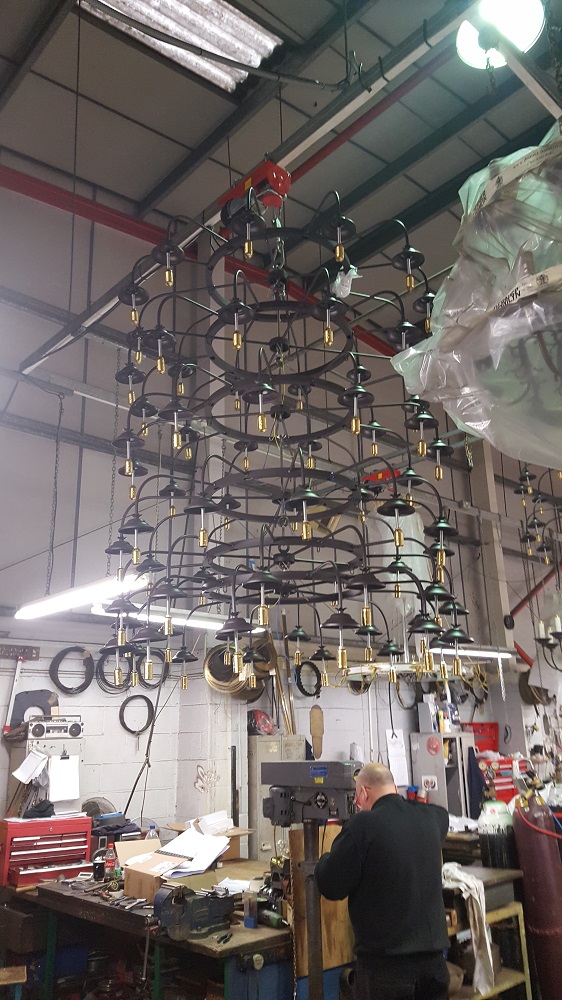 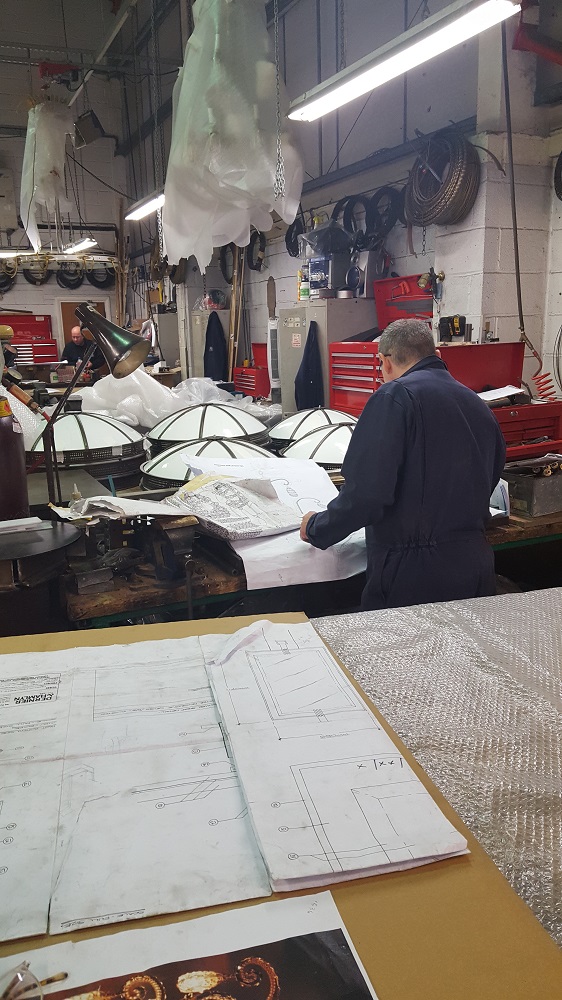 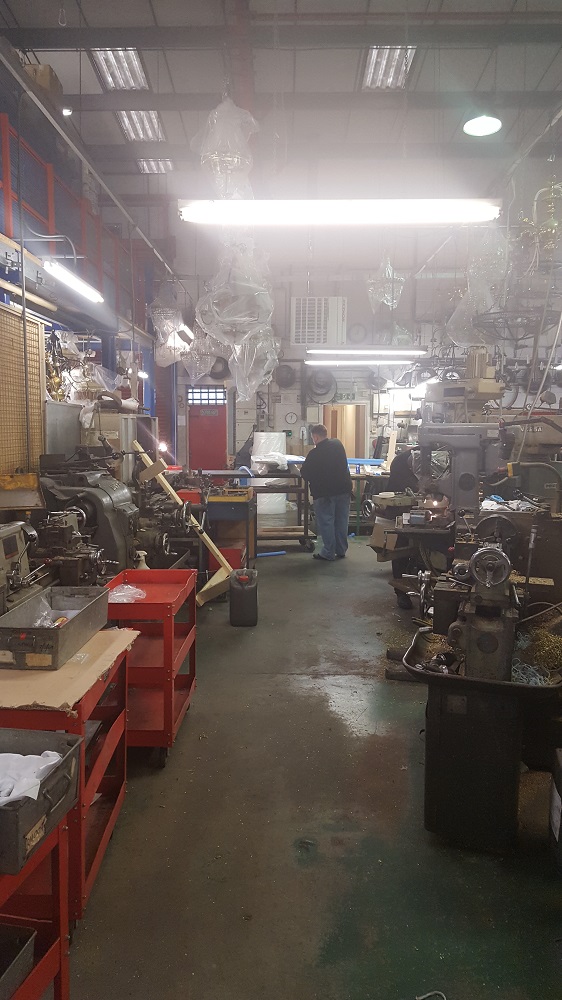 The small but close-knot and highly-experienced team, led by joint managing director Brian Spiking, are a hive of activity when I arrive – and I’m soon shown around getting a glimpse of some of the pieces they are working on and a privileged insight into the projects in which they will feature. Whilst walking around, Brian emphasises the blend of traditional methods of production and modern technologies – some of which are unique to the company; something designers like most about working with Dernier & Hamlyn – finely-tuned expertise and a rich heritage. 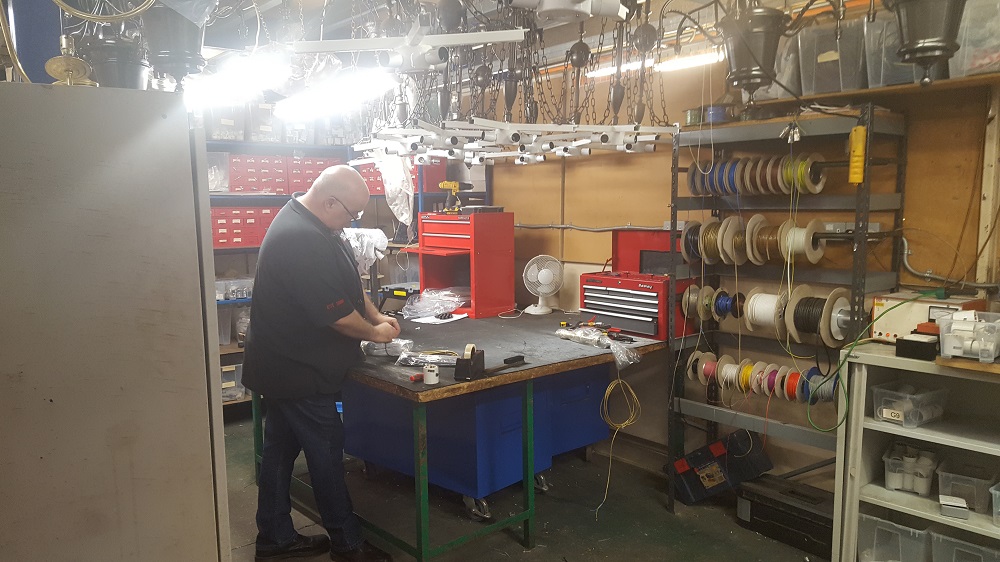 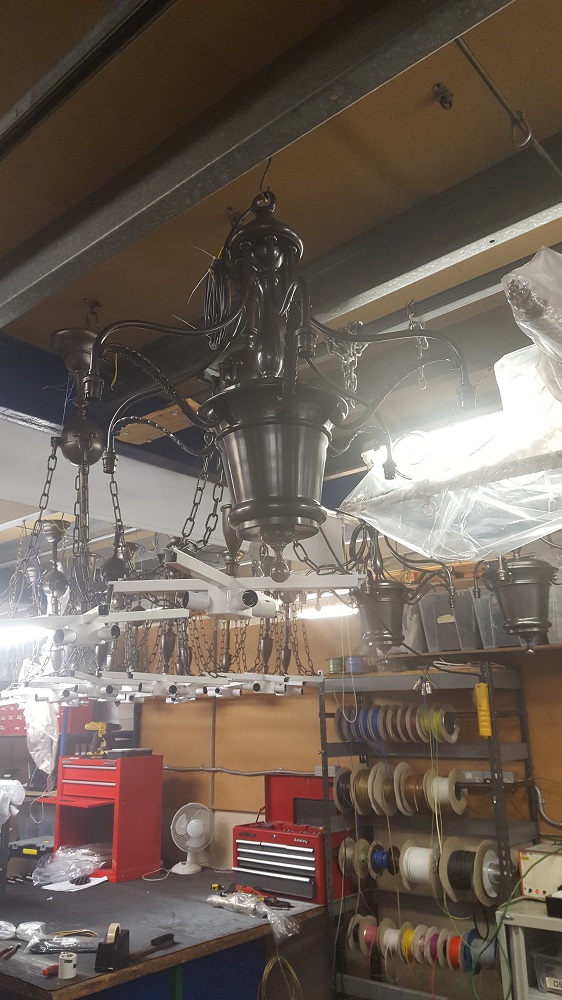 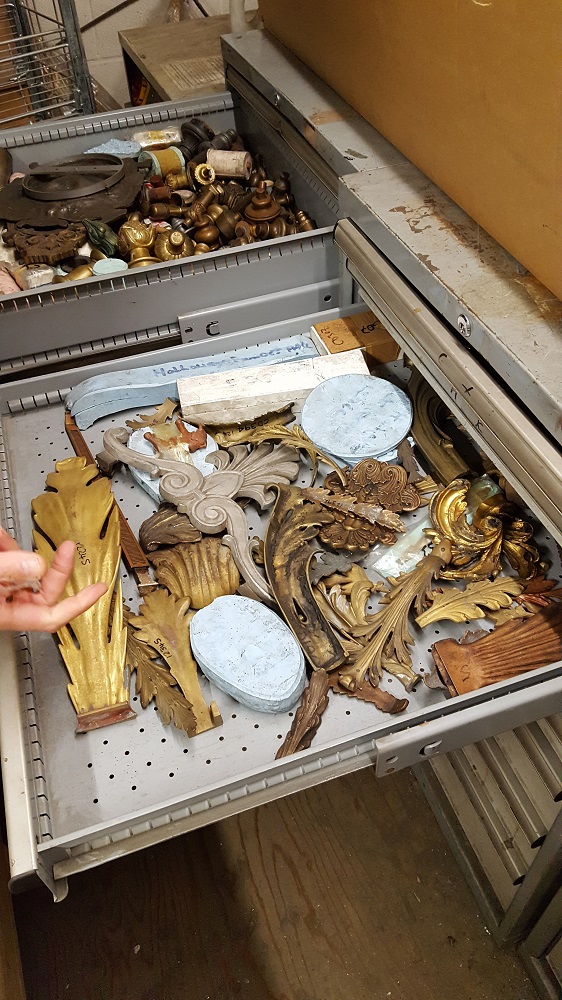 It’s the same with the design proposals front-of-house, too. I’m shown through the archives, with beautifully hand-drawn and hand-painted folios of designs of old; an extremely time-consuming and painstaking process if needed to be changed later on during a project. Today, some technical drawings are still produced by hand, but it’s combined with computer-aided-design, which creates a more complete vision for clients. Casting of prototypes with 3D printing – rather than the traditional method of wood and brass casting – has also streamlined Dernier & Hamlyn’s offering. This is a small but supremely efficient and successful operation, something evidenced by the numerous high-end hotels utilising Dernier & Hamlyn pieces around the world. Hotel Designs caught up with joint-managing director Jeremy Quantrill for a deeper insight into this unique company…

Hotel Designs: Could you give us a bit of history about Dernier & Hamlyn as a company and then your own background and your involvement with them?
Jeremy Quantrill: Dernier & Hamlyn has been a major player in the decorative lighting industry since the company was founded by Louis Dernier in 1888. We’ve always been London-based starting out by importing silks from France and China to make high quality hand decorated lampshades. By 1913 our customers included Liberty and our catalogue included more than 700 different lampshades and fittings, a truly vast product range for the time. During the First World War Lloyd-George’s Government placed orders with small companies across the UK to use their skills in new ways, which for us this meant manufacturing aircraft parts. After the war and throughout the 1920s the company continued to grow and in 1931 following various incarnations changed its name to Dernier & Hamlyn to reflect its new ownership.

In 2000, the same year as a management buyout, Dernier & Hamlyn was awarded the Royal Warrant to supply HM The Queen, which it still holds with pride. In 2001 the factory was moved to Croydon where it remains as one of the few UK companies actually designing and producing chandeliers, wall lights, lanterns, table lamps and other unique lighting products in its own premises. I run the company with Brian [Spiking]. I look after business development while he takes care of manufacturing and technical operations. Together we have worked for D&H for almost 70 years. However, we’re by no means unique, several of our people have been here for more than 30 which must say something about how much they enjoy their work!

HD: How important is the ‘bespoke’ element to what Dernier & Hamlyn do?
JQ: It runs through everything we do. We simply don’t produce off the shelf lighting. Each project has unique elements in the way it is designed, manufactured and installed. That’s what makes it such an interesting company to work for.

HD: Given D&H’s proud ‘made in Britain’ ethos, right now do you think there are enough companies doing this? Or indeed enough designers utilising companies that do?
JQ: I’m sorry to say no on both counts. While it can be cheaper to produce lighting overseas the quality is nowhere near as high as from British companies like D&H. Unfortunately, there is widespread misconceptions about the costs involved with bespoke lighting. Because our people have worked in the industry for so long it’s rare that they cannot find a solution to designers’ requirements that gives the look they want within their budget. They just need to talk to us and it’s amazing how innovative our guys can be with finishing techniques, lamping options and so on.

There is also a problem with companies which purport to “make in Britain” when actually all they do is import parts and fix them together here. That is not only misleading it is also unfair on companies which actually do what they say they do.

HD: How do the team find balancing technical practicality and the aesthetics of a designer’s vision?
JQ: Because many of them have been around for a long time they invariably come up with lighting that ticks all the boxes. We have lots of examples of how they have tackled this type of thing. For Rosewood London, Martin Brudnizki Design Studio wanted 2 metre-high globe chandeliers. The aim was to produce a Verdigris effect to emulate weathering by the British climate. While brass and steel were considered, they would have resulted in chandeliers that were much too heavy for the ceiling. Producing them in aluminium and using specialist finishing techniques means they are not only lighter and less expensive but also look exactly as the designers had envisaged. (Video below)

HD: Dernier & Hamlyn work with boutiques right up to five-star mega projects – which is easier to manufacture for? What are the different challenges?
JQ: It’s less about the location and more about the designers and clients involved. Working with people who have a clear vision for the space and how the lighting fits into the design narrative are a pleasure whatever the engineering and manufacturing challenges.

HD: And finally, is there a specific D&H project that you are particularly proud of?
JQ: There are many. It’s the pride in what our team produces that keeps me here. I think my favourite hotel projects have been at The Connaught where we have worked for designer Guy Oliver on many occasions. Then there is Claridge’s which interprets my favourite design period, art deco, in beautiful ways. Although there are few luxury hotels in London and in many other places around the world where you won’t find statement lighting that has been made by us.