50-room boutique The Ramble to open in Denver’s RiNo 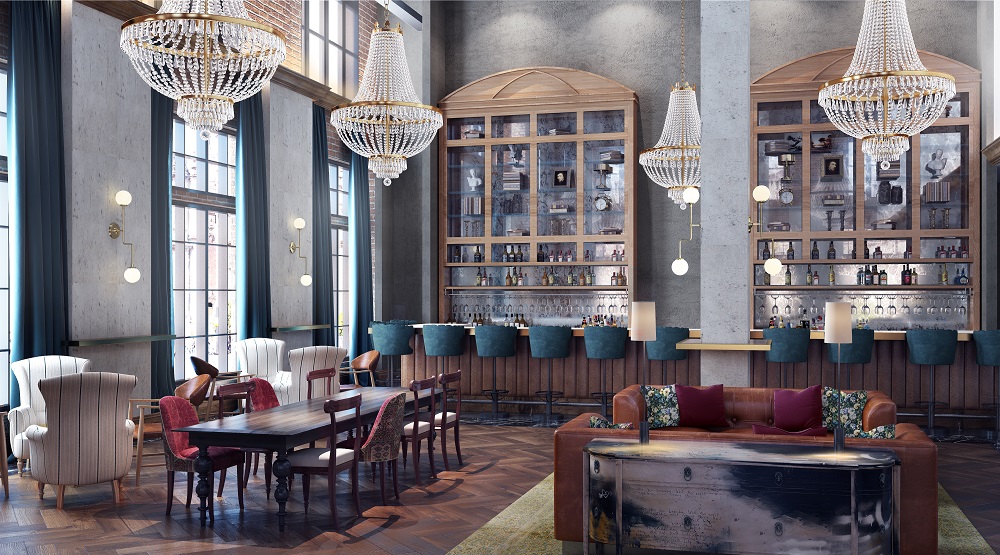 The Ramble, an independently-owned  hotel will open in late 2017 with 50 guestrooms, an intimate theatre and bar and flexible meeting space.

Located at 2450 Larimer St., just north of Downtown Denver, the hotel will be among the first to open in the burgeoning RiNo neighbourhood. Known for its blend of urban grit and industrial revival, RiNo’s historic warehouses and factories now house jazz bars, restaurants, brewpubs, art galleries and working studios.

RiNo’s distinct character will be an inherent characteristic of The Ramble Hotel, which is being developed by local Denver firm, Gravitas Development Group. The firm, which is behind many notable projects in some of Denver’s most sought-after urban neighbourhoods, pays close attention to the personality of each enclave in which it develops, creating projects that are tailored to the individual cultures and residents of each. Most recently, Gravitas developed 25th & Larimer, a mixed-use complex made entirely of shipping containers, located directly across the street from the new project.

“Not only is our most recent development in RiNo, but our office always has been as well,” said Ryan Diggins, Gravitas Development Group partner. “The neighborhood is fertile ground for artists and creative entrepreneurs, and we hope to create a space where travelers and locals can personally experience the art, authenticity and ambition that make RiNo so great.”

Los Angeles-based Avenue Interior Design (Avenue ID) is directing the interior design concept, including execution of all public spaces and guestrooms at the hotel. Leaders in the hospitality industry, Avenue ID has not only created interiors for notable boutique brands such as The Redbury and Kimpton Hotels, but also for larger brands such as The SLS Hotels and MGM Resorts International. Design at The Ramble Hotel will integrate industrial elements inherent to the RiNo neighborhood with eclectic “found” elements, and soft, luxurious fabrics that highlight patterns and texture.

Johnson Nathan Strohe (JNS) is the architect of the project. Throughout the past 23 years, the firm has worked on multiple award-winning design projects, and has designed numerous new-build and renovation hotel projects, including six large-scale urban hotel projects on the National Register of Historic Places. The Ramble Hotel’s intended permanence as a fixture in the neighbourhood will be evident through its exterior, which will display a high level of detailed masonry work not often seen in new-build projects.

The ethos of the hotel will be fully embodied within its lobby, a 4,700sq-ft space with 20ft ceilings. The hotel takes inspiration from French salons of the 17th century, and the salon’s utility in society as not only a platform for the exchange of ideas through conversation, but as a catalyst to creating community. As such, the hotel’s name is a nod to Catherine de Vivonne, Marquise de Rambouillet, a renowned salon host known for her egalitarian gatherings in which participants from all walks of life, who held sincere and passionate ideas and a love of good conversation, were welcomed.