25Hours Hotel Paper Island in Denmark to open in 2024 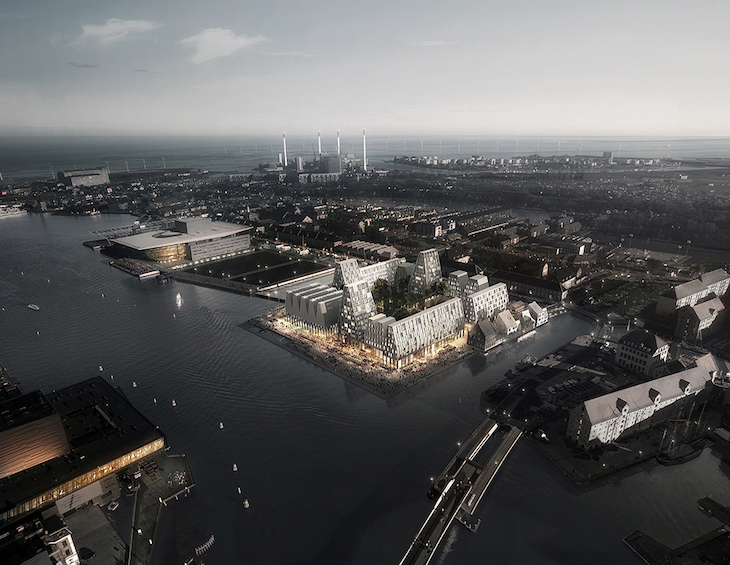 The hotel will become 25hours’ second property in Copenhagen, following the brand’s announcement to debut the brand into the region earlier this year…

Following the first 25hours hotel in Copenhagen was announced in February 2019, the hotel brand has announced a second hotel to debut in Copenhagen. The 128-key Hotel Paper Island, which is slated to open in early 2024, will be located in the centre of Copenhagen on an island called Christiansholm.

Florian Kollenz, Chief Development Officer, is particularly thrilled about the group’s success in Denmark. “The only thing better than one hotel opening in a new city is two openings,” he said in a press statement. “We’re very proud to be working on the new hotel project with CØ P/S, a consortium consisting of pension fund Danica and project developers Nordkranen and Union Kul.”

The island of Christiansholm is also known as Paper Island, because of the giant rolls of paper that were stored there for Danish newspapers. In recent years, the island has developed into an urban destination at the heart of Copenhagen’s harbour district. The Opera House and theatre are located nearby and the area will continue to develop with a new public park and promenade encircling the entire island to open next to the hotel. A new waterfront culture centre is also planned, which will highlight the great importance of water in Copenhagen’s history.

“We look forward to the collaboration with 25hours Hotels on Paper Island. The team around Christoph Hoffmann has a very professional, and at the same time has an untraditional approach, which we fell in love with at our first encounter. We are confident that 25hours will be welcomed not only by future guests, but also by all the inhabitants of Paper Island,” says Klaus Kastberg, CEO in Unionkul Ejendome, on behalf of Udviklingsselskabet CØ P/S.

COBE, Danish architecture experts, will spearhead the 128-room hotel project and 25hours will once again be turning to Stylt Trampoli from Gothenburg for the interior design. The award-winning 25hours Hotel Das Tour in Düsseldorf was also designed alongside the Swedish team in 2018.

Michael End, Managing Director, is excited about the details in store: “At 25hours, food and drink should and must play a central roll. We’ll be working on Paper Island with both brand new and proven partners. As well as a restaurant and cafe on the ground floor, a rooftop bar is also planned. At the moment, my favorite part is the two house boats in front of the hotel for which we are currently evaluating various concepts, including a sauna and bar.”