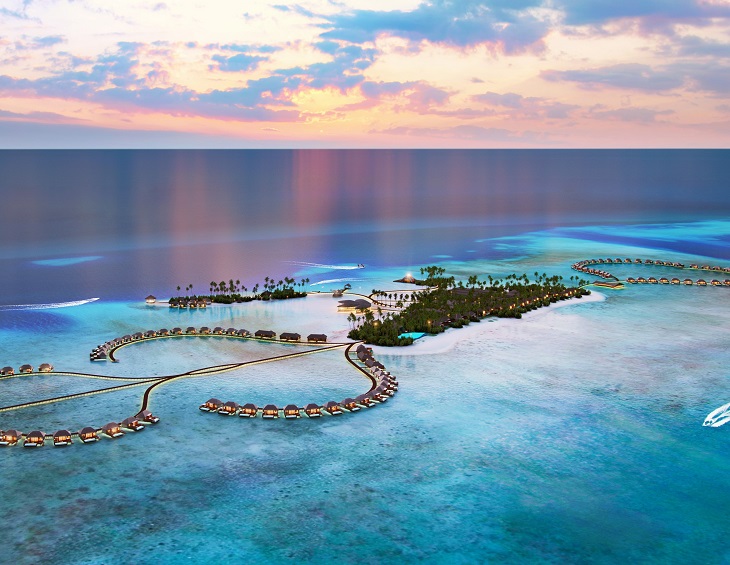 The President of The Maldives has announced that the tropical region made up of 26 ring-shaped atolls will welcome 20 new resort openings this year. In his presidential address to a sitting of parliament, President Ibrahim Mohamed Solih has said with the new resorts, the number of beds in the country will increase to more than 47,000.

“By the end of last year, 1.4 million tourists from around the world visited the Maldives, and there were 145 resorts and 521 guest houses operating with a total of 44,860 beds,” the president said as reported by Top Hotel News.

Tourism and hospitality in the tropical nation has been steadily growing in recent years. Eleven new resorts opened in 2016, followed by at least 15 new resorts in 2017 and 20 new properties last year. Over the past few years, dozens of uninhabited islands have been leased to local and foreign resort developers as well. Several international brands have entered into the market too, increasing the number of resorts in operation to more than 140.

Singapore’s Park Hotel Group has opened its first resort in the Maldives, while major international hotel chains such as AccorHotels have entered the Maldives with three openings, including Mercure Maldives Kooddoo Resort, Fairmont Maldives Sirru Fen Fushi and Mӧvenpick Resort Kuredhivaru Maldives, with two more in the pipeline.