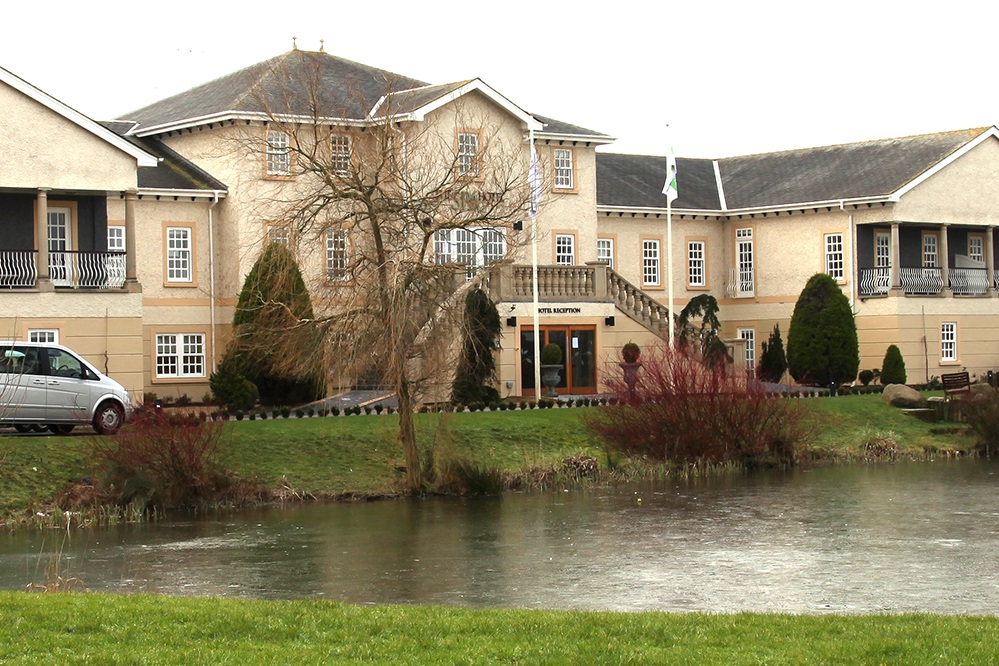 Lancashire can appear a very strange place full of witches and forests as well as seaside towns and industrial centres. In the late 18th & 19th centuries this was the richest corner of our planet.

Towns around here were built on natural resources – small pits still pose a threat occasionally when a driveway or horse will disappear into an unmapped shaft of a small coal mine worked by maybe only two or three men. But coal there was, along with plentiful water, and with a damp atmosphere this trio of resources provided the preconditions for the growth of cotton spinning and weaving.

The towns grew as people flocked from the land to the new high paid jobs in industry and high paid they were initially. The new factory workers gained holidays and factories would close for ‘Wakes Weeks’ which exploited the new phenomenon of the railway to provide mass package tours to exotic destinations like Blackpool and Morecambe. Taking their own food with them for their landlady to prepare whole towns would decamp to the coast – it was said that during ‘Wakes Week’ the only thing that moved in Bolton were the hands on the town hall clock. 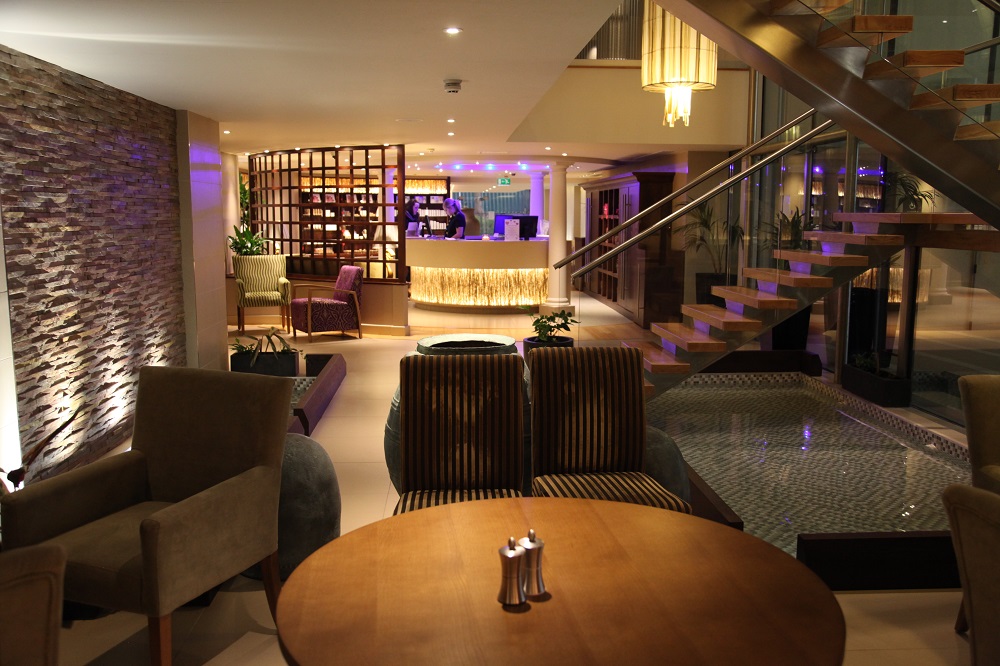 Whole families would holiday together and take up lodgings in B&B’s or small seaside hotels. Nowadays the mass travel is to the sun, and despite the ‘Golden Mile’ and its sandy beaches the resorts of the North West lost popularity as their hotels failed to keep up with the standard set by the new resort hotels on the Costas. The story of the last 50 years has been of the struggle and failure of the British hospitality industry to compete for ‘staycationers’ by offering facilities and interiors to match the best of those in warmer locations. A failure compounded by government antipathy, planning obstacles, high taxation etc. etc…

Ribby Hall Holiday Village is an imaginative effort to provide a family holiday environment at a high quality on the Fylde coast just outside Blackpool, and the Spa Hotel is intended to provide a high end luxury highlight in the provision. The whole village boasts a five star rating from Visit Britain but I view this with the same scepticism as I do to the award of five stars to other hotels that have failed to meet the organisations published standards. The antipathy towards hospitality seems to be continuing in the government’s failure to match set UK standards to that of the competition abroad.

Ribby Hall provides a Spa that is superb, well designed and five star. Bedrooms too, are done to very high standards but despite the efforts of the designers the operation itself seems to me to fall short of a true luxury experience comparable say to that of Relais Chateau or the top end InterContinental’s such as Mar Menor – the five stars boasts invite comparison with when raising this standard. It may (or may not) have standards head and shoulders above similar properties in the North West but his kind of parochialism is inappropriate in the hospitality industry and certainly should not be indulged by organisations like Visit Britain if they are to provide credible guidance to overseas tourists. 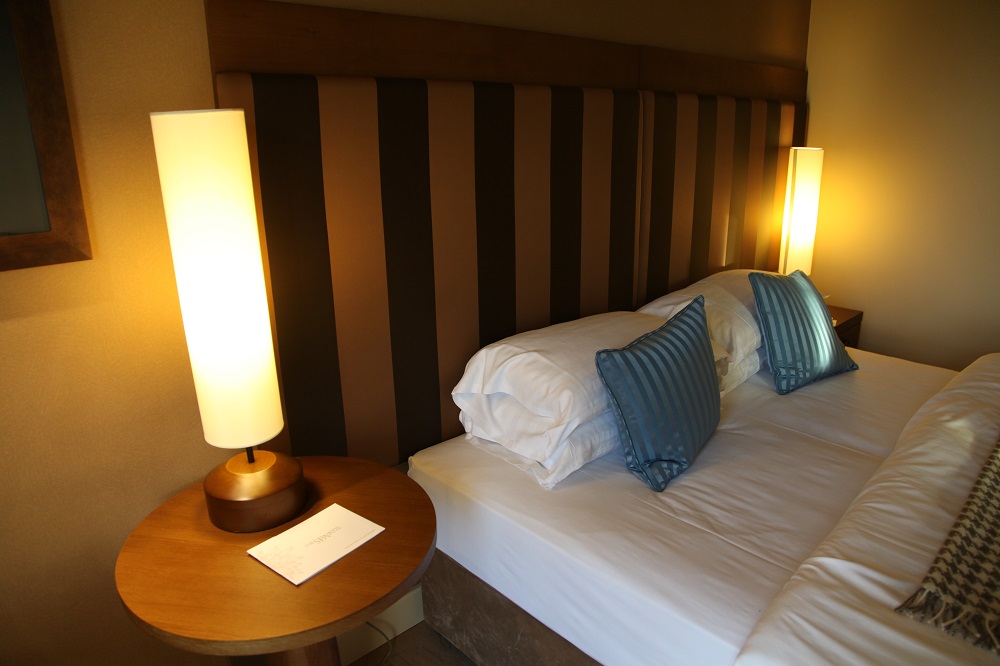 It may be argued that the clientele for this hotel are local. That may be so but the pull of a good spa reaches across the whole North West, an area with many wealthy individuals who are experiencing the delight of the Ribby Hall Spa weekly but whose standards may be set by the Spa at the Twelve Apostles, or the InterContinental Berchtesgaden. The Spa competes with the best I have seen elsewhere – very different but certainly competitive in its differences, but the question remains does the rest measure up at a five star level? Visit Britain plainly think it does.

The Spa is the centrepiece of the operation. The whole of the building was removed leaving just the facade intact a ‘gut job’ if ever I saw one. The Spa takes up the central part of the building behind the entrance lobby and also has its own entrance to the side, with its own reception desk and car parking. Serving not just the rest of the Village but also (I suspect mainly) a large day spa clientele the Spa is busy and popular. The restaurant to the hotels is mainly a bistro for the Spa but the logic of the bistro and kitchen design has been compromised somewhere during the development.
The kitchen and restaurant are both too small to service the guestrooms adequately and the expectation may be that guest will go to the main restaurant in the Village but this is a very long walk away through Lancashire weather to be an option in a five star operation. 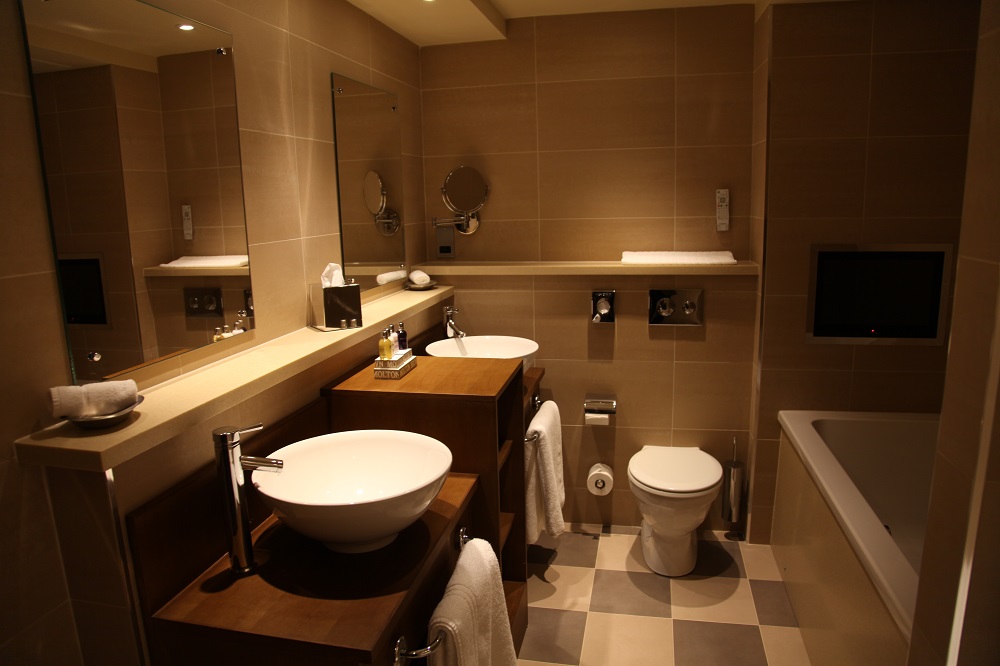 The bistro itself is cramped, and I am baffled how the chef produces such high quality food in a kitchen that is far too tiny and badly planned to do the job. The problem is that the space occupied by Restaurant and bar is divided by access routes and is too small for service to both the day spa customers and the guest in the bedrooms. The restaurant is open on one side to the Spa and pool area so that guests in the spa can order food and sit in the Spa’s own dining area to eat.

That this doesn’t work is shown by the blockade of plant pots the operator has put in place to separate the Spa off from the restaurant . There is a sliding door to separate off the Spa dining area from the main restaurant. Unfortunately at some stage a decision was made to delete one of the kitchen doors and the result is if the sliding door is closed there is no route from the kitchen to the restaurant itself. I suspect the deletion of one of the normal two service doors (one in, one out) was made to increase the available space in the undersized kitchen area. 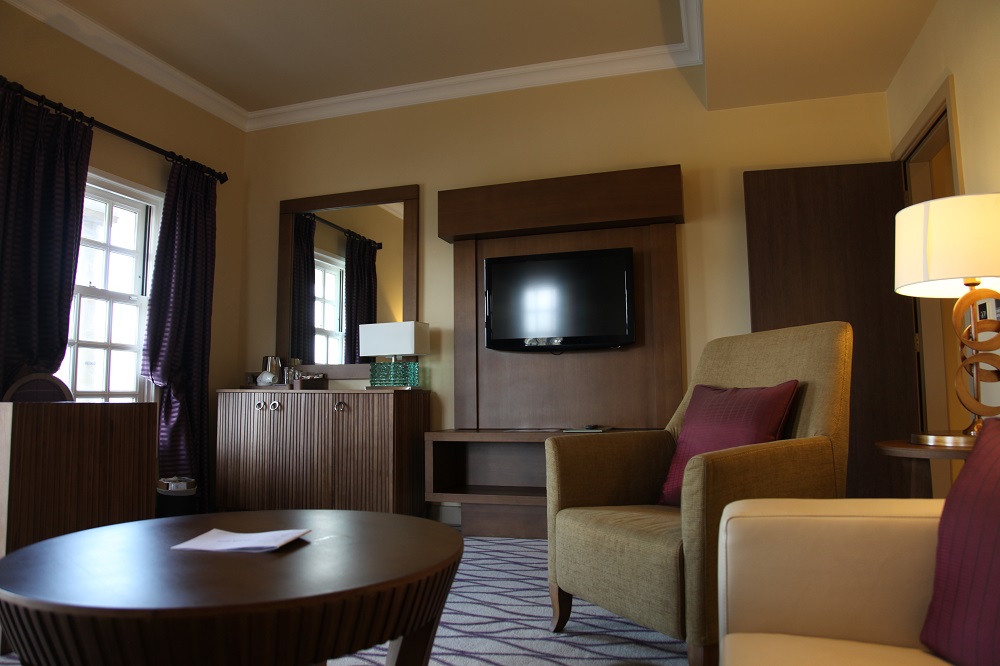 The bar is in front of the restaurant and guest go through it to reach the dining area, and it also contains the maitre d’ desk. It is also traversed by kitchen staff bringing items from the cold store which the small size of the kitchen is unable to contain. The bar itself is well deigned but the operational compromises make it difficult for it to be a relaxed area for guests to enjoy a drink in. The staff also have their access through the dining area, the door allowing diners to see behind the bar.

All this is hardly five star despite the best efforts of knowledgeable and experienced staff. There are lounge areas opposite the bar but again the passage of guest to bedrooms acts to divide them off from the main bar area. Bedrooms are generously sized but curiously lit. Lighting is adequate and theatrical but leaves areas which are not well lit. For example the single light in the bedroom lobby is positioned so that the wardrobe door casts the wardrobe interior into darkness. Bedside lights make it difficult to read in bed.

The timber floors are, like many do, already marking up from the movement of furniture during housekeeping. Noise transmission and maintenance work against timber and the added comfort underfoot that carpet provides, although initial costs may work in favour of timber.Positioning the bed on a rug over timber provides a happy compromise giving the best of both, but here housekeeping is struggling to find a resolution to the problems they are encountering. The bathrooms are among the best I have seen with a soaking tub and a large walk in shower. 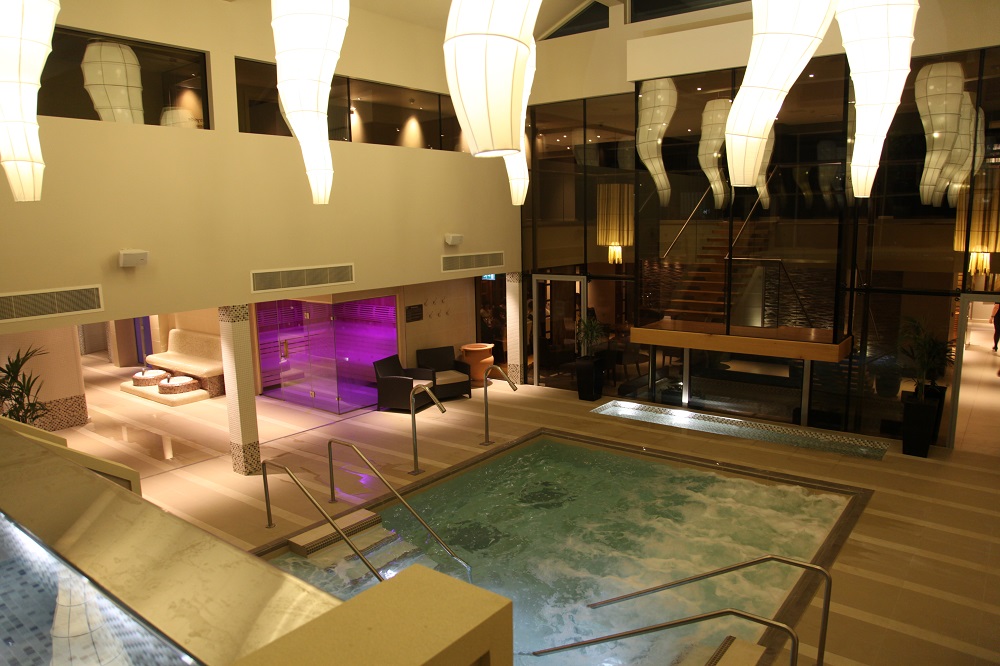 The end result of all this is a hotel where the Spa works but the rest is compromised. With bedrooms selling in part to spa parties this may not be seen as a problem but as a five star the expectations are that it should serve local businesses that do not have a surfeit of good hotels on their doorstep – businesses like British Aerospace whose main production facility is at nearby Warton. The bedrooms are high standard but without the restaurant and bar functioning efficiently I think the aspiration to serve a wider audience than the Village will be still born.

©Patrick Goff Words and Pictures. From a visit made on the 8th/9th February 2012.