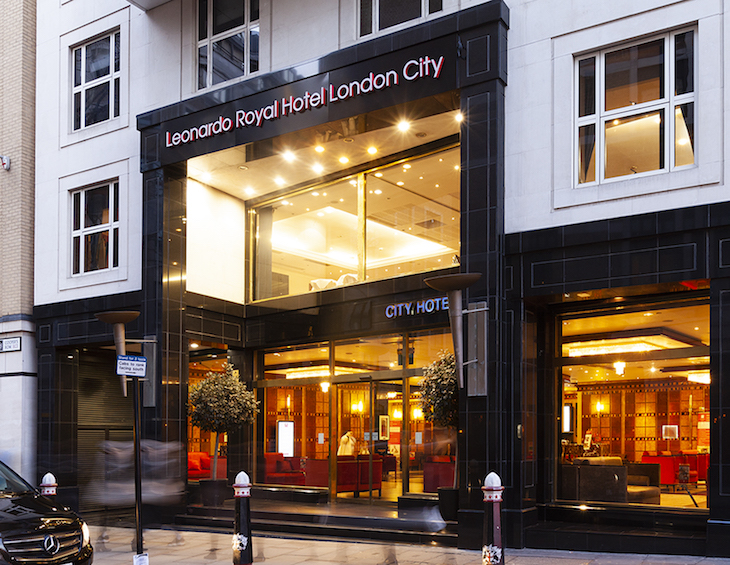 When Edgewater Contracts were let down by its flooring installers on site at Leonardo Royal Hotel London City, Falcon Contract Flooring were approached to assist with the hard flooring packages in the main reception areas…

Already partaking in an initial project in Cardiff for Edgewater Contracts, Falcon Contract Flooring were proving themselves to be a highly dependable flooring contractor and has gained a positive reputation. With a reactive and maintenance service also available, offering a 24-hour service level agreement, Falcon is used to working on projects that require fast turnarounds.

Using more than 50 boxes (400m2) of Amtico, to fit in the Restaurant and Bar area, Falcon used just two installers to complete the job. Both experts of the trade, it was down to them to scribe and re-level the Amtico planks on site, yet this was only once they also had levelled and fully prepared the floor in the first place. The subfloor had sunk with the previous floor, and so an extra 200m2 of latex had to be used to make sure the floor was perfect and ready for the single plank design. Considering there was just two weeks for completion, the pressure was on.

One of the major challenges was preparing the floor for a complex design work whilst working in a highly trafficked area – the public areas – with several other construction contractors working alongside. Falcon didn’t let this affect their quality of work though and produced something to be proud of.

Falcon has since gone on to partake in several other projects alongside Edgewater including Leonardo’s St Pauls and The Portman Hotel; both located in London. More than 50 per cent of Falcon’s work comes from the hospitality sector. In fact, the company is the trusted contractor for some of the most popular hotel chains in the UK, including Travelodge, Marriott and Premier Inn. The company has worked alongside Premier Inn and Whitbread for more than 10 years and continue to assist with refurbs and new builds as well as being approached by new partners daily. 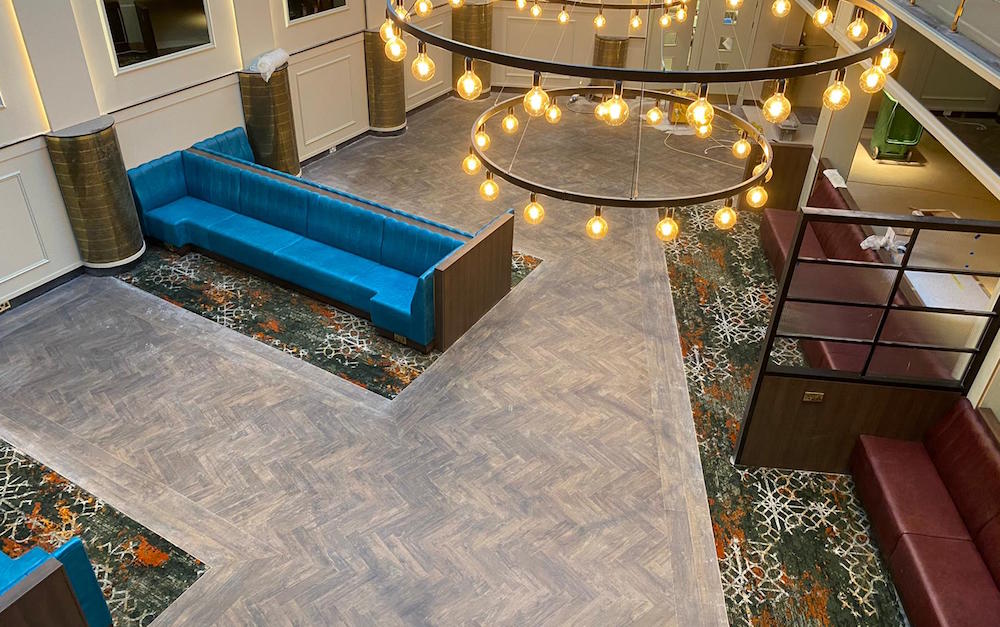 The relationship between Falcon and Edgewater Contracts has, since this project, further blossomed. “Edgewater would like to thank Falcon for all of their efforts on this project,” said Padraig Martin, Quantity Surveyor at Edgewater. “From tender stage, right through to onsite installation, the team made the process effortless. Their elements of the works were completed on time and within budget. Falcon was always on hand to give their expert advice to help us overcome any problems that arose, and we look forward to working with them on future projects.”

It is projects like this that highlight the quality work Falcon is achieving, and this is down to the hard working and dedicated team behind the scenes including the internal office staff who work around the clock to make sure clients are always happy with the service provided. Leonardo City Hotel is a clear example of the skill set that the installing company has.