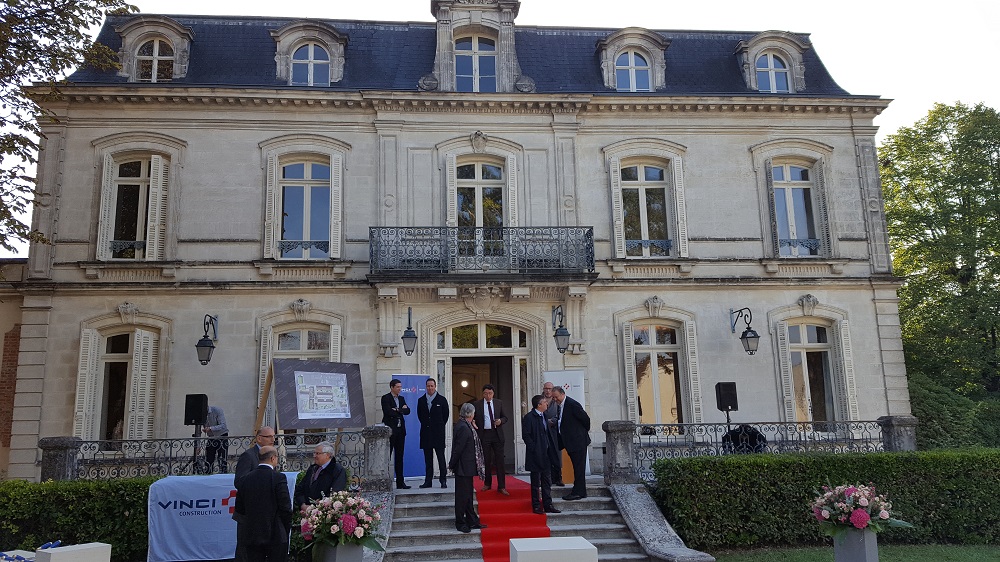 Far removed from the bustling streets of European metropolises like London or Paris – the usual investment hotspots for British entrepreneur Javad Marandi – sits the grandeur of Chais Monnet and its vast cellars in Cognac.

Built in the 19th century, this stunning site is nestled in the heart of this quaint and oh-so-French town, with its cellars from 1845 adding to its charm. Having originally been the childhood home of Jean Monnet, one of the founding fathers of the European Union, it has sat disused. Until now.

In a €60 million investment personally financed by Mr. Marandi, the site is being transformed into a 15,000m2 luxury hotel, spa, restaurant and retail boutique complex, offering a “modern take on traditional French luxe”. Being on the doorstep of some of the great cognac houses, it will be the first complex of its kind in the region. 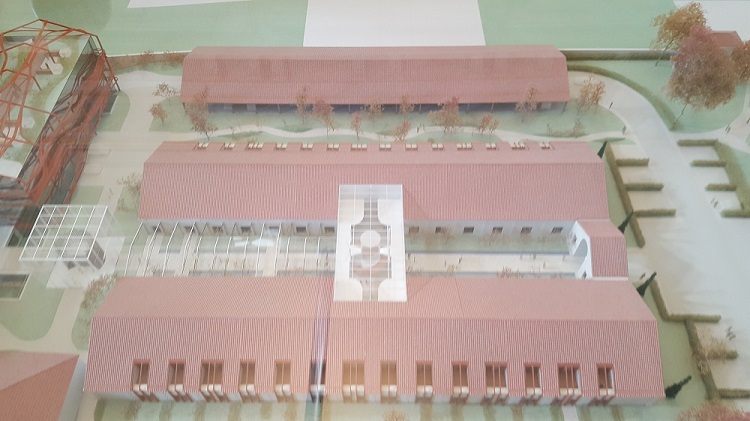 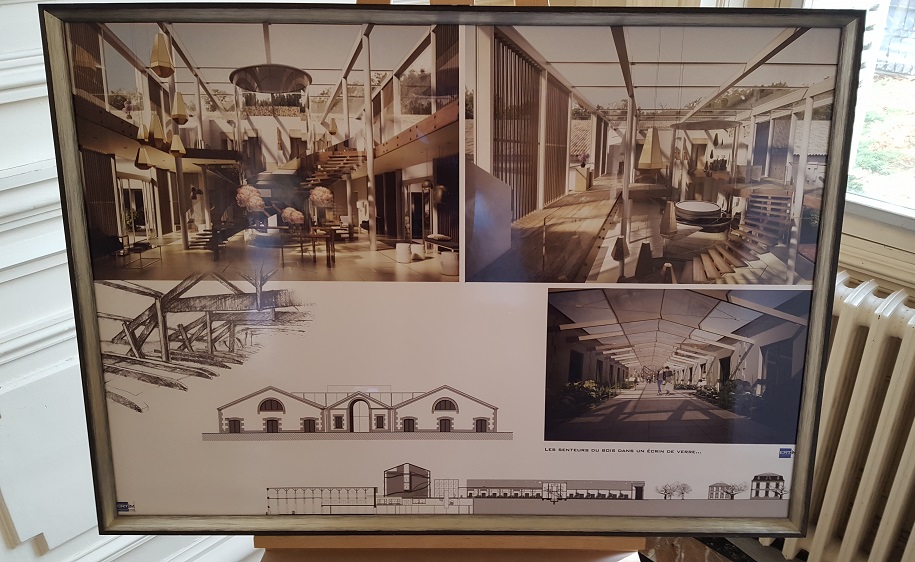 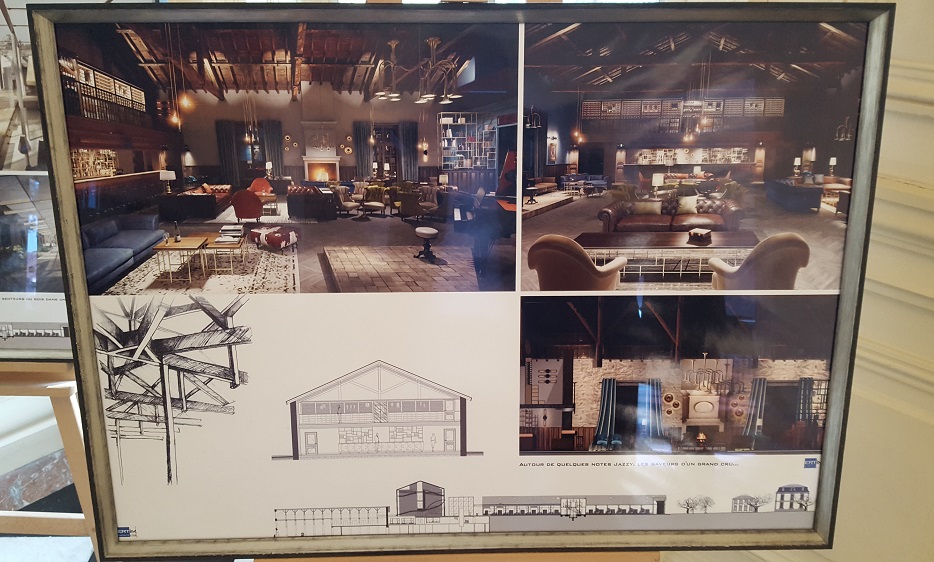 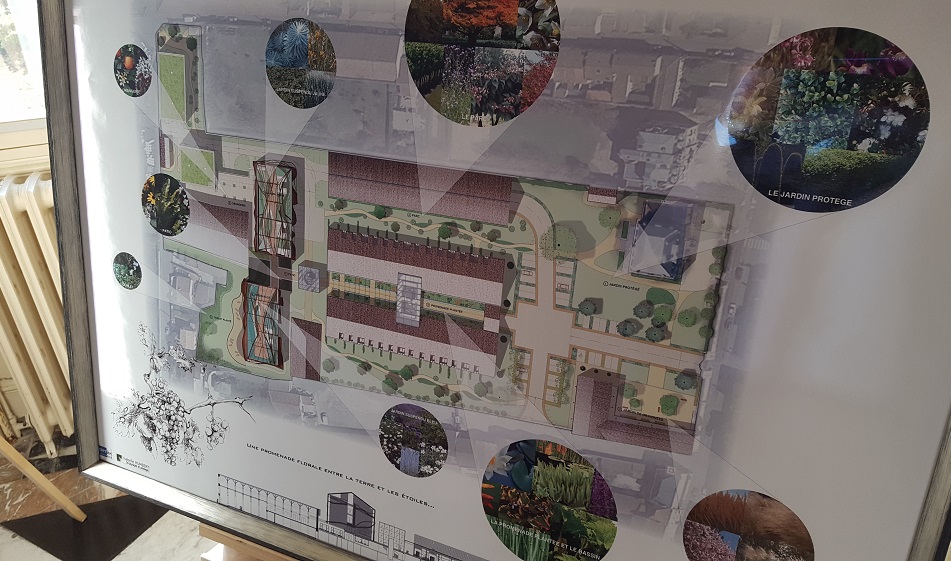 And, at a recent stone-laying ceremony in October, Hotel Designs was able to see the plans first hand. Believe me, they’re impressive. The project will include:

Its importance to the area was emphasised in the opening presentation by Cognac mayor Michel Gourinchas, who himself played a key role in championing the project, one that he is confident will have a great economic impact on the town and its surroundings.

“Here in the town we’ve been waiting for this for a long time. Since I’ve become mayor, we’ve asked ourselves a number of times what we could do with this site and thanks to this work we’ll be able to see a reality of what’s possible in a way that’s in the best interests of our town, its inhabitants, and tourists who can now benefit from an excellent site, which is in parallel with cognac – an excellent product,” he proudly tells the gathered dignitaries and press. 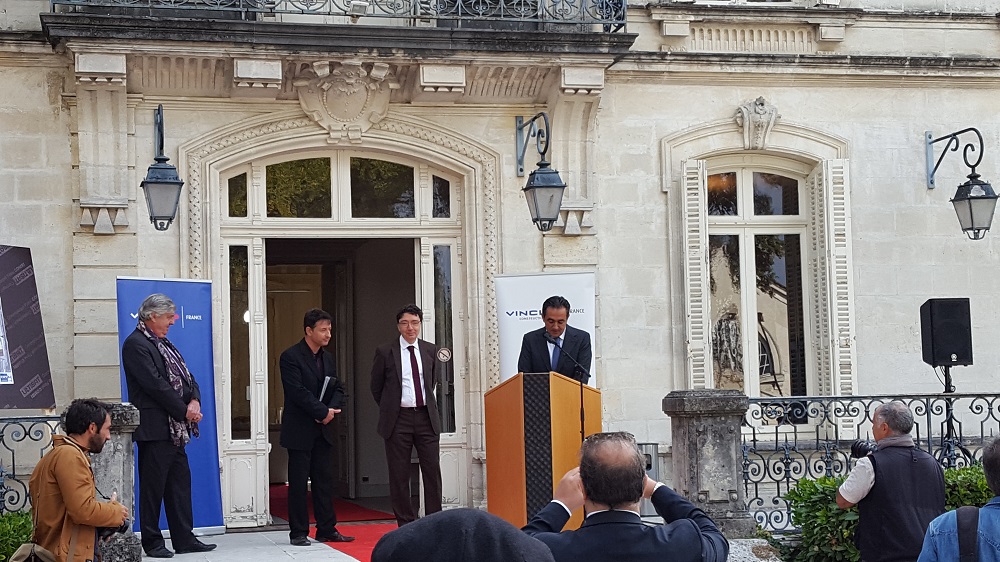 Didier Poignant, chief architect on the project, Michel Gourinchas, mayor of Cognac and Javad Marandi, businessman and investor in the project addressing the crowd

He’s not wrong. Cognac is a gorgeous microcosm of the effortlessly pretty aesthetics of western France. The historic cobbled streets, the perfectly-manicured gardens in its centre and traditional architecture lining the serene River Charente that runs through it all point to a life-less-rushed; beauty and tradition combined. Two things at the heart of the design of the Hotel Chais Monnet project.

When I ask Mr. Marandi if this is why he chose this particular spot to bring a hotel to market, as opposed to the major centres of business and commerce in which he usually operates, he agrees. 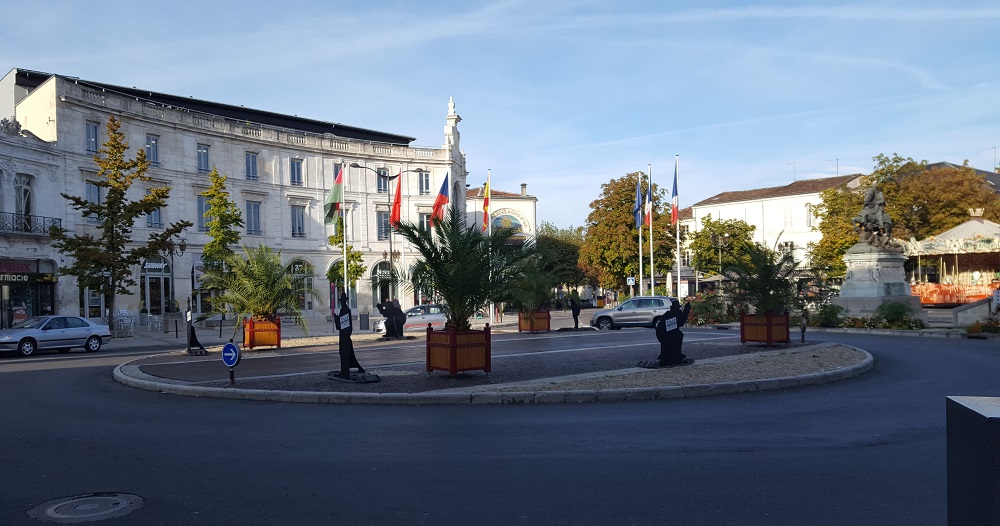 The centre of Cognac

“I certainly have an affection for this region, for Cognac, and for the rich variety of local delicacies, but I also see a clear business opportunity. Cognac is a world famous upmarket product and the heritage of the Monnet family is another valued contribution to developing a hotel that will have all prerequisites to become a major success for this type of investment while being equally beneficial for the city and its community,” he says. 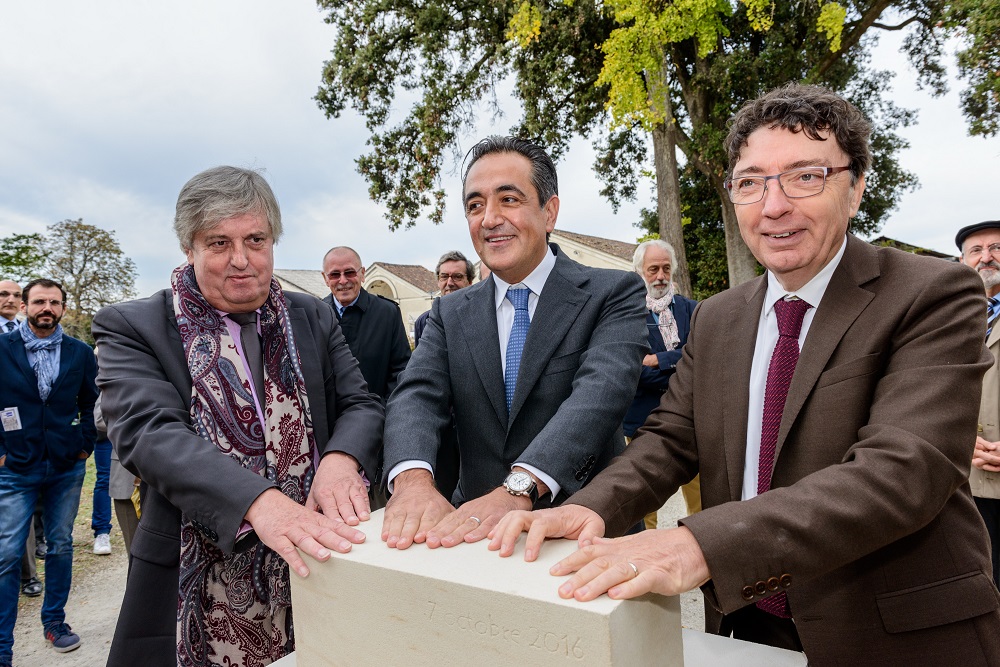 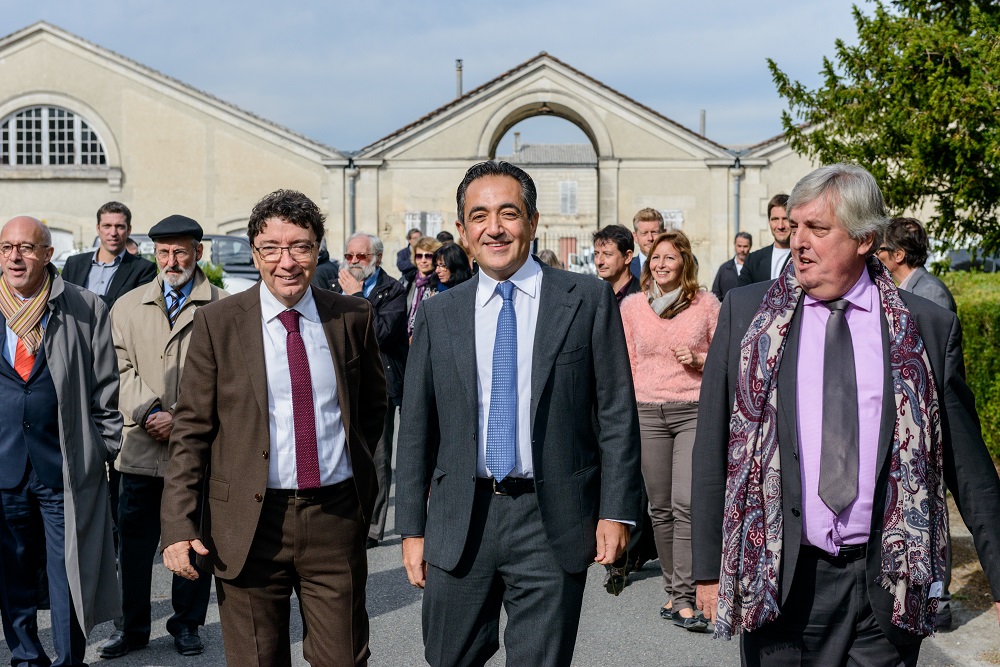 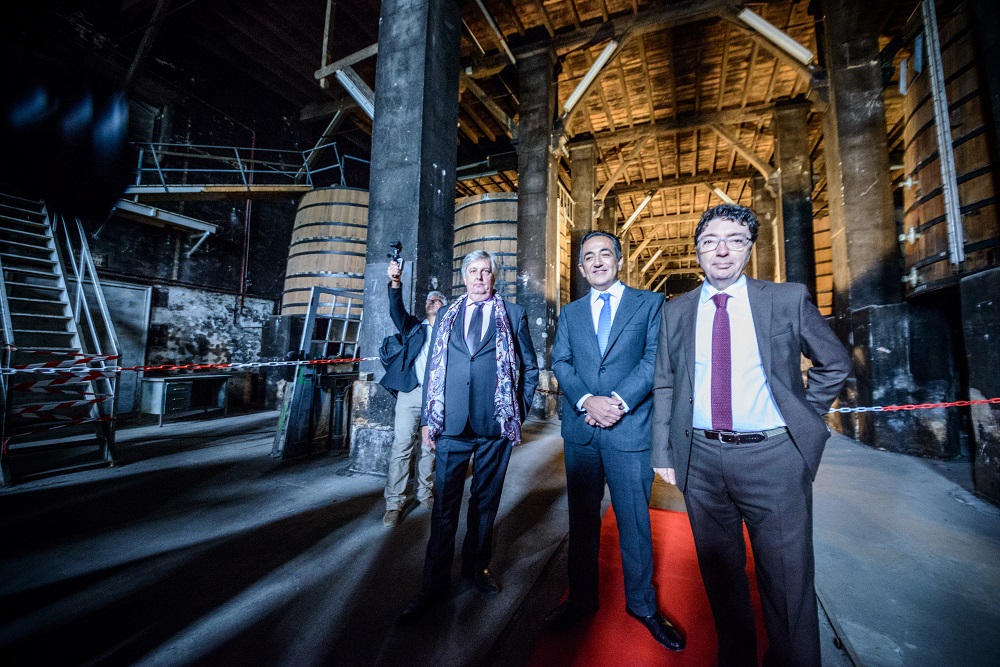 Didier Poignant, Javad Marandi and Michel Gourinchas in one of the Monnet cellars

But looking at the plans and speaking with chief architect Didier Poignant of Ertim Architects in Paris, what strikes me most is how much modernity is being brought to the project – in particular the striking façade of the Les Ceps part of the complex. I wonder for a moment how the reaction from the local Cognaçais has been to this overt blending of the historic with the ultra-modern, but Didier puts my mind at rest as he describes his extensive work with Architectes des Bâtiments de France in preserving French heritage in architectural projects. 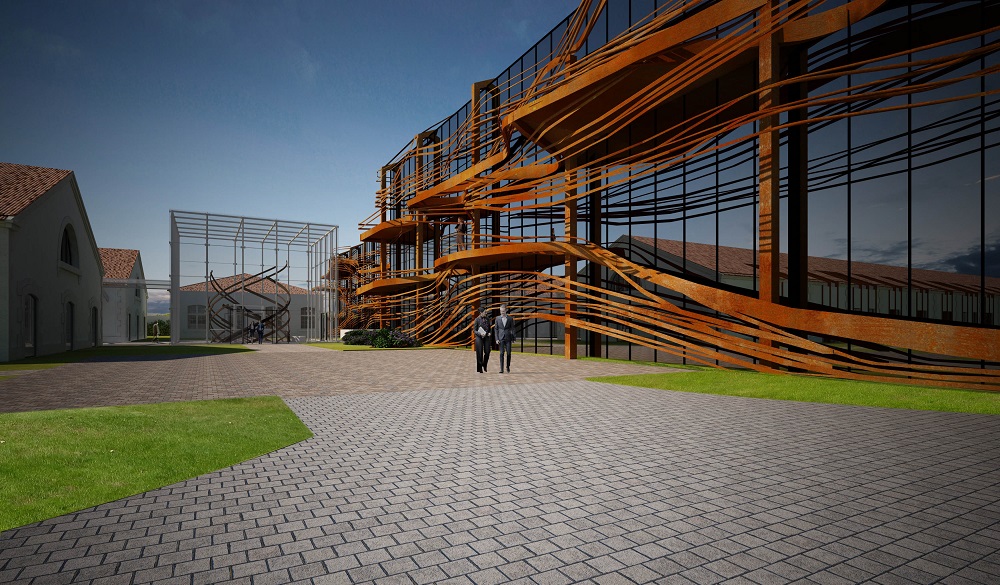 Les Ceps and its ultra-modern facade 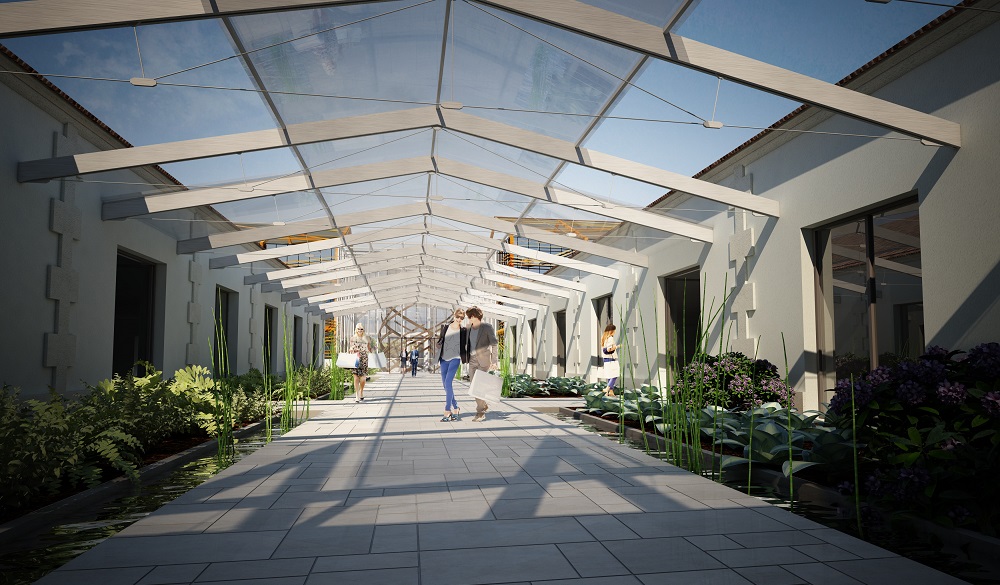 Likewise, Javad Marandi echoes his assurances, adding: “I have only had positive and complimentary feedback on the designs [by Didier and his team], which are very elegant and chic and are befitting of the location whilst preserving the brand heritage of both cognac and the Monnet family.” 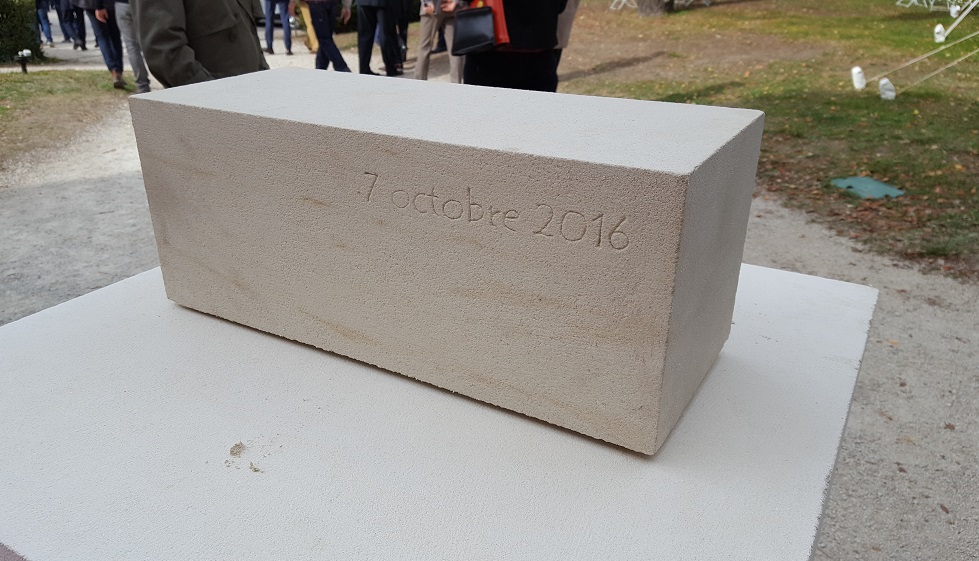 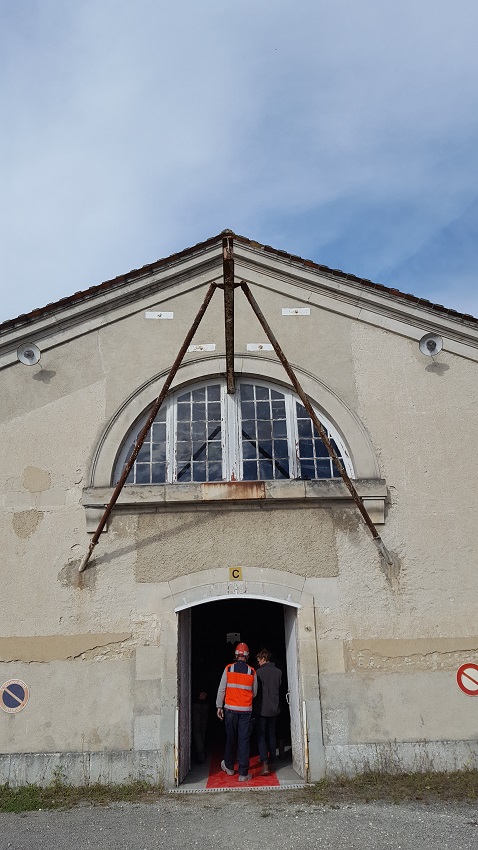 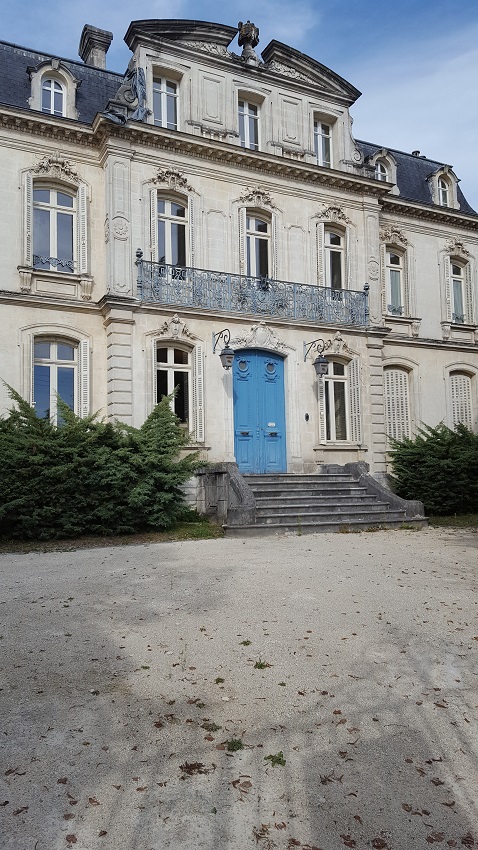 The locale might certainly be a departure for Mr. Marandi. As he himself tells me, Cognac is still a secondary tourist location within France and yet France itself is one of the most visited destinations worldwide. But with the “raw material” as he calls it – the name of ‘Cognac’ – attached to the project, there can be little doubt that this little pocket of France will be put on the map as a premium, upmarket location. With plans in place and construction under way, that vision is well on the way to becoming a reality. In his closing remarks, the mayor speaks of his excitement and impatience to see the project finally come to fruition in the spring of 2018.

That makes two of us, monsieur le maire…

Based on a visit in October 2016
Photos: Daniel Fountain // Weber Shandwick