Checking in to The Gainsborough Bath and Spa 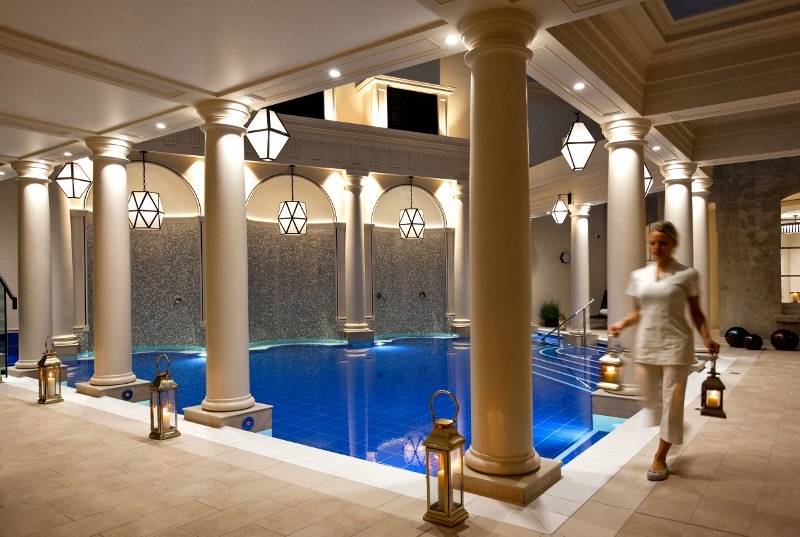 Editor of Hotel Designs Hamish Kilburn checks in to the only hotel in Bath that taps into the natural thermal springs of the city, designed by the one and only Alexandra Champalimaud…

“First and foremost, the location is what really sets this project apart,” says Alexandra Champalimaud who, to me, looks far too composed and relaxed for two reasons as we meet for breakfast. For starters, although her soft English accent would suggest otherwise, Champalimaud is actually based in the loud, sleepless city of New York. And secondly, we are catching up at the same time of London Design Festival, when more than 450,000 designers, architects and creatives from around the globe descend onto the capital to catch the latest trends, discussions and product launches. Never before has the analogy of a duck above water been so apt than in this situation right now, and it’s inspiring to watch. “Bath is an actual treasure, a world UNESCO World Heritage Site, and frankly I think it’s one of the most magical places in the UK,” she says passionately as we begin to talk about The Gainsborough Bath and Spa, the five-star hotel that stole both of our hearts.

A few weeks before, I was checking in to the hotel for the first time. The precious interiors and renowned spa that are housed within The Gainsborough Bath and Spa are on a need to know basis. Tucked away from the rest of the town, yet very central in its address, the hotel among the locals is known for its luxury edge over the rest of the hotels in the area.

Just a two-hour drive from London’s thick smoke (and even quicker on the train), the feeling of tranquilly is immediately apparent upon arrival. “I can always tell if a guest is from London,” said Brian Benson, the hotel’s general manager as I arrived through the doors and into the large, open lobby. “Our guests from London always arrive in a hurry and look stressed. What I love about my job, and this hotel, is that guests always leave calmer than when they arrived.” 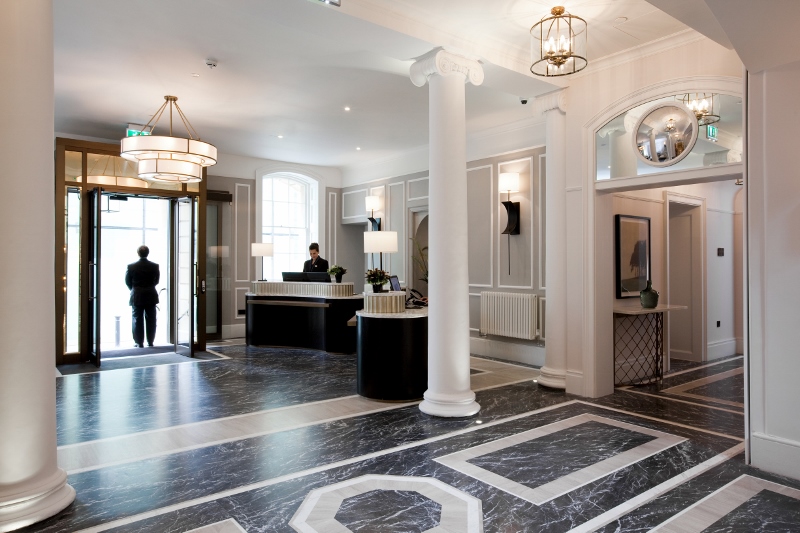 Image caption: The lobby at The Gainsborough

Like many buildings in the hilly town of Bath, the hotel was once a Georgian-era hospital. The British painter Thomas Gainsborough had spent time there, which inspired the name. “The building itself looks grand, but it’s actually quite cosy,” says Champalimaud. “There’s an intimacy there that’s unmatched by other hotels in the area. The building is also Grade II listed; visitors will find that there are a lot of original details throughout the hotel.”

“Champalimaud and her team have created several dramatic scenes within the hotel’s public areas.”

The hotel’s look and feel is – like its staff – inviting, warm and naturally comfortable to be around. Deliberate attention to detail has been given to ensure that the modern hotel gives an appropriate nod to its storied past, with several references of traditional items evident in the public areas. Such as the Turin Portantina Seden Chair, which once in the 17th Century was used to carry royalty and now sits at the bottom of the main staircase in the lobby, creating a lasting first impression. The artefact is one of around 50 known to exist of its shape. 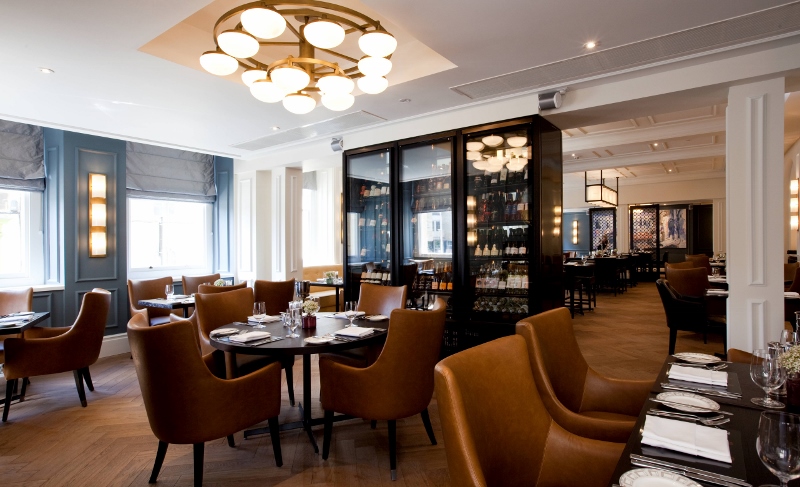 Champalimaud and her team have created several dramatic scenes within the hotel’s public areas. “We realised that we didn’t want to detract from the building’s historical charm, but simply enhance it,” says Champalimaud. “Whenever possible, we highlighted some of the hotel’s original features by employing design details that were reflective of the Roman and Georgian history of the city. Overall, the design is transitional – weaving in the classic English cosiness with a contemporary point of view.” One of these moments is the dynamically obscure chandelier that hangs in between the large main staircase. Another example of drama is quite literally written on the walls. Several pieces of contemporary art around the hotel, at first, look impressive and well placed. However, when learning that the artists are in fact local art students, the walls all of sudden have a different dimension. “What do you think it is,” said the waiter as I stood in front of a large abstract art piece which was full of dashes and colour. Tilting my head, I saw it. The piece of art, again imagined and created by local student artists was a contemporary representation of the restaurant we were actually stood in. 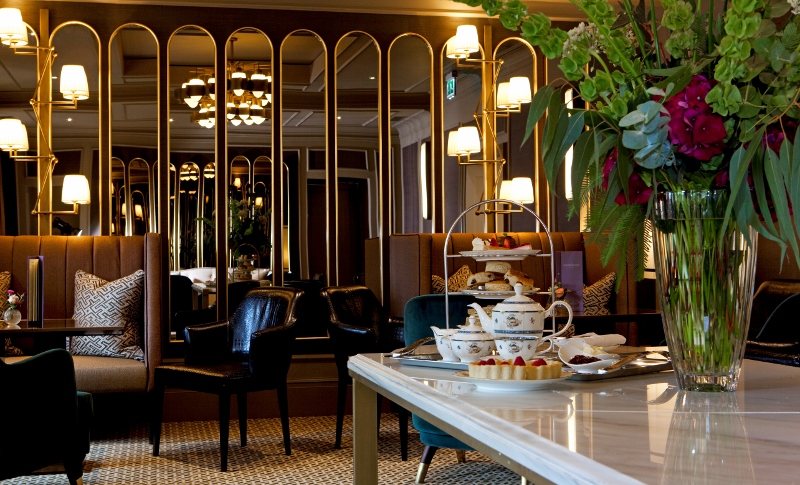 Image caption: The Canvas Room at The Gainsborough

On the lower level, the hotel’s main unique selling point is another classy reference to the town’s infamous past. The spa, which I have read about – and have wanted to experience – since it opened, is incomparable. It’s truly world-class, a feeling that has recently been shared by Condé Nast Traveller readers who have just voted it the second-best spa in the UK. That may well be because it is the only hotel spa in the city that actually taps into the natural thermal springs, meaning that the several therapy pools are all organically heated. “The spa is a dream,” says Champalimaud. “Located near one of the town’s thermal reserves the spa pool inside of the hotel contains the sought after precious healing waters that made Bath so famous.” 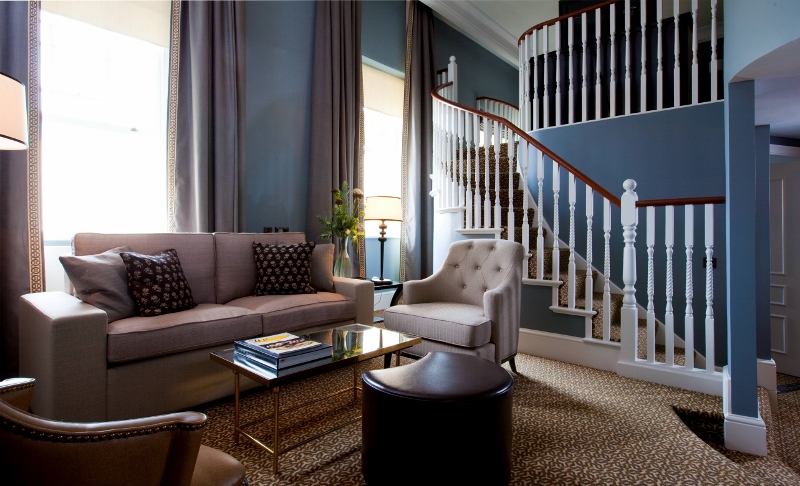 Although much of the attention at the hotel in the press is focused on the spa, the guestrooms and suites are equally as striking and impressive. Dressed to feel appropriately residential, with a colour palatte of duck egg blue, white and soft browns. My suite (room number 310) was defined as a junior suite, complete with a large living area, modest bathroom and a large bedroom. “Georgian design references are very much present in the guestrooms,” explained Champalimaud. “We wanted the rooms to feel comfortable, yet rich, so we focused on creating delicate layers with the tones, textures, and furnishings within them. The colours are contemporary and alluring while maintaining an air of subtlety – conjuring a sense of quiet. A number of the guestrooms have high ceilings that we accentuated with long curtains trimmed with a Roman inspired border, which complements the ornately patterned carpet. The furniture is all contemporary with a classic familiarity.” 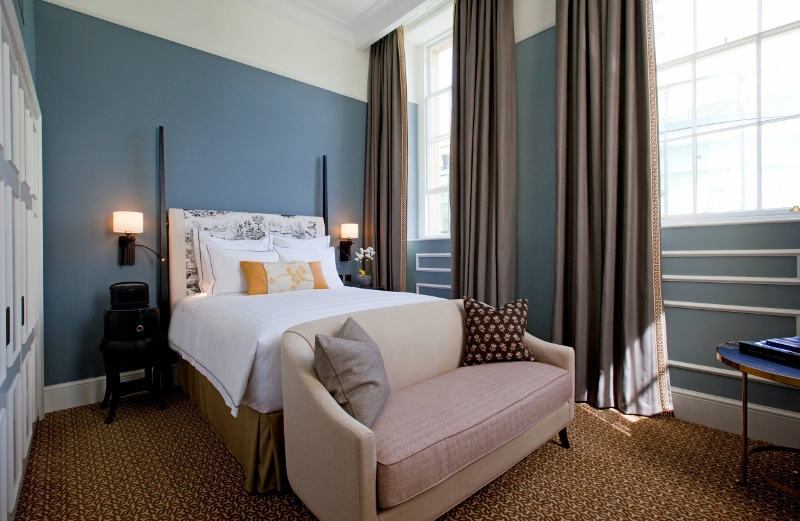 Despite the design project running relatively smoothly, as with all grade II listed structures, unexpected delays in the design process were almost inevitable. “Since we were working with a Grade II structure, we had to be patient with the construction phase of the project,” explained Champalimaud. “The building had to be excavated as ancient artifacts were found while they were breaking ground – which was unexpected. From an interiors perspective, the hotel’s listing made us very mindful of maintaining the building’s original integrity with every design decision we made.”

Since experiencing the hotel in all its finery, The Gainsborough Bath and Spa has entered a special place in my heart – which is the same, it seems, for among many of its visitors who walk through its calming entrance. A little more than 100 miles from the centre of London, it is a South west gem, and certainly gives five-star hotels in the captital a run for their money. I checked out of The Gainsborough Bath and Spa and left with a much lower heart rate from when I arrived and a new-found appreciation for Georgian heritage buildings that shelter stunning hotels spas. The answer, perhaps, is in the waters.