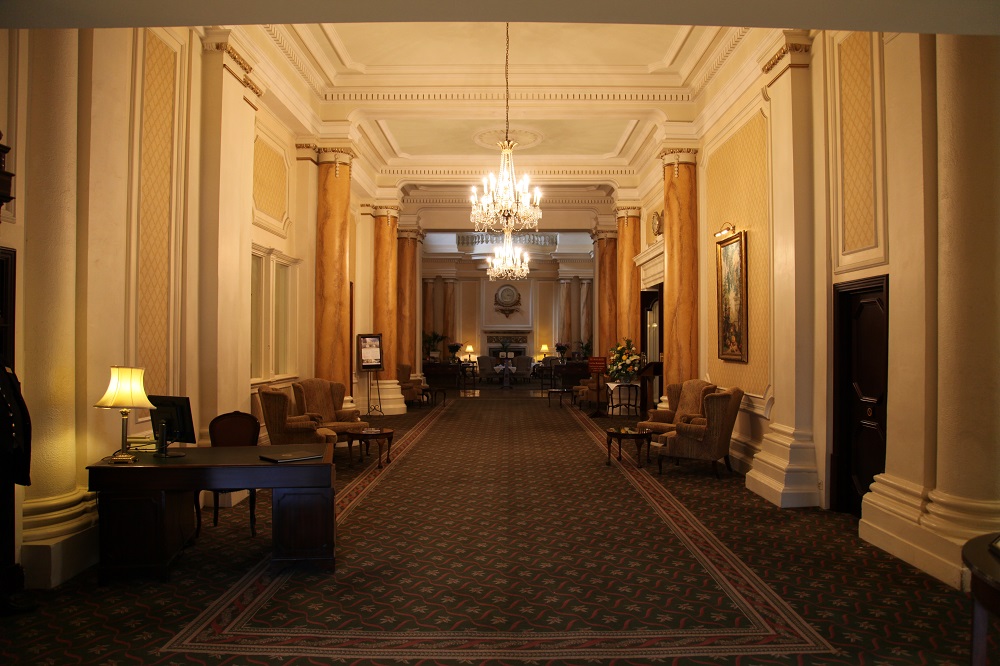 Now owned since 1998 by Elite Hotels, enough time has passed since the ownership of De Vere to be able to see the image the new owners are trying to build. Traditionally the market for the Grand has been the older guest, and luxury will continue to appeal primarily to this sector rather than cash-strapped families or the youth market. The over 60’s are the most expanding population sector and have the highest level of disposable income. Their demands are evolving as time passes,they take multiple holidays and unlike previous generations today’s pensioner has experience of plenty of travel abroad and consequently have higher expectations of UK hotels than previous generations.

Buildings of the age and grandeur of the Grand have many advantages and numerous disadvantages. Having worked as interior designer on similar buildings with similar problems I am aware of the balancing act owners have to make in spending on the property. The demands of the fabric can overwhelm and a seafront location like this is doubly demanding on the integrity of the building fabric.

Overall owners need a vision and a design strategy to support that vision. The Grand deserves ambition to keep it from further decline from its pre-war glory days, with the implications for revenue that this would carry. The building itself is glorious, with huge columns and magnificent plasterwork throughout.Even the cast-iron radiators are miniature works of art in themselves so the bones of the building have survived wartime sequestration and post war De Vere equally. 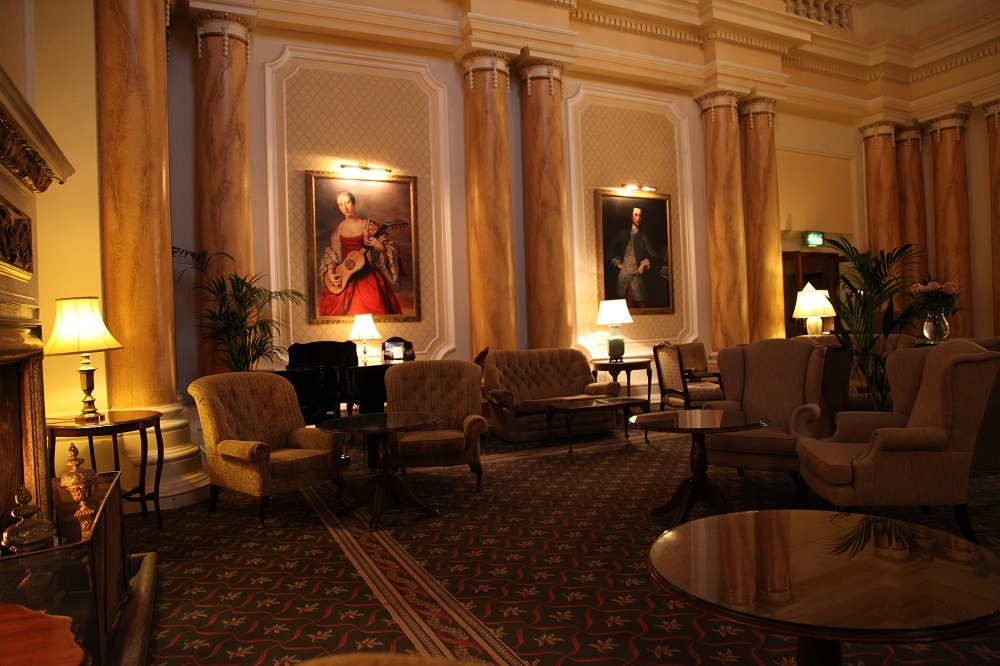 Owners have a number of options with hotels of this age and popularity. They can, as the new owners of the Stafford did, invest a major sum involving a rework of the hotel whilst it remains temporarily closed. Sensitive to the high number of repeat guests who loved the hotel, the Stafford owners nevertheless felt that to retain the 5 star rating it had enjoyed for many years, the hotel should be closed and fully refurbished. The sprawling nature of the Grand makes this unnecessary and a phased programme could be run without any loss of revenue.

Much money has apparently had to be spent on the fabric of the building so it is doubly disappointing to see the refurbishment programme is not serving the property or ownership/operation to best advantage. The opportunity is being missed to provide something of the panache that can be seen at the Steigenberger Park-Hotel, at very little extra cost over the simple rather unimaginative refurbishment currently being carried out.The hotel cries out for a level to be set for all refurbishment to work towards, a five star master plan. 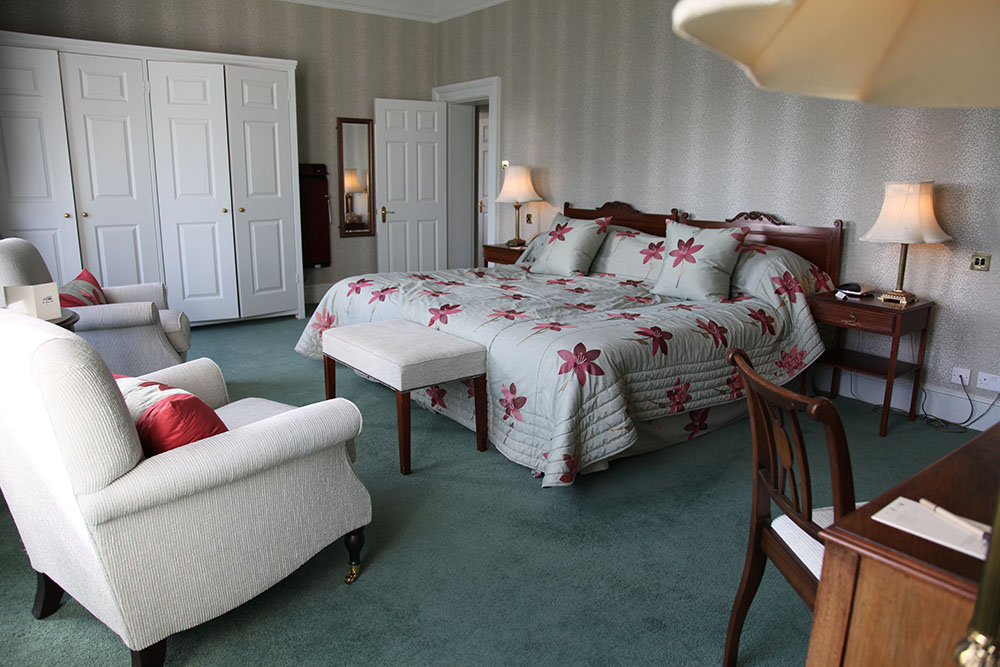 Any refurbishment programme needs to have an overall vision of the desired end result, and this vision should then govern every action at any place in the hotel where change is made. It is known as ‘getting all your ducks in a row’, and should ensure that every action from changing a light bulb to reflooring a bathroom moves the hotel towards the market position the management has targeted. The Grand boasts of being Britain’s only five star seaside hotel. The grandeur of the building together with it’s history befits this claim but the strategy for refurbishment needs to ensure every management action, from creating a child focussed area to re flooring bathrooms lines up with the claim.

Nor is it enough to set the standard by comparing with only UK hotels. As I said earlier many of the target market guests for this hotel will be well travelled and will have experienced five star standards in other global hotels from Thailand to Turkey, from Bali to Berlin even if the hotel management, designer or architect hasn’t (but probably has done). To justify the almost London prices the hotel charges the service has not only to be right operationally from the staff (which it is) but also has to hit the right level with the design.

One simple example will suffice of the lack of vision. A bathroom has been retiled and a heated floor installed. Good; but the toilet sits where the guest needs to stand to use the second of the double wash basins. The whole basin unit could have been moved along the wall to create the space to allow this to be varied.With the floor up this would have been minimal in cost but wasn’t seen by the designer (I assume). These little things are sensitive for the guest and to my eye make a clear statement as to design intent. 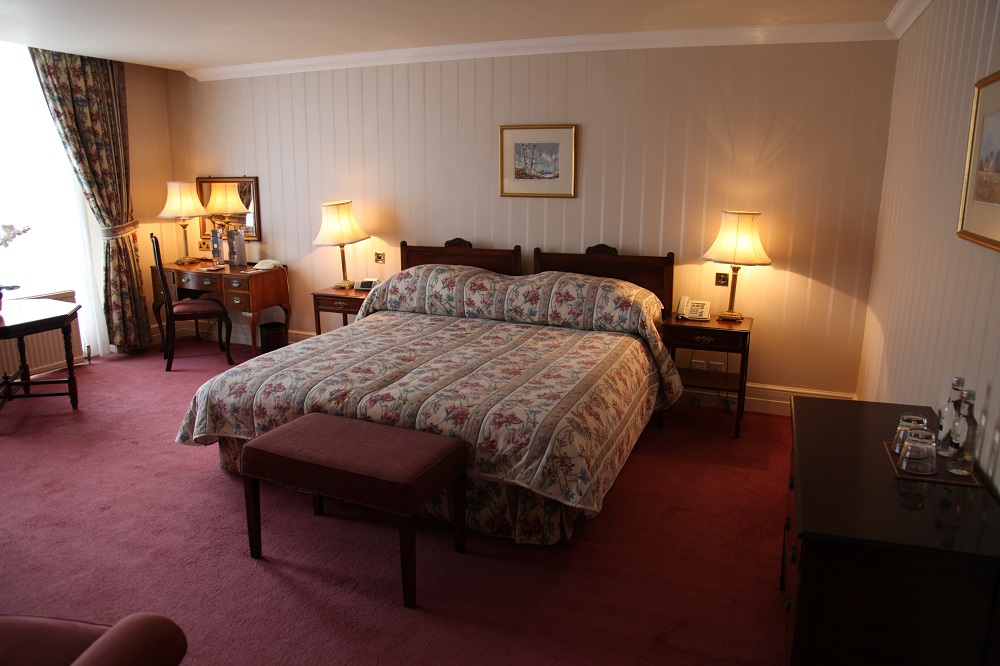 The bones of the hotel are beautiful. It has a grace missing from more modern builds in most instances. When it was built Britain was the richest country in the world and the guests coming here had expectations of luxury standards the builder tried to match or surpass. To regain that status the current management needs to have a similar vision in everything they do. The hotel had a huge reputation. Claude Debussy stayed here with his mistress and wrote the last pieces of his symphony ‘La Mer’ here ( and his room is there, whilst the hotel has some of his hand-written music score – wow!) This glorious piece was premiered by the hotel orchestra, the same orchestra that played ‘from the Palm Court’ regularly for BBC broadcast until the programme was curtailed by WW2. Even today on the last Sunday of the month the hotel orchestra plays to a large audience served high tea with the style for which the hotel is deservedly known.

It is not difficult to find examples of hotels in Europe or Africa that have had similar problems to the Grand, and have solved them creatively with rolling refurbishment programmes that have lifted standards up to match the best globally. Example include our recently Reviewed Steigenberger Park-Hotel in Dusseldorf, or the Cellars Hohenort in Cape Town. There are other examples too if you look in our Review archive (you can use the controls to select just five star hotels to see them). Such programmes planned and rolled out without hotel closure can lift the hotel and raise the level of income/return on capital employed, reversing decades of decline, such as that the Grand has suffered since the 1930s. 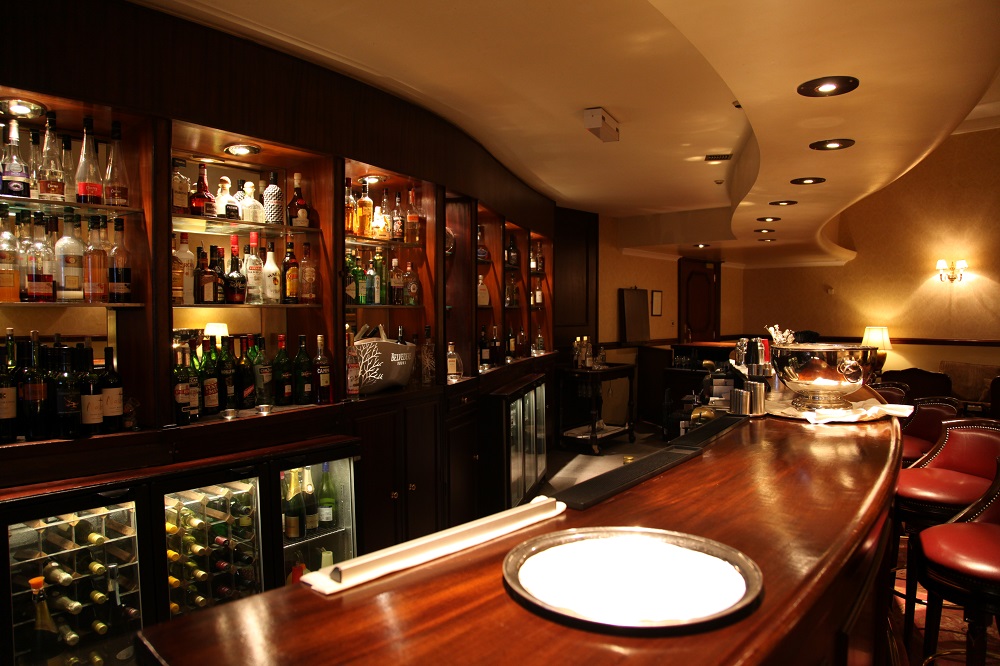 Having said all that, the programme is barely underway at the Grand. Some fabrics and wallpapers have been renewed but it is a herculean task turning around this mammoth hotel. What is has going for it, beside its history, is a stunning location on the sunniest section of Britain’s coast and some fine internal architecture. One of the key areas the hotel is addressing is the lighting. Slowly new lighting is being added – not in itself and easy task, but one that if using LED’s could result in a considerable saving on energy costs whilst at the same time starting to create some visual excitement within dauntingly large spaces.

Many resort hotels now market themselves as spa destinations. There is plenty of potential for the Grand in this area, especially as I am told (I was unable to see it) that there is a Turkish Bath built in earlier years and closed when they became unfashionable, ready to be exploited to harness the growing concerns of city folk for healthy living. It is ironic that the seaside resort grew out of a Victorian concern for the health giving benefits of sea bathing, Whilst sea bathing now draws crowds to warmer seas (Mediterranean, Red Sea, Caribbean etc.) there is now an overwhelming concern for healthy living. With the Spa offering and great kitchens the Grand is well positioned to return to this, one of the roots of its success in another century. 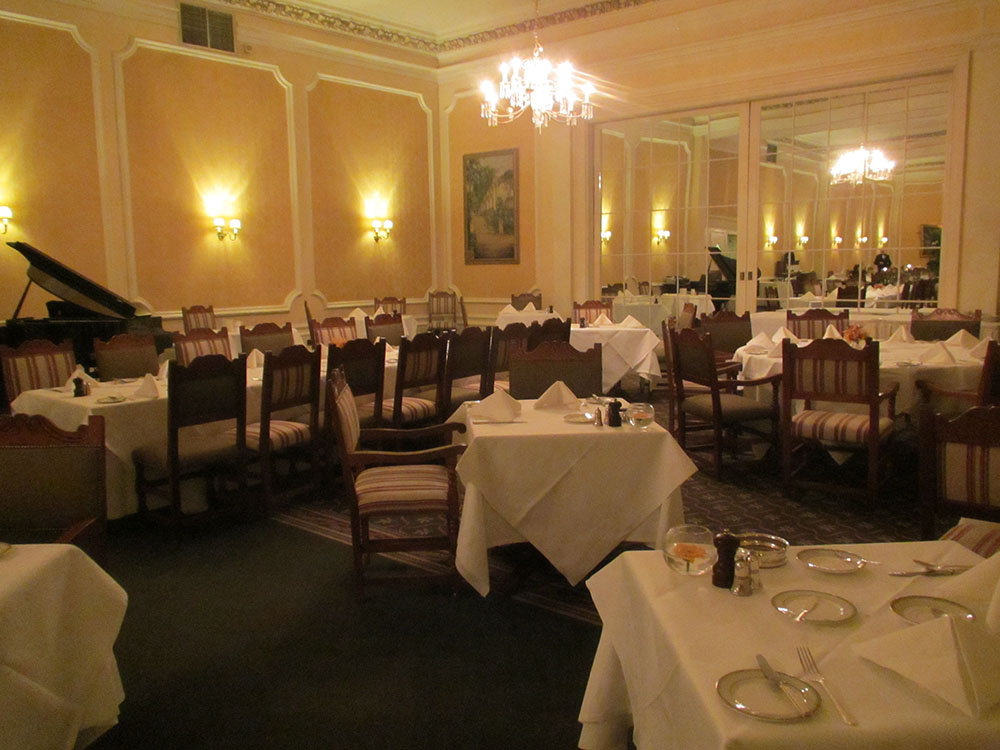 Bedrooms reflect those earlier years. They are large and have sea views. For walkers and joggers there are plenty of opportunities, with the National Trust’s walk to Beachy Head almost starting outside the hotel, and a good jogging trail to the Pier. Free WiFi and generous desk space enable wet afternoons to be spent in the room and service is impeccable whether ensconced in the comfortable bar areas or taking the fine dining experience in the Mirabelle restaurant.

The Grand is, as its name suggests, a grand hotel with grand spaces. Over the years it has suffered from lack of management imagination. The new group owns similar hotels (Luton Hoo and Tylney Hall, most notably). It is to be hoped that their spend on growing the group is matched by investment in bringing back to glory such wonderful architectural gems.