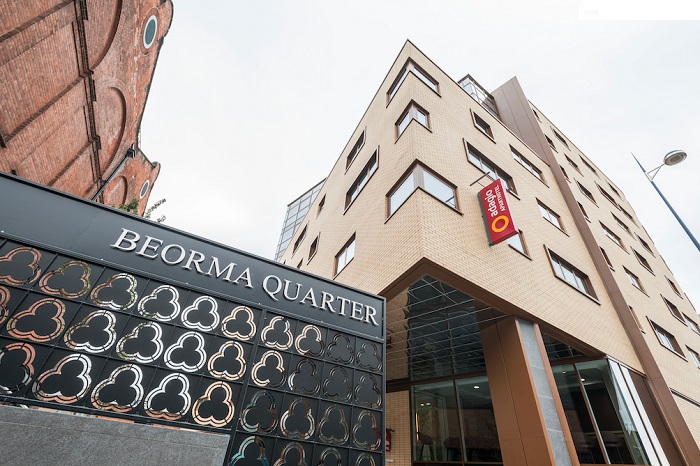 In recent years, the global hospitality industry has been marking the steady rise in popularity of the ‘aparthotel’. And looking at the trends, it makes sense. Hotels are experimenting with stripping away some of their services, while serviced apartments are adding services as wide ranging as childcare and in-room spa treatments.

So, as the lines between serviced apartments and hotels become ever-blurred, a previously untapped niche in the market is quickly being filled. Why not combine the two? On the continent, Adagio — part of the Accor Hotel group — has been claiming a considerable portion of this ever-growing market with aparthotel properties across France, Germany, Austria, Switzerland and Italy. But, here in the UK following a successful launch in Liverpool in 2013, a second Adagio aparthotel has opened in Birmingham.

Located perfectly, being within five minutes’ walk of New Street Station and the Bullring Shopping Centre, I had the chance to take a look at this four-star, new-build aparthotel shortly before it made its grand opening earlier this month. The Adagio is a pioneering part of the proposed major redevelopment of the Digbeth area of the city centre; forming the first phase of the Beorma Quarter development scheme (named for the Anglo Saxon king and founder of the city now known as Birmingham), which will also see the refurbishment of listed buildings to become sustainable, geo-thermal commercial spaces. 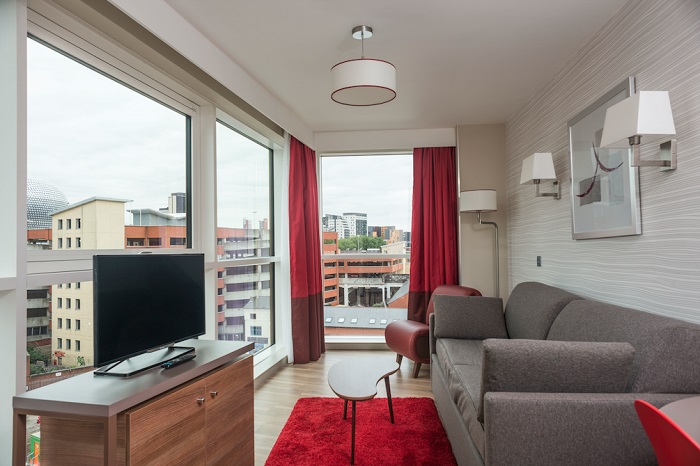 And the Adagio pays homage to its historical location by marking – with a brass line embedded into the walls and floor – the 7th century boundaries of the ancient city of Hersum Ditch directly through its reception area. A nice touch, I thought — especially as a history graduate. But, thankfully for the modern traveller, everything else about the Adagio is contemporaneous. 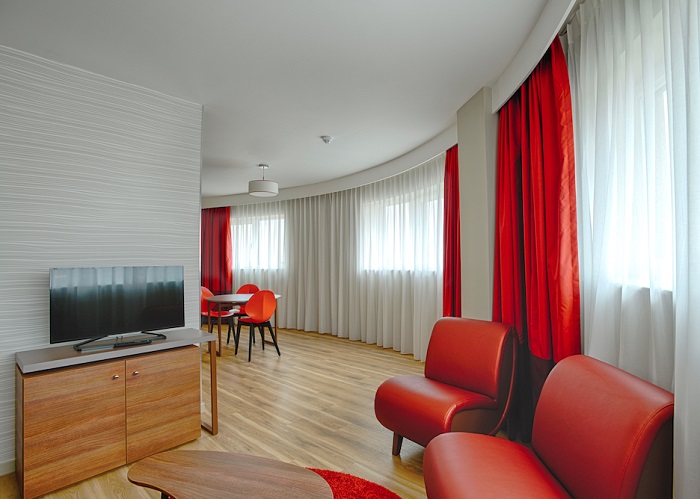 Many of the furnishings are from continental Europe, reflecting the history and background of the Adagio name (Photo: Dale Martin – dalemartinphoto.com)

From its choice of furnishings to the bold photographic artwork of locally iconic locations in the apartments, the communal areas and range of suites all ooze modernity. The breakfast dining room and lounge area are spacious, modestly but tastefully decorated and superbly naturally lit thanks to their expansive floor to ceiling windows. The property’s two-person studio and one-bedroom apartments are finished to an excellent standard with warm, neutral tones generously punctuated by bold, red-focussed pieces — no doubt to complement the reddish hue of the wider Adagio colour motif. Many of the furnishings throughout the hotel are imported from Europe and in particular France, which is understandable given Adagio is a joint project between Accor and the Paris-headquartered Pierre & Vacances Center Parcs group. 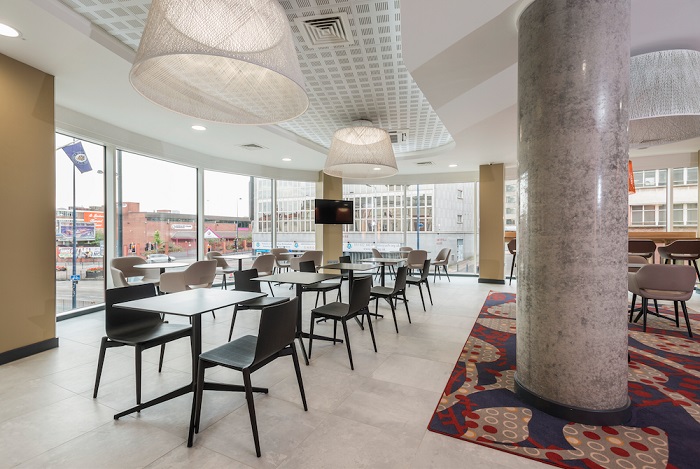 The communal areas – such as this breakfast dining area – are filled with natural light thanks to the floor to ceiling windows (Photo: Dale Martin – dalemartinphoto.com)

Space has been utilised well, too, with each apartment containing sizable bathroom space and fold-down beds in the studios. The only small criticism might come with the size of the kitchen areas, which while well-equipped certainly won’t be used for entertaining large groups. The range of services on offer include high-speed WiFi, a fitness suite, laundry and dry cleaning as well as a room cleaning service tailored to varying lengths of stays. 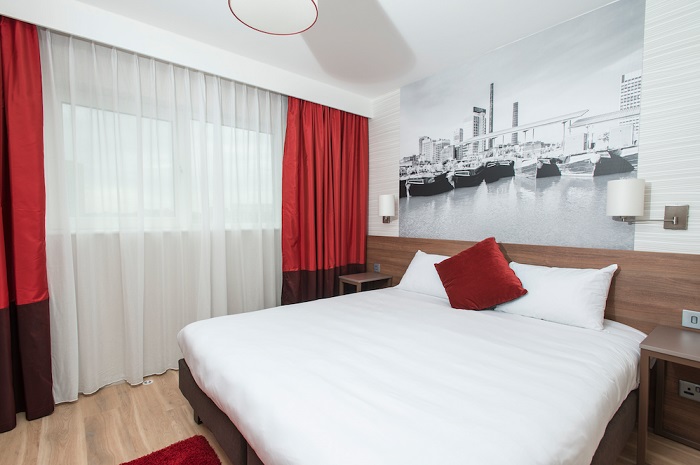 With the potential market of aparthotels as varied as it is – business travellers, university students, contract workers and even long-weekend visitors — it is surprising how few aparthotels there are across the UK. Investment has been slow to take off, especially compared with other key markets such as New York and Hong Kong. But heading into the latter half of the decade, we can expect that to change. 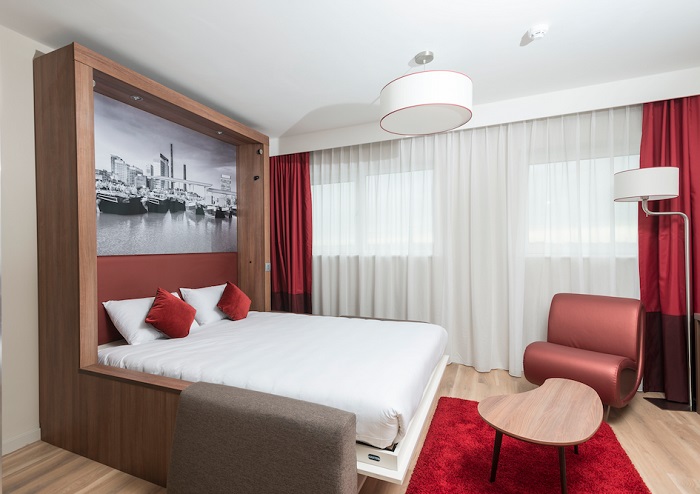 The aparthotel utilises space well, especially in the studio rooms – where the bed folds down to shift the space from a living area to a bedroom area effortlessly (Photo: Dale Martin – dalemartinphoto.com)

Adagio is definitely using the UK as a growth market, with further aparthotels planned for Edinburgh and London — and if future properties are as well designed, excellently furnished and centrally located as the Birmingham Adagio, the firm will be at the forefront of a growing and increasingly popular market.

Words by Daniel Fountain. Reviewed just before opening in August, 2015.