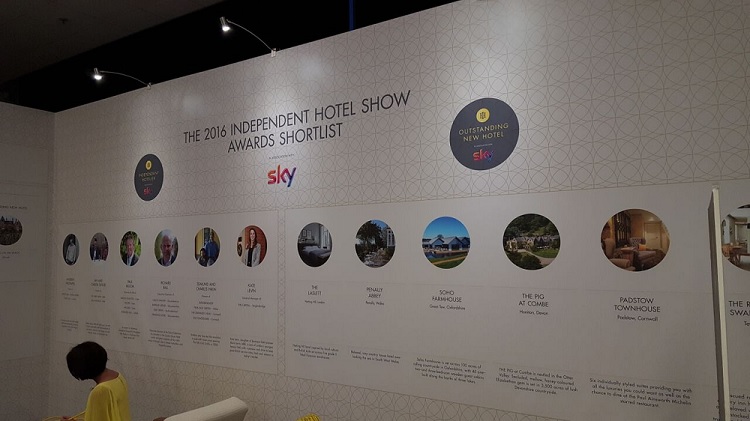 The winners of the Independent Hotel Show Awards, in association with Sky, were announced on Tuesday 18 October at Kensington Olympia.

Coming out on top in a strong field of nominees were The Laslett, Notting Hill – the outstanding new hotel of the year – and Kate Levin, general manager at the Capital Hotel, who won the hotelier of the year award.

The awards are an opportunity for the industry to recognise and toast the sector’s trailblazers at a relaxed reception, and take place annually within the confines of the show on the first evening.