W Hotels to Debut in Italy with W Rome Hotel 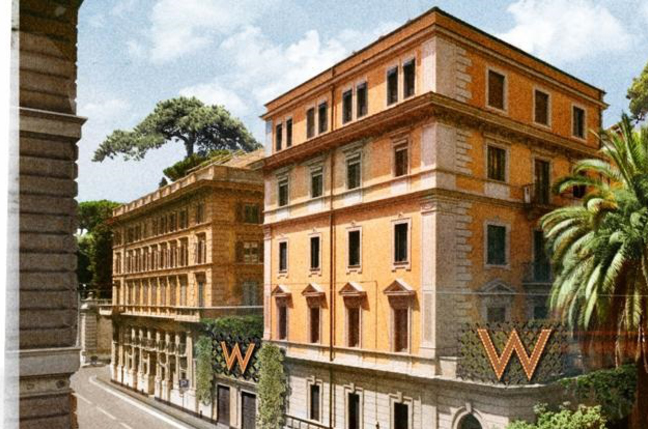 W Hotels Worldwide, part of the Marriott International group, has announced the signature of a hotel in Rome, its first hotel in Italy.

This hotel, the first by W in Italy, is set to open by 2021 in the Via Veneto neighbourhood. It has been renovated and will be operated in partnership with Omnam Group.

The W Rome Hotel will have 159 rooms and suites, including a presidential suite called Extreme WOW.

A rooftop bar, as well as a restaurant and a reception hall, as well as a spa and workout facility are among the hotel’s equipment. This announcement confirms the development of the W Hotels group in Europe, where it currently operates seven properties.