‘Topping out’ ceremony for Europe’s first Park Regis in Birmingham 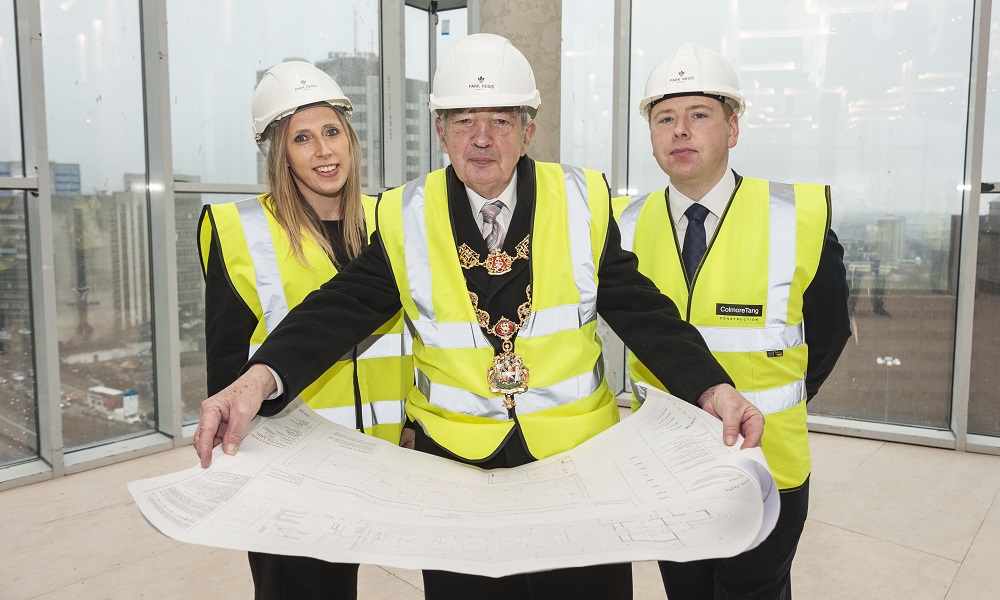 A topping out ceremony has been held at Europe’s first Park Regis in Birmingham as construction work nears the end of its final phase.

During a sneak preview inside the hotel, guests were given a tour of the £50 million project and saw the scale and progress of the building ahead of its opening.

The 253-bedroom hotel has seen former office building Auchinleck House at Five Ways transformed into a state of the art, four-star hotel which will boast some of the best views across the city from its newly built 16th floor sky bar.

Robin Ford, General Manager at Park Regis Birmingham, said: “As we head towards our grand opening, we’re thrilled to be able to bring people into the building to show them the culmination of all of the work that has been going on for the last three years. This is a significant milestone in the project and today we have been able to share our excitement with our stakeholders.”