Top 5 New Years Eve venues in and around London

In a city steeped in history and with New Year’s eve around the corner, we have decided to amplify the best designed venues in and around London which lend themselves to the party night of the year. 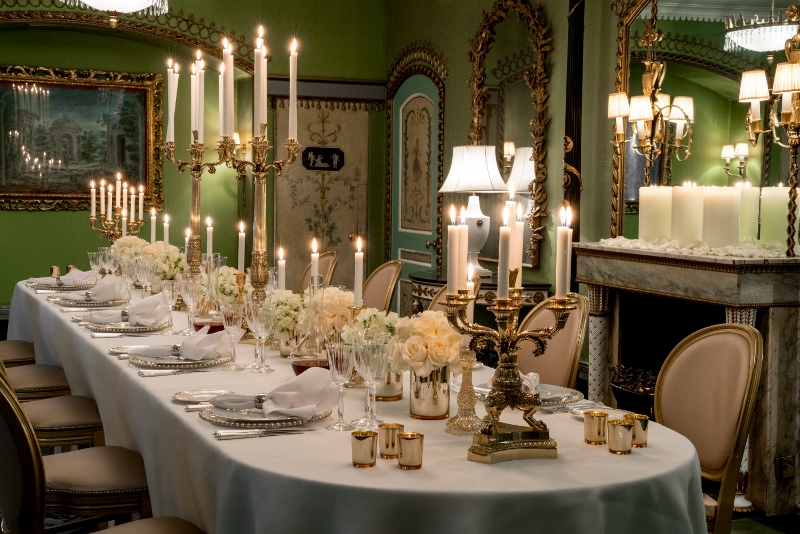 Sipping champagne as fireworks light up the London skyline is a moment you’ll never forget. The Dorchester invites you to join The Penthouse & Pavilion for a spectacular New Year’s Eve celebration with live entertainment, canapés and drinks until midnight. Then as the clock chimes, toast with a glass of Krug champagne on the balcony and treat yourself to our tempting dessert buffet. 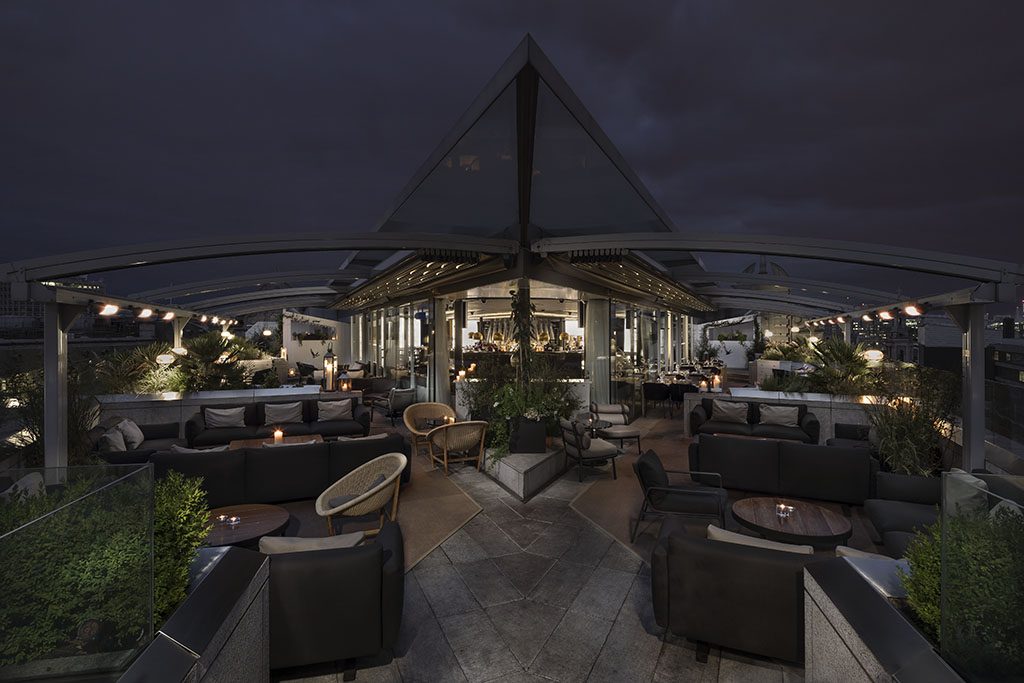 Enjoy what are said to be the best views of London for a New Year’s Eve extravaganza like no other. Expect fireworks from Radio Rooftop, accompanied by a DJ playing late into the night. Indulge in a selection of hot and cold luxury canapes, artisan cheeses, sweet treats, a chocolate fountain and open bar as you bring in the New Year.

The triangular site of the ME Hotel on the corner of Aldwych was once the home of the Gaiety Theatre, which was damaged during the war and demolished to make way for office development. Completing the grand sweep of buildings that make up the 1920s crescent, the new scheme repairs the urban grain and restores a little lost glamour to the heart of the West End. The project is the first flagship hotel in which everything, from the shell of the building to the bathroom fittings, has been designed by the practice – the result is an elegant fusion of interior and exterior design that signals a new contemporary approach for London’s boutique hotels.

The design, which was imagined and created by Foster + Partners seamlessly integrates the construction of a 157-key hotel with the restoration of the adjacent 1904 Marconi House, whose interior has been entirely restructured to accommodate 87 apartments. 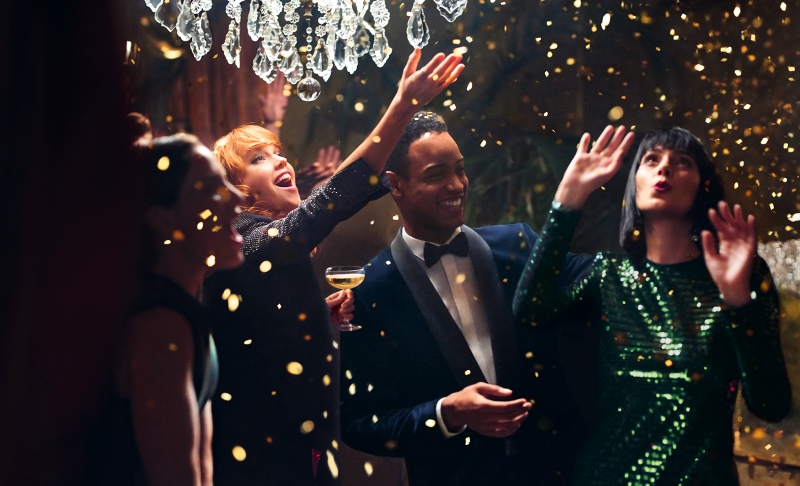 For the first time in the hotel’s illustrious history, The Lanesborough will be closing its doors for a New Years Eve party unlike any other. The quintessentially British hotel will be transformed into the most luxurious, beautiful (and we expect anything but tame) hotel party in collaboration with Moët & Chandon Champagne.

Designed by the decorated design house Alberto Pinto, the richly decorated grand dining room will be transformed into an exclusive nightclub. Cigar sommeliers in the Garden Room, one of the city’s most reputed cigar lounges, will offer guests a wide variety of world-renowned cigars.

4) Shangri La At The The Shard 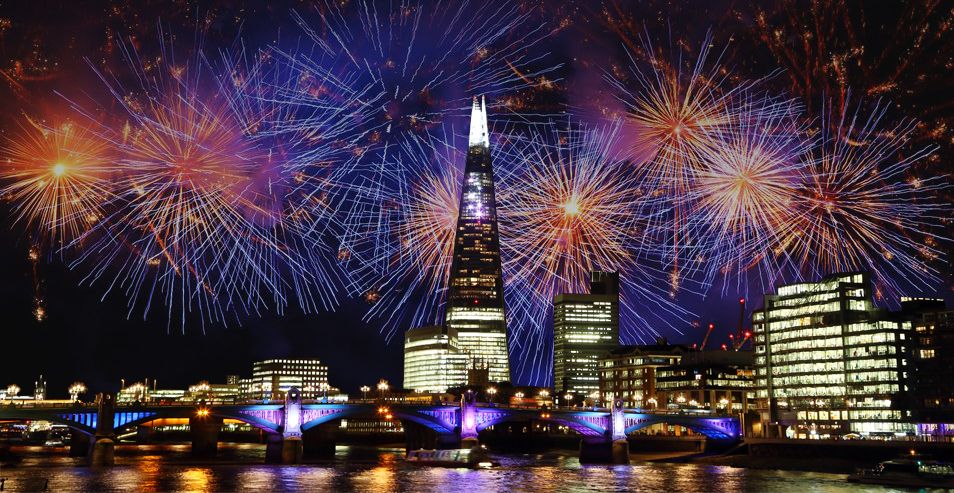 Designed by Dexter Moren Associates, Shangri-La At The Shard has been the party to attend on NYE thanks to its striking and unmatched panoramic views across London.

The Gatsby theme, which will involve a live swing orchestra, a six-course tasting menu and dancing into the New Year with a live DJ set will continue until early hours of 2019. 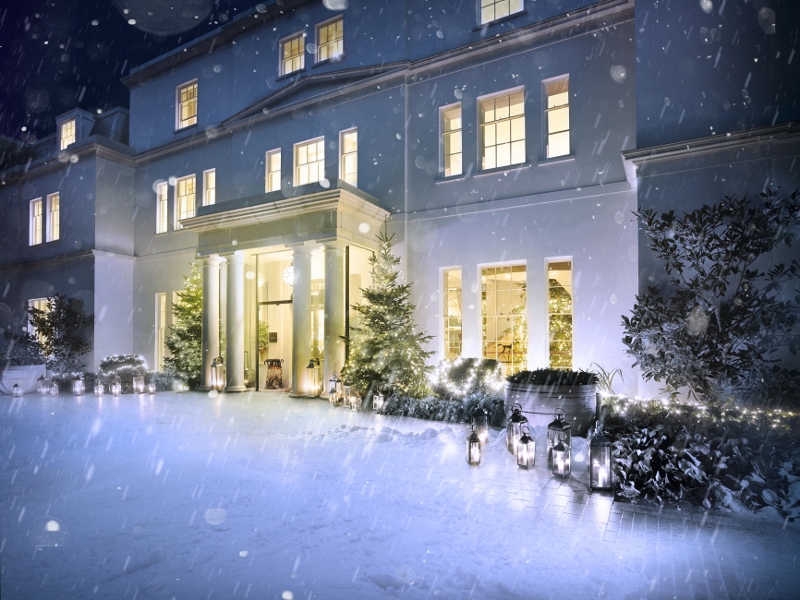 With its rural setting and charming country atmosphere, Coworth Park is a wonderful place to celebrate the festive season. A stones through from London, the beautiful event spaces, from the elegant Oak Room to the grand fairytale setting of The Tower House.

Coworth Park offers idyllic relaxation in many guises, from a rural detox to an indulgent, romantic escape. Here you’ll find an experience to refresh every sense within our welcoming oasis of calm.