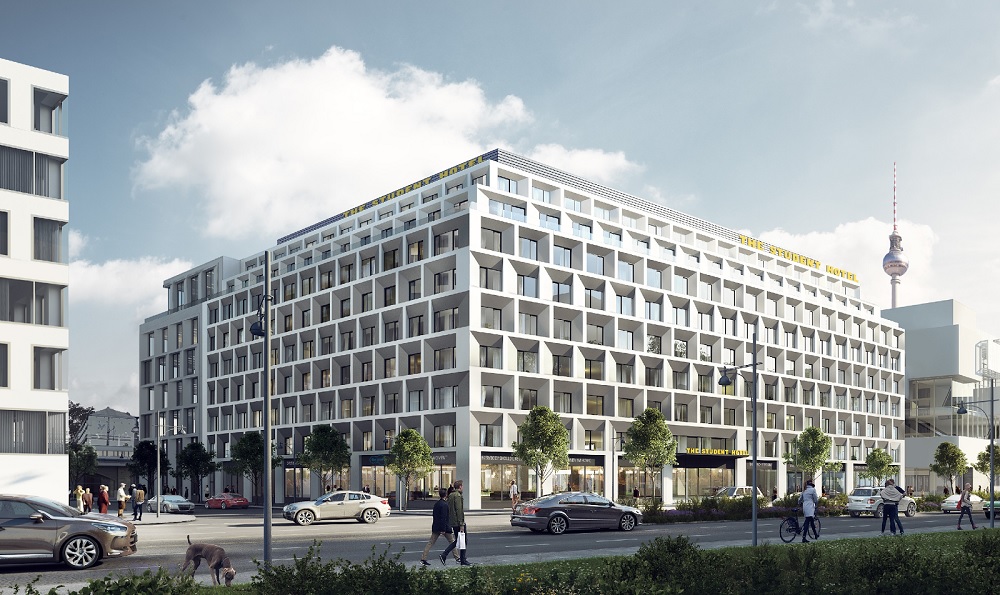 Adding to its twelve-strong portfolio of properties, The Student Hotel will open its first German location in the heart of Berlin in partnership with the European Student Housing Fund.

The 17,000-square metre space is located on Alexanderstraße, in the immediate vicinity of the iconic Alexanderplatz, an area known as the Alexanderquartier.

The project will be developed and operated in a joint venture with Triton Development GmbH, the investment adviser to the European Student Housing Fund. The Student Hotel Berlin will bring 456 new rooms to serve the thriving international student and tourist community.

Opening in 2019 The Student Hotel Berlin will add to the mixed-use character of the area. Contemporary architecture will frame the hotel and create a mix of student rooms, hotel rooms and co-living studios. The ground floor will be accessible to the public with study areas, meeting rooms, a co-working space for start-ups, games room, a gym and a garage for a 400+ bicycle fleet.

Charlie MacGregor, the company’s CEO and founder says: “The Student Hotel Berlin will connect students and start-ups, freelancers and the local neighbourhood. We are happy to start our German adventure in Berlin, a city which, like The Student Hotel, has been a shelter for a young and international community.”

The Student Hotel Group, which currently operates over 3000 rooms in Amsterdam, Rotterdam, The Hague, Groningen, Barcelona and Paris, will open shortly in Eindhoven, Maastricht, Florence and Bologna aiming to reach 15,000 rooms by 2020 through acquisitions and development sin Germany, Italy, France, Spain, Portugal and the United Kingdom.

Berlin is one of the largest university cities in Europe with 165,000 students attending up to 31 universities and post-graduate academies, including Humboldt Universität, Freie Universität and Technische Universität. The number of international students is growing fast, generating demand for this new student accommodation concept.