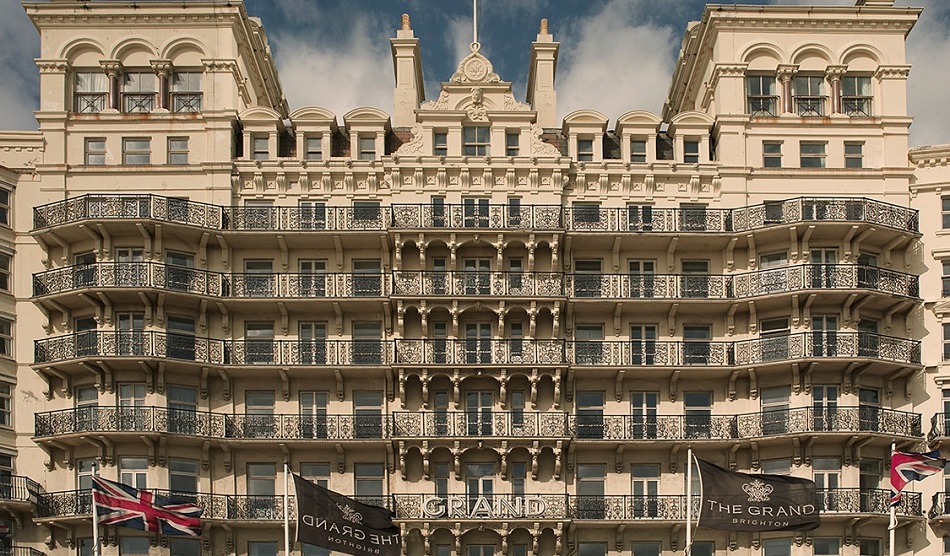 The refurbishment, due to be completed in autumn 2017, will be conducted in four phases and will see the initial work commence on the East Wing of the building from 24 October.

Enhancements to the iconic hotel will include the installation of a new lighting system that will enrich the architectural design of the building, new windows and balconies for sea-facing rooms and full insulation, as well as a re-render of the front of the building.

Working with local businesses, J Davies Building Limited will be the main contractor having worked on a number of projects with The Grand, including most recently the Victoria, Lounge, Terrace and Bar refurbishment.

Conservation has been a main priority throughout the planning phase in order to minimise the impact and ensure guests continue to receive the best experience. The Grand has worked closely with Brighton Council and other conservation groups to ensure the heritage of the building is respected and restored to its former glory, with materials selected for longevity and for the environment. 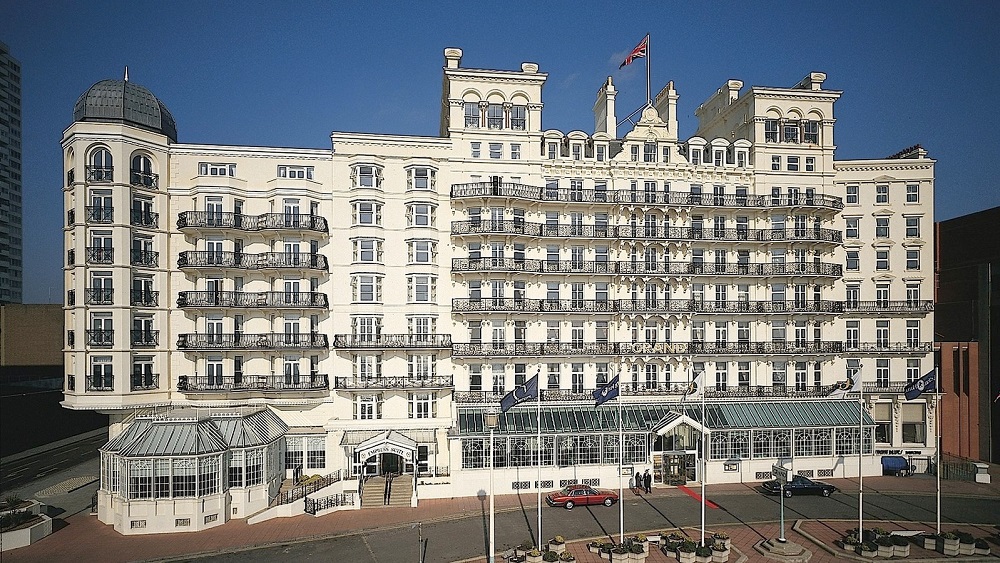 Andrew Mosley, General Manager at The Grand, comments: “Since becoming an independent hotel in 2014, our owners have invested a significant amount and this project is a testament to our ongoing commitment to our customers and improving the guest experience at The Grand.

“The Grand is one of Brighton’s most treasured icons with a well-known and storied history. Once completed, the restoration of the façade will not only return the hotel to its former glory, but firmly establish The Grand as one of the landmark destinations on Brighton’s famous seafront.”

The restoration project is the latest development in a wider multi-million pound investment programme, following the sale of the hotel to independent owners in 2014. This has seen The Grand roll out an ambitious programme to install air-conditioning across its 201 bedrooms, refurbish its Victoria Terrace, Lounge and Bar, further upgrade its own seafood restaurant, GB1, upgrade Wi-Fi bandwidth capacity to 1GB and invest significantly in back of house facilities.