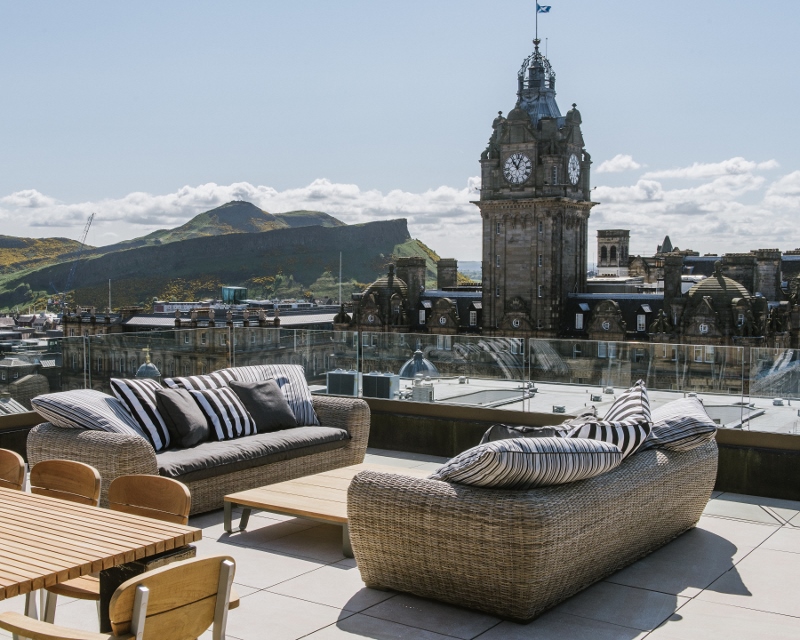 Two years in the making, The Edinburgh Grand has opened its doors for the first since it was closed 2007, successfully converting the headquarters of a bank into a five-star hotel.

The hotel opens with the aim to redefine luxury accommodation in the area, offering 50 individually designed, fully-equipped apartments as well as a selection of restaurants and bars.

“Every detail has been carefully considered – from the beautiful art deco inspired interiors celebrating the building’s amazing heritage, to the cutting-edge technology in each of the apartments, said general manager of Lateral City Apartments, which will operate The Edinburgh Grand, Gavin MacLennan. “The Edinburgh Grand is the ultimate home from home, and we know it will surpass every expectation.”

The venture is part of Chris Stewart Group’s ambitious Registers development, a regeneration and redevelopment project which is set to transform one corner of the prestigious St Andrew Square. Karen Brown, head of interior design at CSG led the project though the entire renovation. 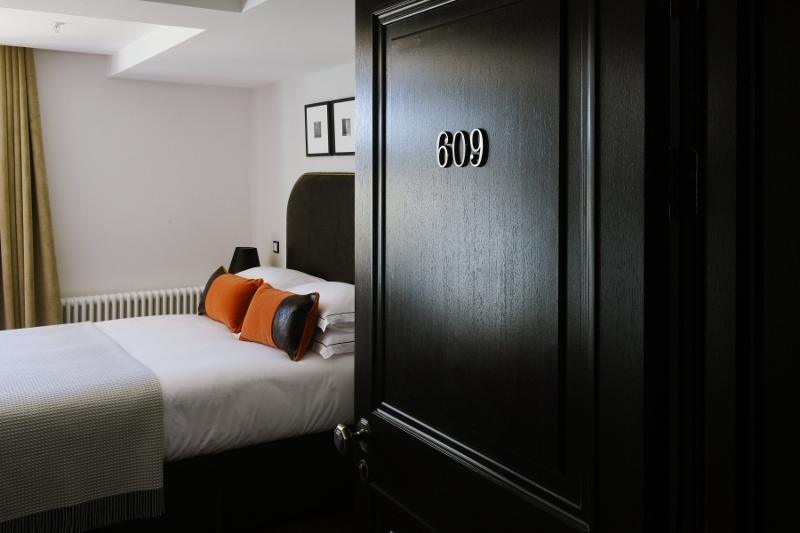 Old meets new as guests’ needs have been put at the forefront of the distinctive design with original features artfully woven together with contemporary interior design. Authentic features, including original dark wood panelling, fireplaces, brass door handles and decorative cornicing, create a sleek and timeless design.

From the uniquely configured Grand Studios to the city’s most exclusive suite, the three-bedroom, rooftop Penthouse boasts unmatched 360° panoramic views over the cityscape.

Each residence is equipped with smart televisions, Bose sound systems and intelligent heating controls and a fully fitted top of the range kitchen. Bathrooms feature drench showers and oversized baths in addition to luxury amenities. 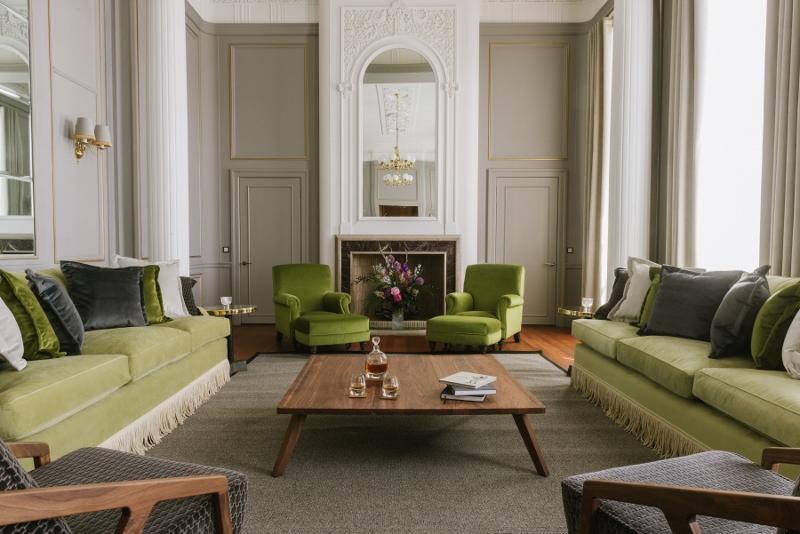 The Edinburgh Grand is also home to The Register Club, which occupies the west wing of the fourth floor. The champagne and cocktail club run by The Bon Vivant promises to be one of the city’s most elegant and sought-after venues.

Following the opening, in July the award-winning steak restaurant and cocktail bar, Hawksmoor, will open its first Edinburgh offering with 170 covers in the former banking hall on the ground floor. The Bon Vivant team will also launch a continental café and aperitif cocktail bar with a late-night basement hangout tucked into the former banking vaults below. Sitting proudly in its place on St Andrew Square, and showcasing the best of interior design, impeccable service and local food and drink, The Edinburgh Grand is set to become the most sought-after hotel booking and table reservation in the city.