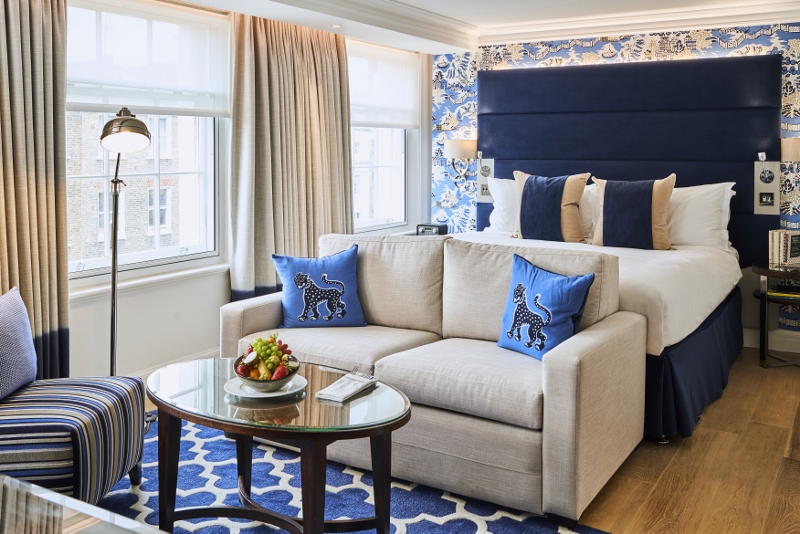 To mark the 8th Anniversary of The Arch London, the luxury five-star boutique Georgian townhouse hotel has refurbished a third of its guestrooms as part of its ongoing refurbishment project…

The newly renovated guestrooms have the same style and characteristics that the hotel’s loyal guests have come to know and love.  Now with a bolder more colourful look, the spaces rival some of the best designed hotel rooms in the Capital.

Within the Grade II listed building, pops of strong colour and alternative fabrics from a selection of British designers and companies – such as Nina Campbell, Matthew Williamson for Osborne & Little, Clarke & Clarke – have been added to mix and match across the guestrooms.  This gives each space its own unique style whilst creating a cohesive look.

The bathrooms feature walk-in showers, along with elegant bronze and white tiling.  Additional lighting has been placed around the mirrors to aid those getting ready for the evening – perhaps in the hotel’s award-winning restaurant Hunter 486.

To create an inviting space, furniture positioning is vital, so that the guestroom neither feels too cluttered or stark. The most important part of the room is the bed which has to be super-comfortable.  With this in mind new bespoke beds were installed, all of which have been fitted with Nestledown and Sleepezee mattresses that are 2000 Pocket Sprung, and are adorned with duck down duvets and pillows and high thread count linens.

Lighting is one of the most important aspects of any room, and the designers have taken advantage of new developments in lighting technology to enhance the rooms’ ambience.  Whilst some of the rooms have eye-catching curtains, other rooms use shutters to create a fresh, elegant, colonial style.

The lighting now also incorporates modern LED technology, enhancing the mood in the rooms and showcasing the designs. Rooms have been reconfigured with integrated pelmet lighting to highlight the curtains, as well as being fitted with LED strips on the headboards to up-light the feature walls. 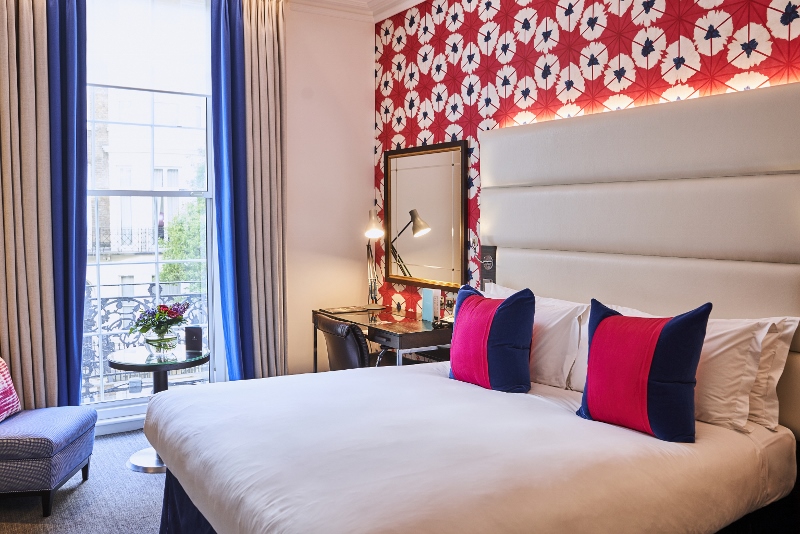 In addition, the designers selected new wall lights for the bed-heads and bathrooms.  Paul Smith Anglepoise lamps were used in all the bedrooms for desk lighting as they fitted the schemes perfectly – colourful, a little quirky, but very functional.

A member of Small Luxury Hotels of the World™ and Pride of Britain, the hotel boasts 82 bedrooms including eleven sumptuous suites spread over six floors. Spacious interconnecting rooms are on offer for families or larger groups.

The hotel offers a selection of complimentary treats for guests to enjoy.  These include soft drinks, water and juice from the mini bar, Jing teas, a Nespresso coffee machine, MALIN + GOETZ toiletries, WIFI and daily changing exotic flavoured drinks in the lobby. 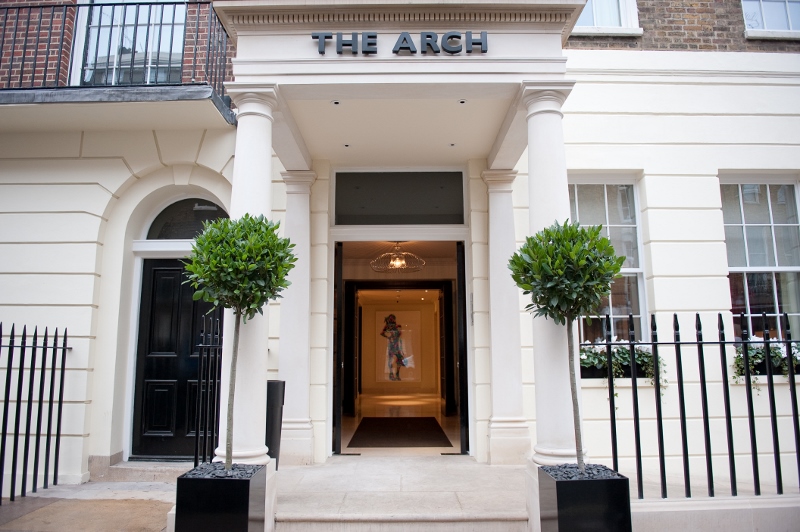 A handpicked selection of classic novels can be found in the suites, while all rooms have a full Sky HD TV package, DVD Player and internet radio with over 19,000 channels for international guests. The bathrooms feature modern flourishes such as heated anti-steam mirrors and flat screen TVs built into the wall above baths.

The officially rated five star property is a regular resident amongst the top 20 Luxury hotels in the UK on TripAdvisor and has earned the 2017 Forbes Travel Guide Recommended Award. The hotel is tucked away on a quaint residential street in Marylebone, a stone’s throw from Bond Street, Hyde Park and the West End, and spans seven Grade II listed Georgian townhouses and two mews homes.

The hotel offers a gymnasium on the lower-ground floor for guests to use, with fitness equipment including a PowerPlate machine and multi-functional Kinesis station.