Soho House and Sydell Group reveal plans for The Ned 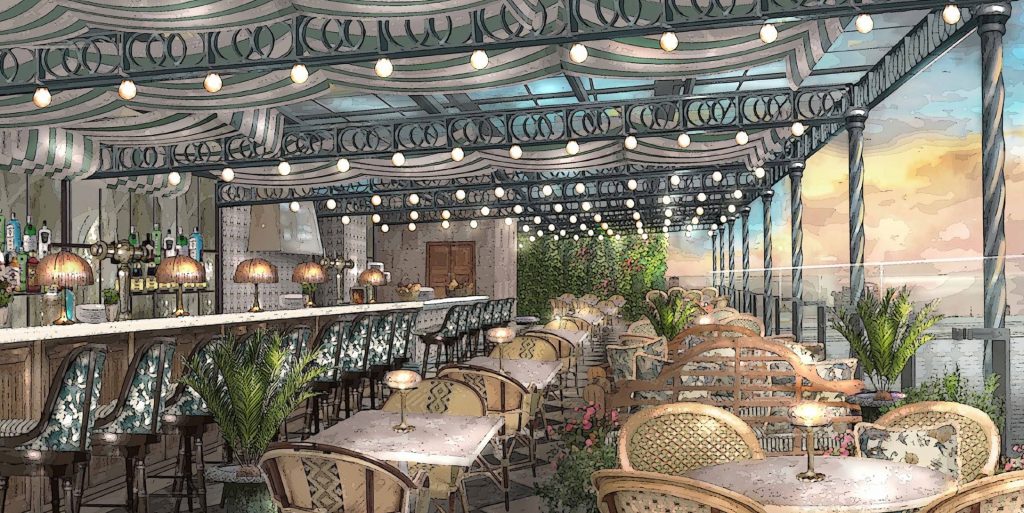 London’s Soho House & Co and New York’s Sydell Group will join forces to create The Ned – a hotel, club and collection of restaurants in the former Midland Bank building City of London.

The Grade I listed former bank building was designed by Sir Edwin ‘Ned’ Lutyens in the 1920s as the headquarters of Midland Bank which at the time was the largest clearing house bank in the world. 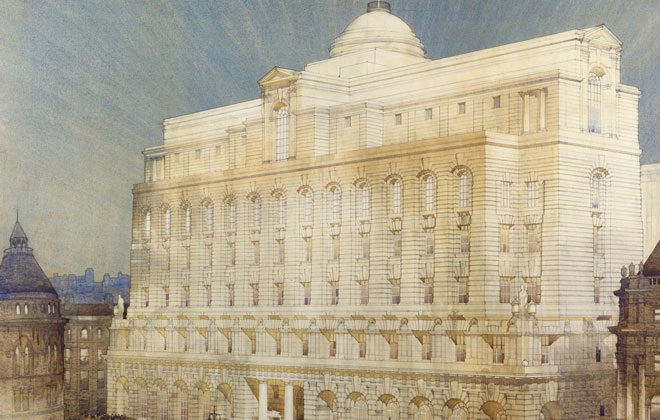 The beautiful building will be fully restored and converted to hotel use and will feature nine unique restaurants and bars, majestic event spaces converted from the former executive offices and board rooms, extensive health and leisure facilities, grooming facilities, a roof top terrace with pool overlooking St. Pauls as well as a membership club. 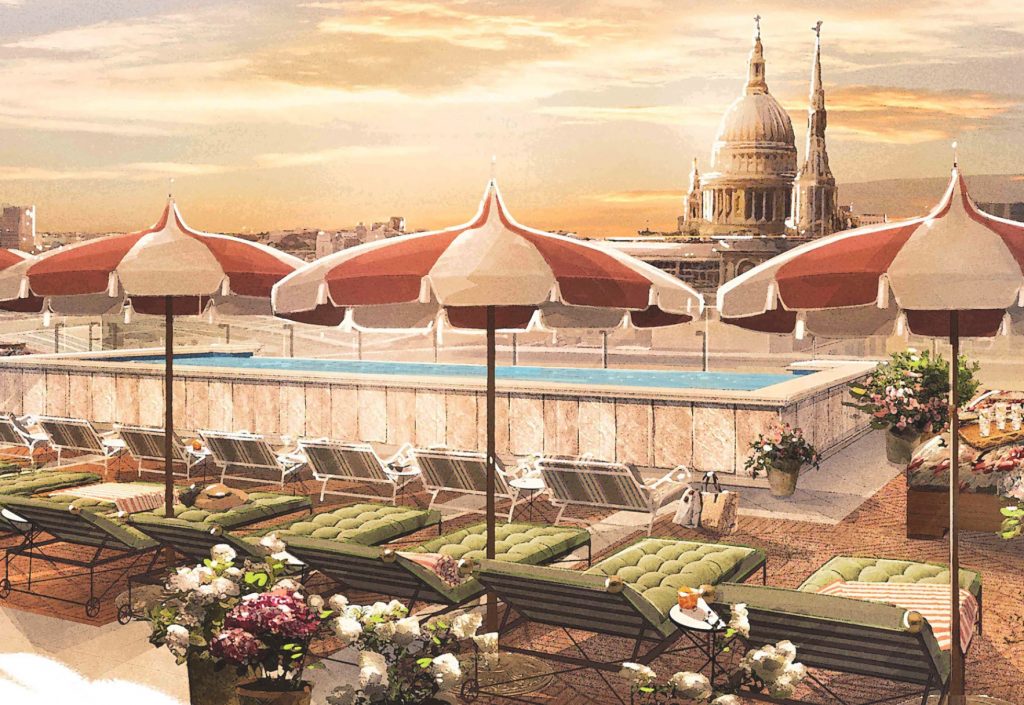 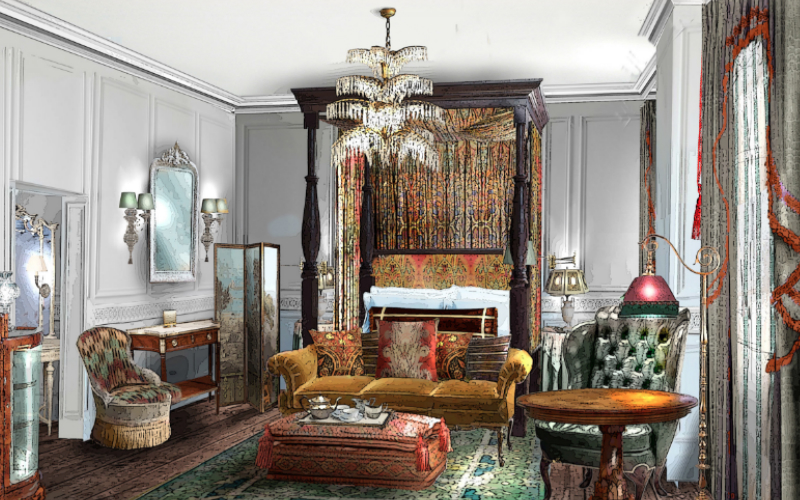 The property is scheduled to open in early 2017.
Photos: thened.com