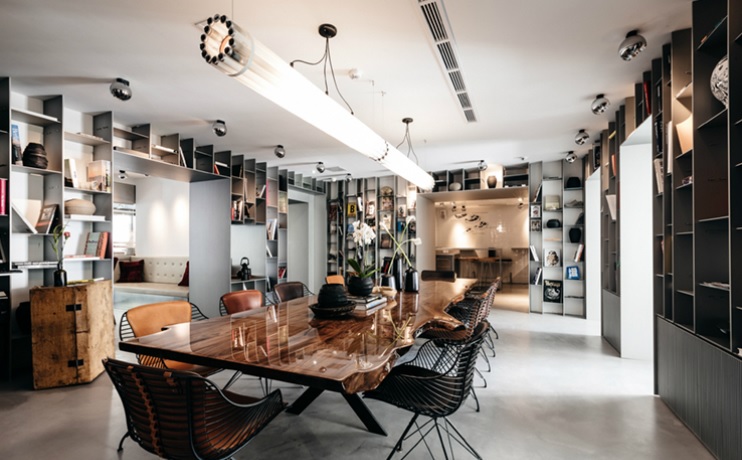 This autumn will see the opening of Sir Savigny in Berlin, followed by Sir Adam, their second outpost in Amsterdam, and finally Sir Nikolai in Hamburg. Although each property boasts a unique design concept defined by their namesake, they all reject the traditional hotel model and instead imbue a sense of staying at the home of a close friend — albeit one with impeccable taste in city pied-à-terres.

“With three new openings, 2016 is an exciting year for us. Ever since we envisioned our first SIR hotel, we wanted to see the SIR family grow in other urban hotspots and we’re thrilled to announce it’s happening,” says Liran Wizman, Owner and Founder of Europe Hotels Private Collection. 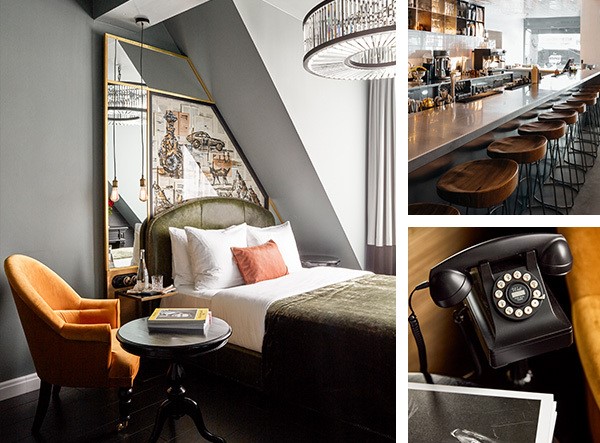 The fluid design of the ground-floor reception rooms has been created by award-winning interior designers Baranowitz + Kronenberg, allowing guests to slip seamlessly between perusing Sir Savigny’s book collection in The Library to sipping aperitifs fireside in the Winter Garden. The flowing space leads to The Butcher, a hip neighborhood burger bar offering haute fast food, defined by culinary craftsmanship and the finest Aberdeen Angus beef. Bookending the property is the Savigny Garden, a leafy urban retreat perfectly placed for whiling away halcyon city days amid stylized graffiti and Sir Savigny’s eclectic art collection.

Sir Adam, Amsterdam, The Netherlands
Innovative, award-winning New York-based agency Icrave has been entrusted with the design of SIR hotel’s second outpost in the Netherlands, the achingly chic pad of music aficionado Sir Adam. Taking to the decks at the iconic A’DAM tower in winter 2016, Sir Adam is set to become the pulse-quickening cultural hub at Amsterdam City IJ-River. The host’s love of music permeates every aspect of the hotel, from the Crosley record players and illuminated song lyrics in the 108 guestrooms to the fully comprehensive Music Library. 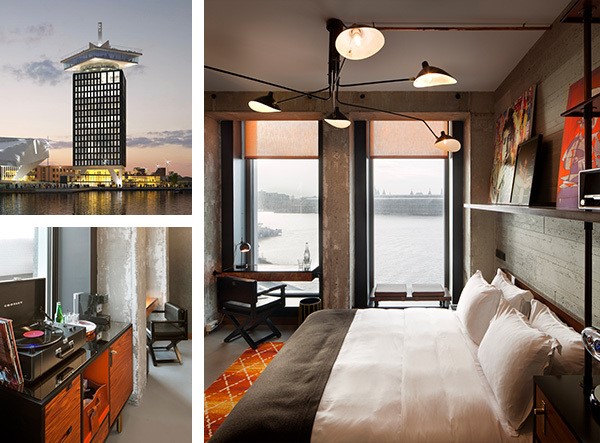 However, music junkies will truly find their tribe at The Hub, a co-working space-meets-concept store overlooking The Butcher Social Club. Defying definition, The Butcher Social Club comprises an oh-so-cool gourmet burger joint, island bar with live DJ sets, and a living lobby complete with river terrace. From here, a spiral staircase ascends to rooftop drinking den The Beer Garden and creative studio space The Deck, boasting an unrivalled vista over the city, which is best viewed from one of its four hot tubs. When combined, the two sky-high spaces are set to play host to the capital’s hottest events. 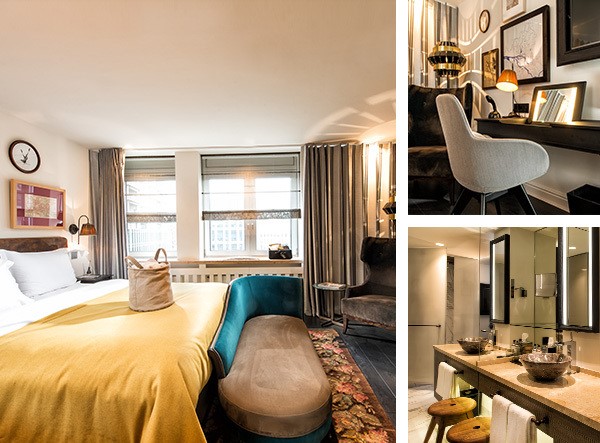 Extending into the glasscovered Courtyard, the patio is the beating heart of the hotel with its fluid inside/out setup playing host to both cozy fireside soirées and the eternal cocktail hours of summer. The subterranean SPA takes on an elegant yet casual vibe, taking care of body and mind in Sir Nikolai’s inimitable style. While more immediate nourishment comes courtesy of IZAKAYA, an innovative Japanese-Peruvian dining experience which pushes the boundaries of Nikkei cuisine in urban-chic surroundings.