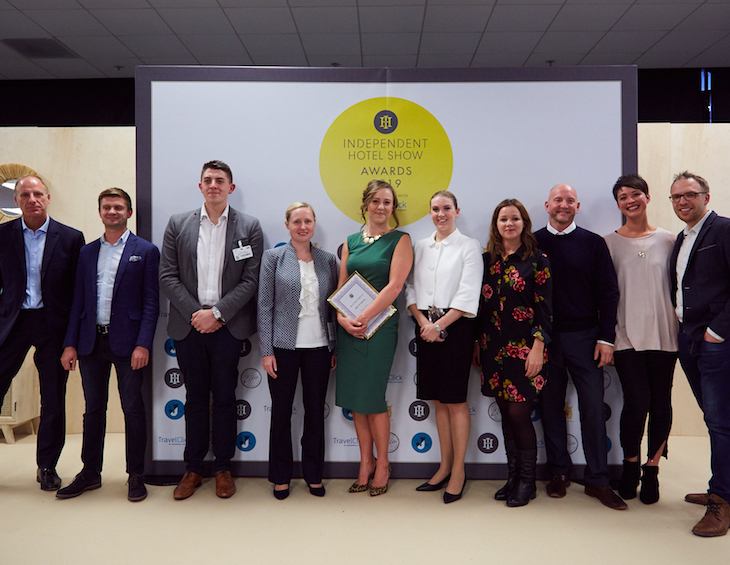 The shortlist has been revealed and public voting is now open for the 9th annual Independent Hotel Show Awards, which celebrate the highly skilled professionals working in the UK independent and boutique hotel sector…

Across two days of judging, a panel of industry experts whittled down the nominees across two key categories: Independent Hotelier and GM of the Future, in partnership with The Master Innholders.

The Independent Hotelier award recognises an excellent independent hotelier or hotelier partnership with a reputation for pushing boundaries and creating exceptional guest experiences.

Since the Awards launched in 2012, the independent hoteliers recognised in this category have continued to drive change and innovation in the sector.

Brenda Collin, EVP Europe, Preferred Hotels & Resorts and judge for the Independent Hotel Show Awards, said: “The caliber of entries this year was exceptionally high and therefore difficult choices had to be made.

“Congratulations should be offered to all the nominees who, without exception, had given back in some way to society in addition to their day jobs. Our industry is so well served by exceptional people and these awards showcase the great leaders who will inspire future nominees.”

The shortlisted hoteliers for the Independent Hotelier award are:

The shortlisted nominees for GM of the Future, in partnership with The Master Innholders, are:

Commenting on the GM of the Future award entries, The Master Innholders Chairman David Morgan-Hewitt FIH MI, said: “We received a large number of excellent applications, each showing great talent and passion for the hotel industry, which made it very difficult to select a shortlist of just six candidates. Each of those chosen displayed an exceptional level of involvement in the industry and the qualities of a good leader, and I would like to congratulate them on their well-deserved success.”

“Our shortlisted Independent Hoteliers have shown incredible strength and leadership in the face of adversity and our GM of the Future nominees should be celebrated for their enthusiasm, hard work and commitment over the past year. Now more than ever it’s important to recognise the exceptional hospitality professionals that make up the UK’s boutique and independent hotel sector.

“We can’t wait to announce the winners of the Independent Hotel Show Awards at the event on 4 October and to see the hotel community all together, in person, once more.”

For the Independent Hotelier award, the judges’ picks will be combined with a public industry vote to decide the ultimate winners. The judges were as follows:

The judging panel for GM of the Future, in partnership with The Master Innholders, was as follows:

Find out more about each of the shortlisted individuals and cast your vote at independenthotelshow.co.uk/awards.

The Independent Hotel Show, presented by James Hallam, takes place on 4-5 October 2021 at Olympia London. Register for your complimentary pass at independenthotelshow.co.uk.