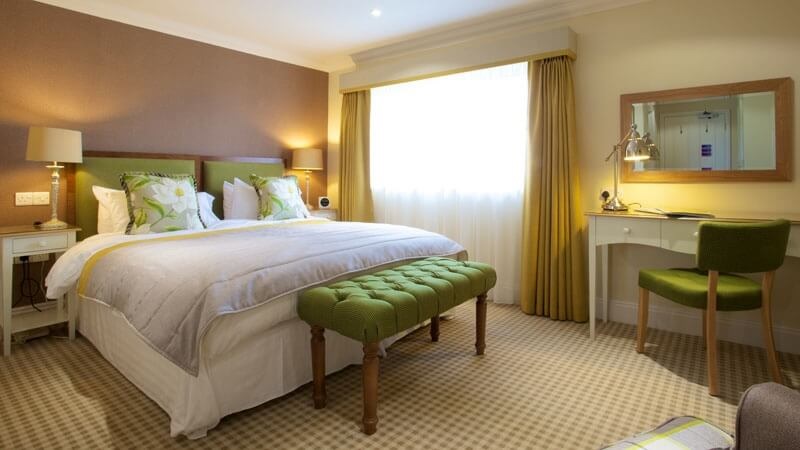 It’s been a successful week for the staff and owners of Highbullen Hotel Golf & Country Club after their plans for 58 holiday lodges and a 16 bedroom extension to the hotel were approved by North Devon Council planning committee.

David Tearle, General Manager of the Hotel said: “Highbullen has benefitted from significant investment under the new ownership since 2012 which has resulted in a string of regional and international awards. This decision will help Highbullen take its place as a destination hotel and somewhere North Devon can be proud of.”

To date over £8.8million has been invested in the estate by the owner Mr Frank Chapman. As well as the complete refurbishment of all the existing facilities, a new state of the art wedding venue and conference centre has been created. This is already attracting prestigious events to the hotel from far and wide.

The planning approval will allow additional investment to be made to further improve the quality of accommodation and range of facilities on offer. This will include a luxurious spa, comparable to anything available in the south west of the UK. That will help attract visitors to North Devon who might otherwise look elsewhere.

Peregrine Mears Architects based in Barnstaple and Exeter are agents for the application. Practice Director Peregrine Mears, added: “Farming and tourism have long been the mainstays of the North Devon economy. Highbullen is a special place and we are really excited to be able to help the hotel take its place as the jewel in North Devon’s tourism crown.”

Crucially the decision will safeguard the jobs of the hotel’s existing employees, many of who live locally and some of whom are second generation. The planned development is anticipated to generate a further 25 jobs on site in future.