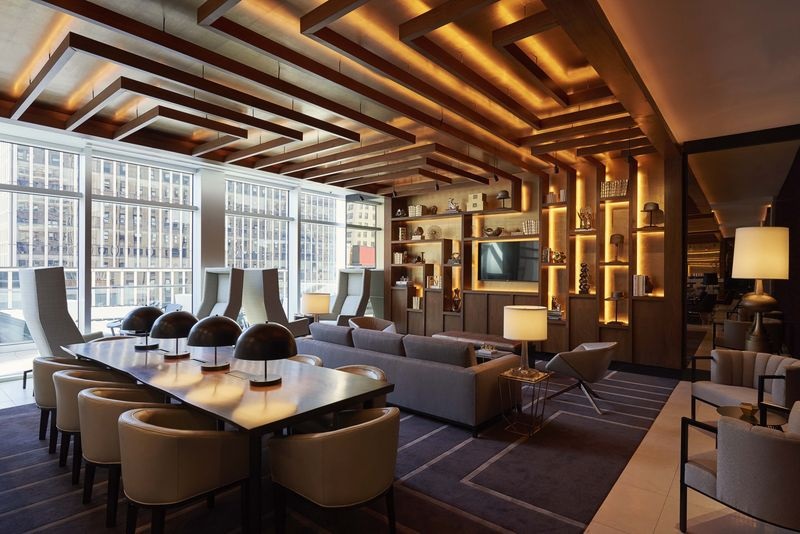 Renaissance Hotels’ new US flagship property, the Renaissance New York Midtown Hotel, which opened in Manhattan on March 21, 2016, is leading the way for the brand in its ‘Fearlessly Chic’ global design philosophy and ‘Business Unusual’ outlook.

Award-winning design studio Jeffrey Beers International (JBI) has captured the authenticity and glamour of the city through innovative technology never before showcased in a New York hotel.

To bring the design to life, Beers himself collaborated with Roger Parent of interdisciplinary technology firm Réalisations Inc. The city’s first ‘living’ hotel is comprised of sensational, ever-changing digital experiences inspired by the fashion and artistic industries in the neighbourhood which are an integral and informative element of the design. 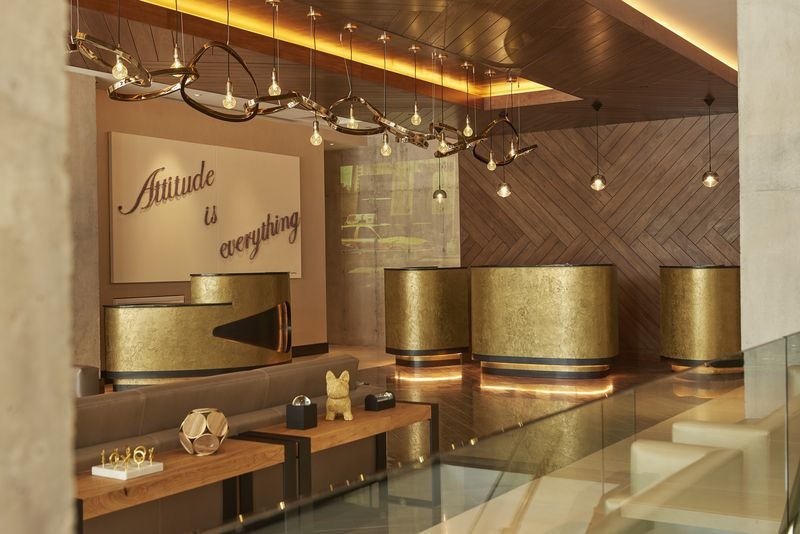 Specifically designed to interact with visitors from the moment they enter the hotel, the property features ambient intelligent corridors that respond to human movement, digitally enhanced elevator banks, and a never-before-seen Discovery Portal Powered by Time Out that showcases neighbourhood guides on a user-friendly digital alcove to be accessed with the point of a finger or tap of a toe. A four-story LED digital clock at the top of the building will also bring the hotel to life and will add a beacon of light to the city’s skyline for all to enjoy. 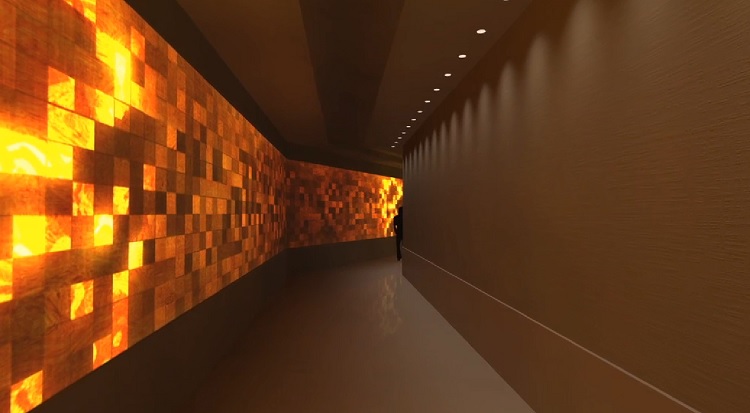 Using New York City as his muse, Beers’ vision was to capture the energy of the locale by juxtaposing high-low design components, such as smooth millwork and polished marble against the rough texture of exposed concrete walls, to create elegant yet edgy public spaces and guest rooms. The purposeful disparity of materials was new to Beers, known for his work at properties around the world including Miami’s Fontainebleau, Daniel Boulud’s db Bistro Moderne in New York and Singapore, and the One&Only Ocean Club in the Bahamas, making the Renaissance New York Midtown unlike any project he has worked on. 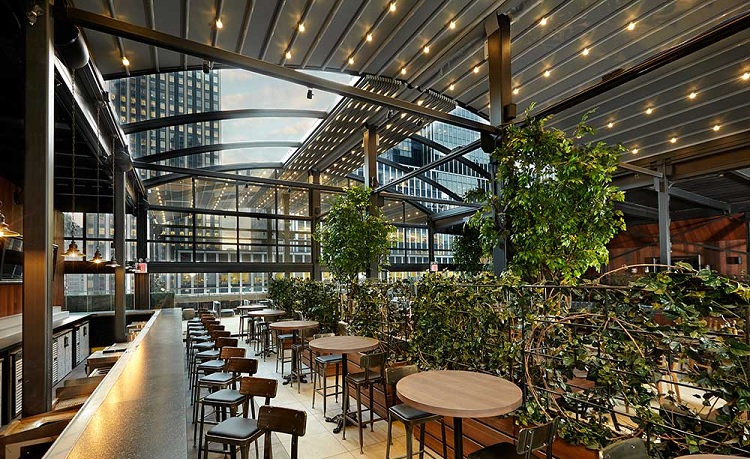 “Having grown up in New York, I thrive on the fast-paced rhythm of the lifestyle here. I wanted the design of this hotel to capture the vibrancy and creative energy of the city; to immerse visitors in the real New York,” said Beers. “There are a number of elements throughout the design that are meant to provide an unexpected moment of enjoyment and playfulness — inspired by Renaissance’s ‘look and look again’ philosophy. The artwork, for example, might appear to be a two-dimensional painting from afar, but as visitors get closer they will see that it is actually composed of pins or pencils.” 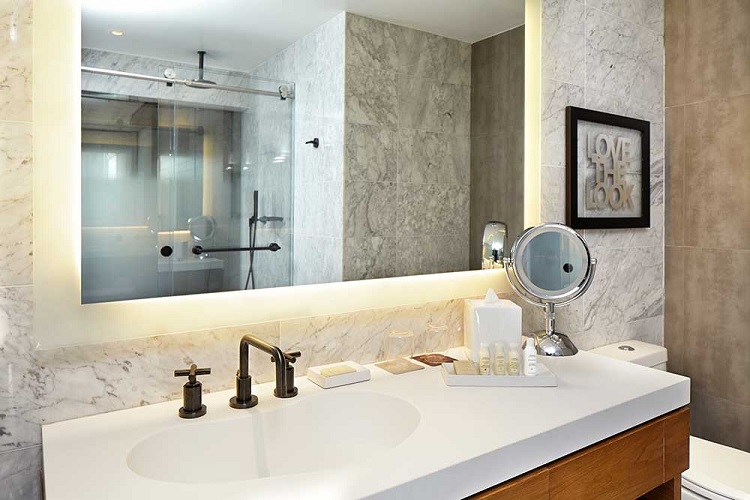 Surprising design elements are found throughout the hotel, from flirtatious graphics at the back of each guestroom closet, to inspiring quotes in the bathrooms. Life-size images are etched on the back walls of the elevator cabs and each time the elevator doors open on the ground floor, guests will be treated to specially-curated digital imagery showcasing local artists and neighbourhood experiences. Timed to mirror the opening and closing of the elevators, the projected digital displays will always be evolving and the hotel will be visually different on each and every visit. 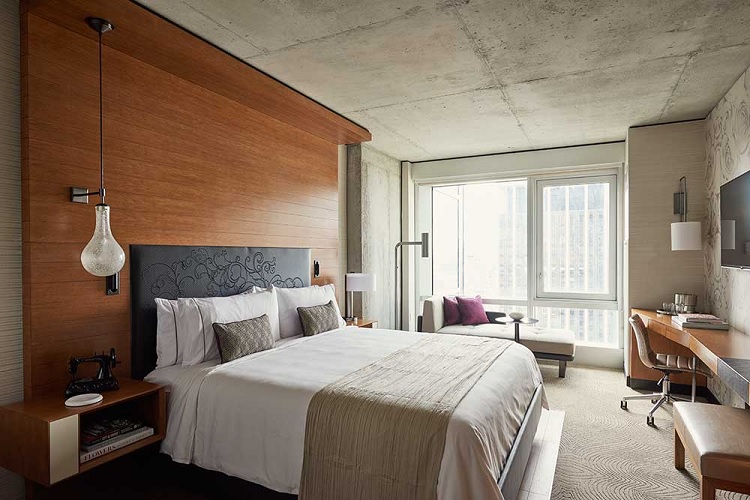 Located on 35th Street between Seventh and Eighth Avenues, the hotel boasts 348 guest rooms, including seven Executive Suites and one Empire Suite. Each guest room offers a sophisticated neutral palette with pops of purple or grey throughout the bedding and upholstery. With floor-to-ceiling windows, the spacious rooms use pale finishes, maximise natural light, and adhere to an uncluttered aesthetic. A gradient frosted-glass shower wall separates the all-white Italian marble en-suite bathroom from the sleeping area. 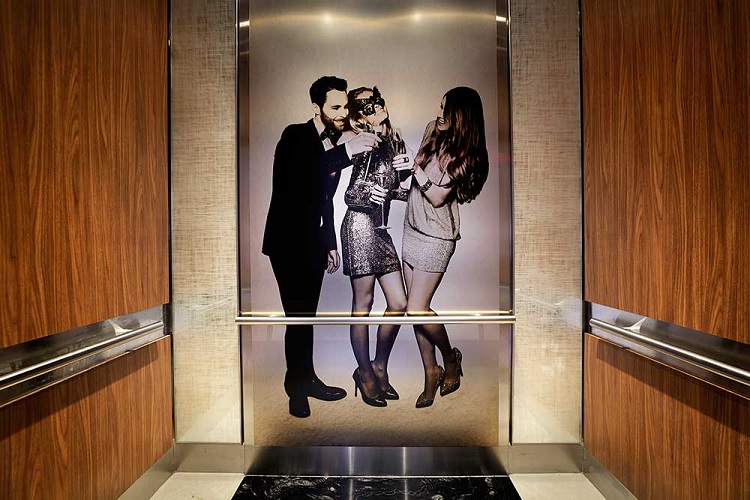 On the sixth floor guests will find a sleek Lobby Bar, Library Lounge, a clandestine DJ booth and Club Lounge for Elite Marriott Rewards members and preferred guests. The hotel offers 4,500 square-feet of meeting space which can be separated into smaller conference rooms with glass air walls. Floor-to-ceiling windows will offer magnificent views of the city, while stylised inspirational quotes from fashion greats such as Coco Chanel and Oscar de la Renta painted onto the raw concrete back wall, pay homage to the surroundings.