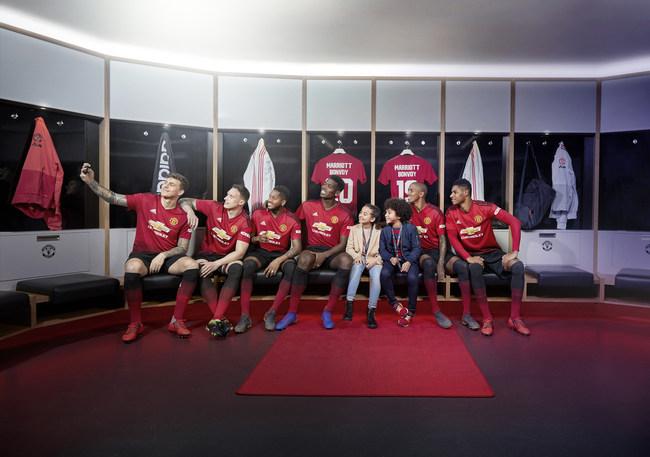 Marriott International and Manchester United has announced a multi-year marketing partnership, giving the 120 million members of the Marriott Bonvoy travel programme exclusive opportunities for once-in-a-lifetime Manchester United football experiences – including the chance to become the club’s Stadium Announcer or Kit Manager for the day.

The new partnership launches today with a film that features players from the Manchester United first team and team management, bringing these magical moments to life.

“Marriott International is the leader in its field and we’re excited to be partnering with them as Marriott launches its new travel programme, Marriott Bonvoy,” said Manchester United, Group Managing Director, Richard Arnold.” Together we look forward to creating some unforgettable moments for Marriott Bonvoy members, inspired by the thrill and excitement that only Manchester United can create for fans around the world.”

With the Marriott Bonvoy travel programme, members have access to its extraordinary portfolio of global brands and properties in 130 countries and territories, as well as unmatched memberbenefits and exclusive Marriott Bonvoy Moments’ experiences.

‘Stadium Announcer’ Experience – Marriott Bonvoy members will have the chance to go behind the scenes at the iconic ‘Theatre of Dreams,’ shadowing the stadium announcer with their pre-match preparations. Prior to the game, the member and a guest will soak up the atmosphere pitch side, before enjoying VIP hospitality, including match tickets and a meet and greet with a former player.

Welcome the Team on arrival at Old Trafford – Members and their guest arriving at Old Trafford on matchday will head pitch side to meet a Manchester United legend before making their way to the player’s tunnel to be in prime position to welcome the team as they step off the coach and head into the dressing room to prepare for the game.

‘Kit Manager’ Experience – Members will be able to add a final finesse to the home dressing room at Old Trafford pre-game as they shadow the first team Kit Manager. The member and a guest will help prepare the match kit ahead of the players’ arrival before heading pitchside to be met by a Manchester United Legend. After the hard work is done, the member will be able to sit back and relax whilst enjoying pre and post-match VIP hospitality.