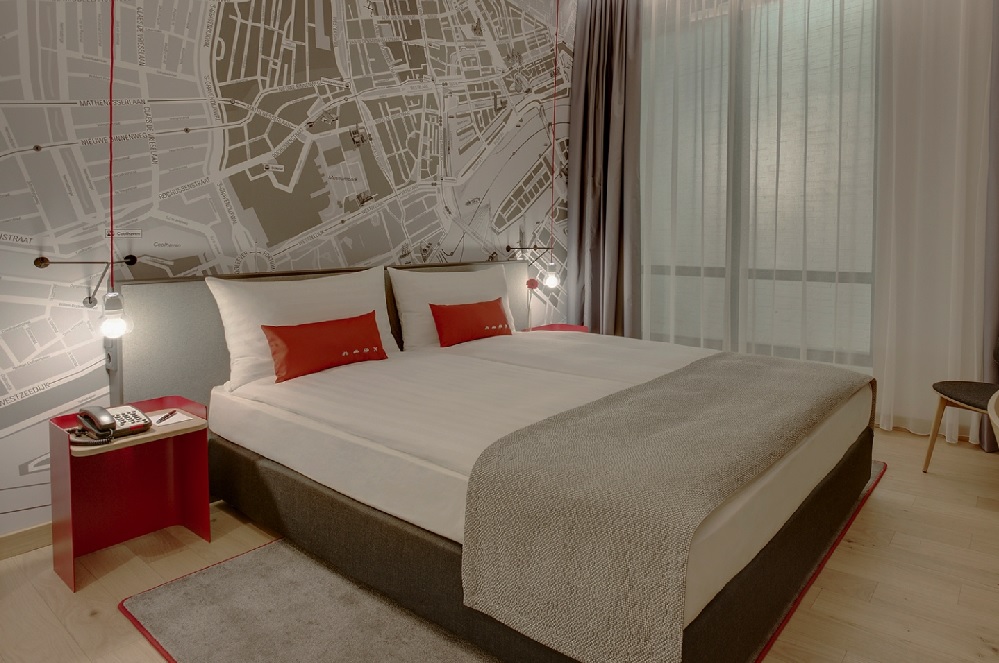 In Germany, they are fond of saying that all good things come in ‘threes’. This certainly applies to the latest developments at IntercityHotels, a successful Deutsche Hospitality brand which can look back over a history of nearly 30 years and has made three new announcements.

IntercityHotel is set for expansion. Before the end of the year, it will open its first hotel in Braunschweig and a further establishment in Qingdao (China). The first IntercityHotel outside Europe in Salalah (Oman) commenced operations in July.

Further hotels in Duisburg, in Esslingen, at Berlin Airport and in Saarbrücken, Dubai, s’Hertogenbosch (NL) and Leiden (NL) will all follow over the course of the next few years.  There is certainly plenty in the planning pipeline and, what’s more, the upcoming IntercityHotels will feature a completely new concept.

The IntercityHotel Braunschweig, the first hotel to boast a new design developed by the Italian architect Matteo Thun, will open its doors in November. Thun will deliver a real feel-good factor by transforming the lobby into a living room and will create bright and generously proportioned spaces for guests to enjoy.

“Business life today requires extreme flexibility,” he says. “We are all travelling a lot and often only stay in the same locality for one or two nights. ‘Being at home’ is no longer tied to any particular place. It is a feeling. This is precisely what we are seeking to impart to IntercityHotel guests via our new interior concept.”

A small change has also been made to the IntercityHotel logotype. The name of the brand is being spelled with a lower case “c” with immediate effect. In addition, IntercityHotel has joined forces with the trend and restaurant expert Pierre Nierhaus to rework its culinary offerings.

Internal design is not the only area in which guests will notice a difference in future. The background technology is also changing. Guests will be able to check in and out by using the convenient “hotelbird” mobile app. They will also have the option of using their smart phone to open the door to their room and to pay the bill. This is the first time anywhere in the world that the app, which operates in conjunction with the Oracle hotel management system, will be implemented in a fully automated manner. Test runs are already taking place at the IntercityHotels in Mainz and Darmstadt.