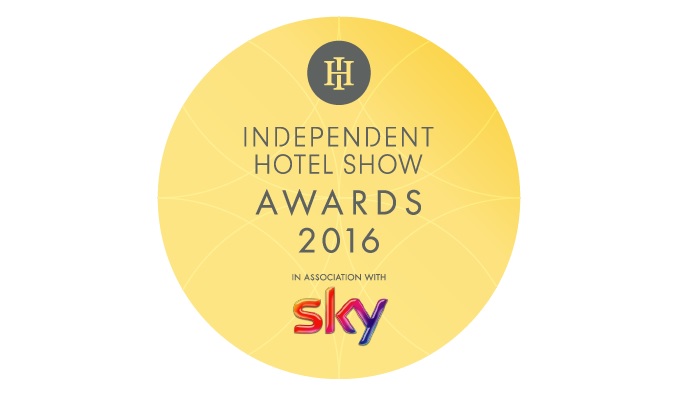 The Independent Hotel Show, presented by James Hallam Hospitality & Leisure, has released the much anticipated shortlist for its 2016 Independent Hotelier and Outstanding New Hotel Awards in association with Sky.

The Independent Hotelier Award gives recognition to an individual who has made a significant contribution to the boutique and independent hotel sector. The winner will already be making waves within the industry with a strong reputation for pushing boundaries and having the confidence to evolve and do things differently. Above all, the winner will be someone committed to the development of their team, the success of their establishment and the industry at large.

Now in its fourth year, the Outstanding New Hotel Award is designed to highlight and recognise independent, luxury and boutique hotels that have been opened or relaunched within the last three years and have made a significant impact within the industry. The winning hotel will showcase the pinnacle of innovation, demonstrating outstanding service and guest experience as well as creating a unique personality and hotel culture.

The shortlist was selected and decided by a panel of industry heavy-weights and experts. Voting for the awards is now live and the winners will be announced at the awards ceremony immediately following the first day of the show on 18th October 2016. Previous winners include Olga Polizzi, voted Independent Hotelier 2015 and Hotel Gotham, winner of the Outstanding New Hotel award 2015.

To discover more and to register for this must-attend event for independent hoteliers and industry professionals, visit independenthotelshow.co.uk.