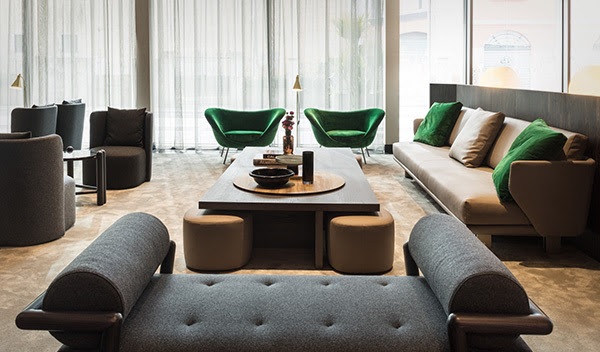 Taking centre stage in Milan’s hip Porta Volta neighbourhood with its stunning glass façade framed with lush vertical gardens, Hotel Viu Milan is rewriting the rule book on how to make an entrance in Italy’s capital of cool.

Opening March 2017, the 124-room Design Hotels member is surrounded by an exquisite cross section of Milanese culture: from centuries-old historical monuments to grand shopping boulevards and cool drinking dens. And yet it is set to become the area’s hottest landmark thanks to its impeccable Milanese design, in-house Michelin-starred chef, and spectacular rooftop pool—primed to play host to the city’s chicest cocktail hours.

Architects Arassociati Studio sought inspiration from the urban regeneration around Porta Volta when designing Hotel Viu Milan. Rendered in sustainably-sourced wood, metal, and bronzed glass, the hotel’s striking façade is composed of undulating patterns of indentions and projections that define each story. Floor-to-ceiling windows flood the rooms and guest areas with natural light and blur the lines between inside and out, a sentiment further cemented by the verdant vertical garden that frames the structure. Milanese firm AG&P Greenscape were responsible for the innovative system of planters and cables that form the foundations of the botanical waterfall, brimming with locally-sourced flora including fragrant jasmine, wisteria, and climbing roses.

Arassociati and Nicola Gallizia Studio were entrusted with the interior design of the hotel, which is defined by a tonal colour palette and contemporary textures. Parquet oak wood floors contrast perfectly with light colours and bespoke fabrics, exclusively created for the hotel by the renowned Venetian textile company Rubelli. The furnishings come courtesy of acclaimed furniture design studio Molteni&C, as well as local artisans and carpenters, who have been commissioned to create key pieces inspired by quintessential Italian design. 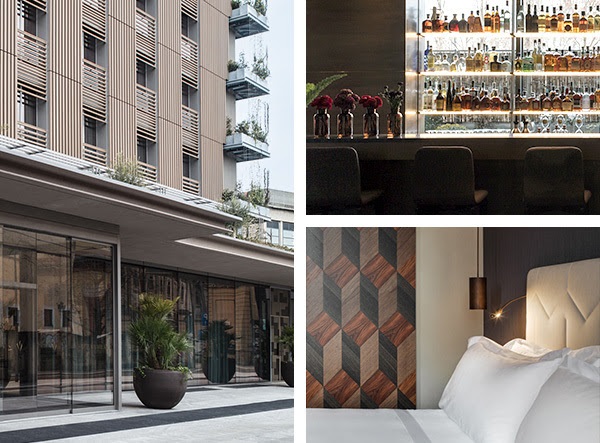 Hotel Viu Milan’s studied elegance extends to the hotel’s 124 rooms and suites, which are a lesson in meticulously-crafted luxury. A neutral colour palette is enhanced by wood paneling of walnut, durmast, and Rosewood, which echoes the lines of the classic design pieces in the rooms. Floor-to-ceiling windows flood the rooms with natural daylight, while private terraces scattered across the first and seventh floors provide unrivalled panoramas over the Milanese skyline. Bathrooms are luxuriously outfitted in Port Laurent marble and, thanks to a retractable wooden wall, bath time is accompanied by an enviable city view, as well as a stash of stylish Malin+Goetz amenities.

Hotel Viu Milan also plays host to an eponymous gourmet restaurant helmed by Giancarlo Morelli. Pitched at a slightly darker hue thanks to custom lighting by Pentalight, the Restaurant “Giancarlo Morelli” exudes a studied sophistication befitting the Italian fashion capital. For dedicated gourmands, the restaurant’s 12-seater kitchen table gives an unrivalled insight into the inner workings of a Michelin-starred maestro.

Bookending the property is The VIU, the only hotel rooftop in Milan with an outdoor swimming pool that features stunning 360-degree views of the city. Teak lounge furniture is set amid Mediterranean olive trees, creating an urban oasis where guests can while away halcyon hours between dips in the pool.