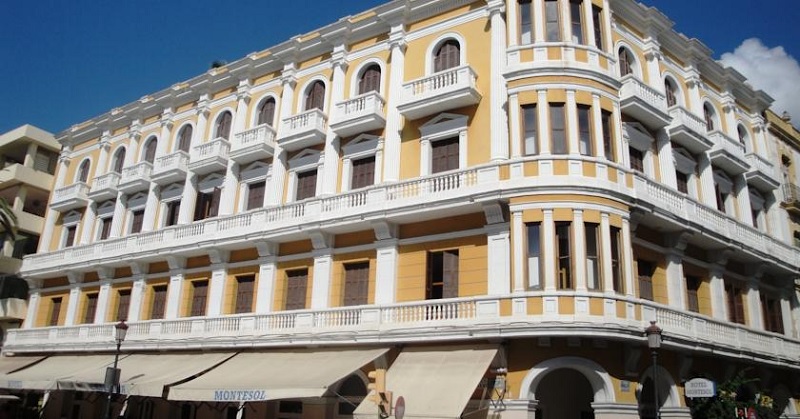 Hilton Worldwide has reached a franchise agreement with Grupo Avintia to bring Curio – A Collection by Hilton to Ibiza’s historic town centre. The 33-guestroom Gran Montesol Ibiza hotel will welcome guests all-year-round and is set to open this summer, marking Hilton’s debut on The White Isle.

Patrick Fitzgibbon, senior vice president, development, EMEA, Hilton Worldwide said, “Ibiza is the perfect location to welcome Spain’s first Curio. The island has a considerable reputation as an upscale summer destination and is world renowned as one of Spain’s most frequented and vibrant destinations. Gran Hotel Montesol will be one of the few internationally branded hotels on Ibiza, and as a part of the Curio collection it will benefit from Hilton’s prime commercial engine while maintaining all of its unique character and charm.”

Established in 1933, the hotel was the first purpose-built hotel established on Ibiza and was used as a military barracks during the Spanish Civil War. The building is recognised as a site of heritage and cultural interest by the Spanish Ministry of Culture and many of the hotel’s historic features, such as its characteristic neoclassical white and yellow façade will be retained as part of the new designs.

Gran Hotel Montesol Ibiza will have a restaurant on the ground floor as well as a rooftop terrace that can be used as an exclusive meeting space for business travellers. Part of the restoration and the interior of the hotel will be designed by prestigious Spanish designer Lazaro Rosa Violan.

Dianna Vaughan, senior vice president and global head, Curio – A Collection by Hilton and DoubleTree by Hilton, said: “With its fascinating history and elegant look-and-feel this landmark hotel is a sought-after addition to the Curio collection. The well-balanced synergy of the island’s legendary nightlife and its long history make Ibiza the perfect location for a Curio hotel.”