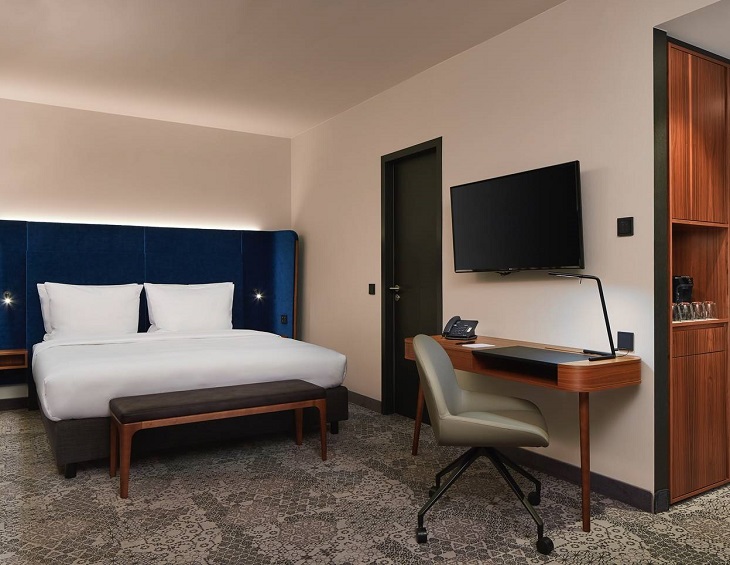 The H-Hotels Group has announced that it has seen strong growth for another year in a row. Revenues of €436 million for 2018 have marked a new all-time high in the company’s history. Occupancy figures have shown a similarly positive development, with an average of 73 per cent across the company’s 63 properties, and increased average room prices of €101 have paved the way for considerable profitability increases within the hotels themselves.

The continued growth of the brand can also be seen in both its operating locations and brand portfolio. Its newly opened H+ Hotel in Vienna not only marks a new regional presence on the H-Hotels map, but also demonstrates further expansion into other European countries. 2020 will see a new H2 Hotel opening in Budapest, as well as a Hyperion Hotel within the historic Palais Faber in Salzburg.

With the launch of its hostel brand H.ostels in the centre of Münster and the introduction of new serviced apartment brand H.omes, the H-Hotels Group’s portfolio has grown to incorporate six of its own brands. “With H.ostels and H.omes – Serviced Apartments, we have created a brand portfolio that covers the entire range of guest and location requirements,”  stated Alexander Fitz, CEO of H-Hotels AG.

All signs point to further expansion for H-Hotels in the years to come: with H4 Hotel Mönchengladbach in BORUSSIA-PARK, the Hyperion Hotel in Munich, the H2 Hotel in Olympia Park Munich and the Munich opening of H.ome Serviced Apartments, H-Hotels has already celebrated four new openings in 2019 so far. Autumn will also see the launch of its Hyperion Hotel and H2 Hotel double brand, which will open close to Leipzig central station. A total of 1572 new rooms will become available this year.

Further projects have already been signed for 2020, with a total of five new openings in the pipeline in Düsseldorf and Mainz, among others. 2024 will also mark the start of a double brand between H2 Hotel and H4 Hotel, with 501 new rooms set to become available in the terminals of Düsseldorf Airport. Discussions are now in the final stages for a number of short and medium-term acquisitions, as well as new projects such as H2 Hotels in Saarbrücken and Hamburg.