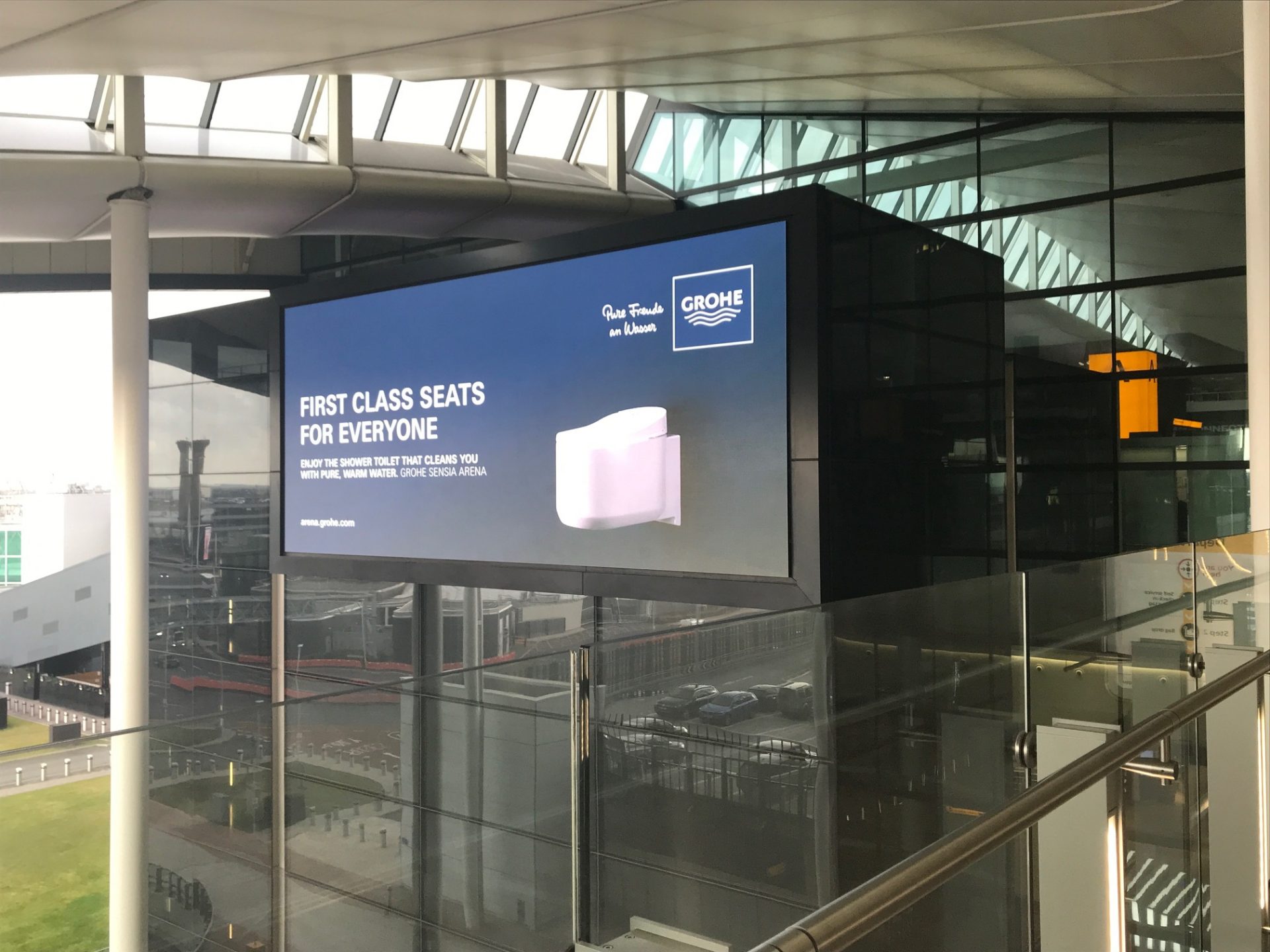 With the ‘first class seats for everyone’ creative campaign, Grohe is targeting international travellers. The Grohe sensia arena is a premium, intelligent shower toilet that features an elegant design and breakthrough technology, while remaining an affordable product for everyone. 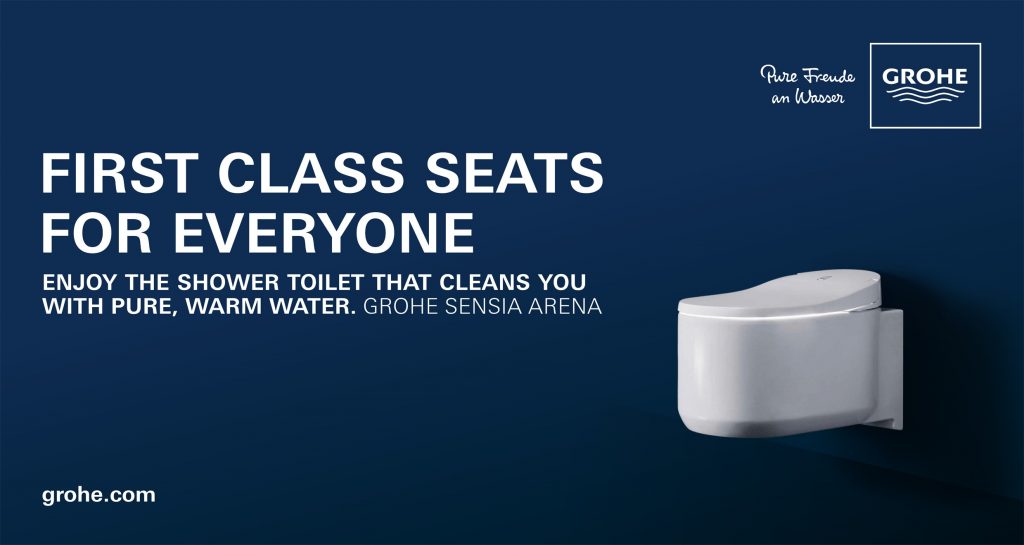 No other Grohe product has won as many design prizes as the Grohe sensia arena.

The campaign can be seen at the major hubs of London Heathrow, Paris Charles de Gaulle, Frankfurt Airport and Amsterdam Schiphol.

The billboard activity represents the largest out-of-home advertising campaign in Grohe’s history and is expected to reach more than 20 million airport visitors.

The campaign activity at London Heathrow went live on Monday 12th march for two weeks, ending on Sunday 25th march. The billboards can be spotted at two locations; in Terminal 2’s link bridge and grand view, the main entrance point for Terminals 2 and 3.