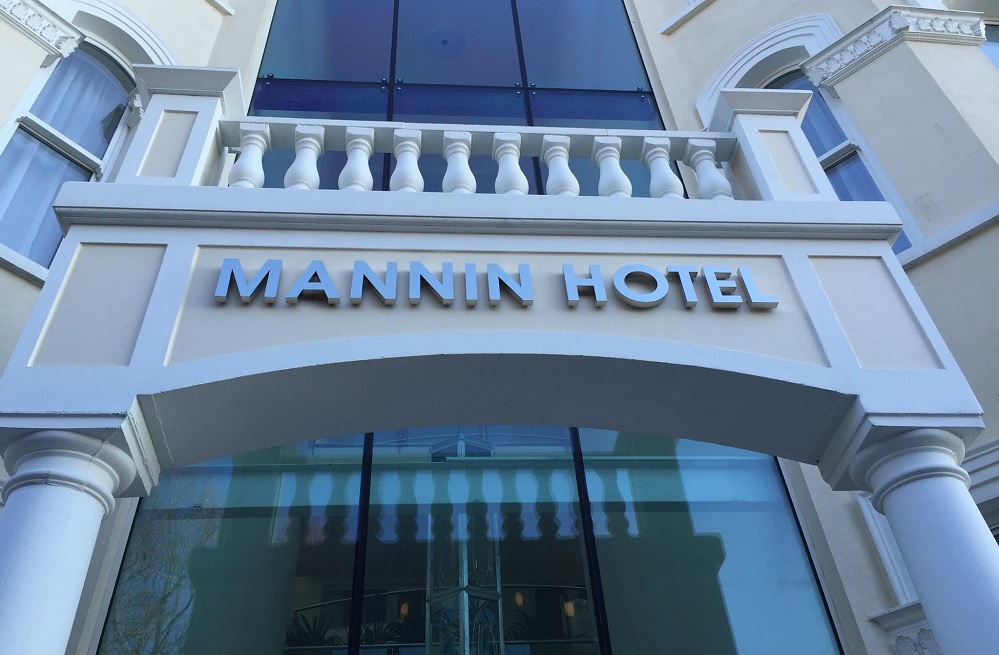 A new four-star hotel has opened on Broadway in Douglas, Isle of Man, following a £6m investment and marking the first new hotel launch in the region for more than 15 years.

The Mannin Hotel has opened in the Manx capital as part of a £7 million investment and marks the first hotel launch in the region for more than a decade and a half.

The four-star Mannin Hotel is a 54-bedroom property and was built on the site of the original Mannin and Broadway hotels which date back to the 1880s and were demolished in October 2012. Construction for the new build began in March 2013 by Keith Lord from Mannin Investments.

He said: “I think we’ve created something special here and I think people will appreciate that. The most rewarding and satisfying part of the completion of this lovely hotel is that we have spent many hours creating its own identity with arts and craft using Archibald Knox and Rennie Mackintosh in order to achieve what you see today.

“Looking ahead, I hope the Mannin will gain a reputation for being one of the best hotels on the island and will make a real contribution to the island’s economy.”