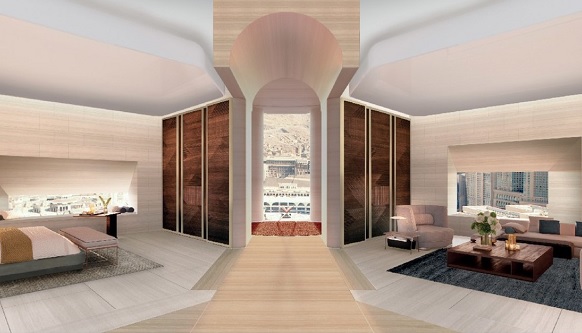 Four Seasons Hotels and Resorts and Jabal Omar Development Company (JODC), a leading developer in the Middle East, have announced plans for a new Four Seasons hotel in the Holy City of Mecca as part of the Jabal Omar integrated real estate development.

Four Seasons Hotel Mecca will be the company’s second location in Saudi Arabia, joining Four Seasons Hotel Riyadh at Kingdom Centre in offering the most luxurious accommodations and personalised service in the region.

Award-winning architectural firm Foster + Partners was chosen following an international design competition for this prestigious project. Impressive in appearance and deeply thoughtful in its concept, the multi-towered building atop a retail podium cascades down toward the Grand Mosque, seamlessly integrating its public spaces into the Haram. An innovative design allows clear views of the Kaaba from every guest room and suite, each of which will feature one or more private prayer rooms. In total, there will be approximately 375 guest rooms and suites, plus approximately 90 Four Seasons Private Residences.

Additional features of the Hotel include three restaurants and lounges, a ballroom and meeting rooms, and a spa and fitness centre. The Hotel will also offer special facilities and programs for families.