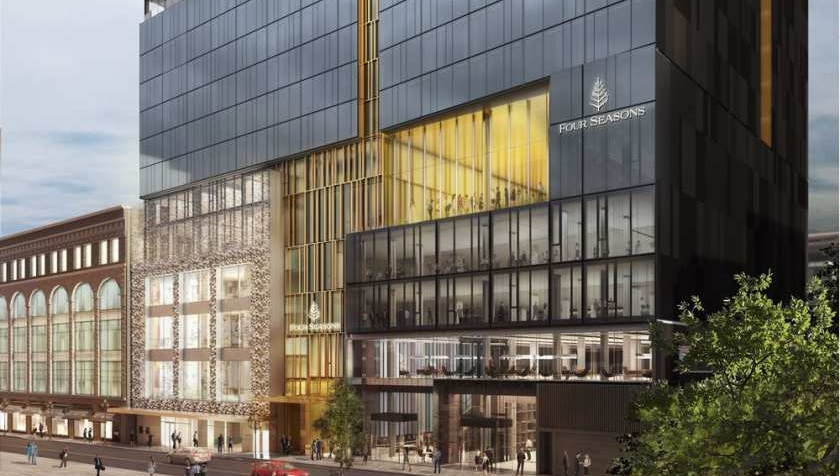 The $250 million (£145 million) project, already under construction on the long-vacant site, will include 18 “exclusive private residences,” three restaurants and a 6,000-square-foot ballroom and be directly connected to the Ogilvy department store on Ste-Catherine St., itself getting a $60-million expansion and rebranding by owner Holt Renfrew & Co.

Part of the hotel project will be atop the 220,000-square-foot Holt/Ogilvy retail complex.

“Montrealers have been waiting to see how De la Montagne St. would evolve and we’re very proud to be part of this unique project while contributing to the revitalization of this downtown area,” said Andrew Lutfy, chairman of the board of Carbonleo. “This will become an exciting lifestyle and dining epicentre for both Montrealers and visitors.”

Scheduled completion date for the hotel is the end of 2018.