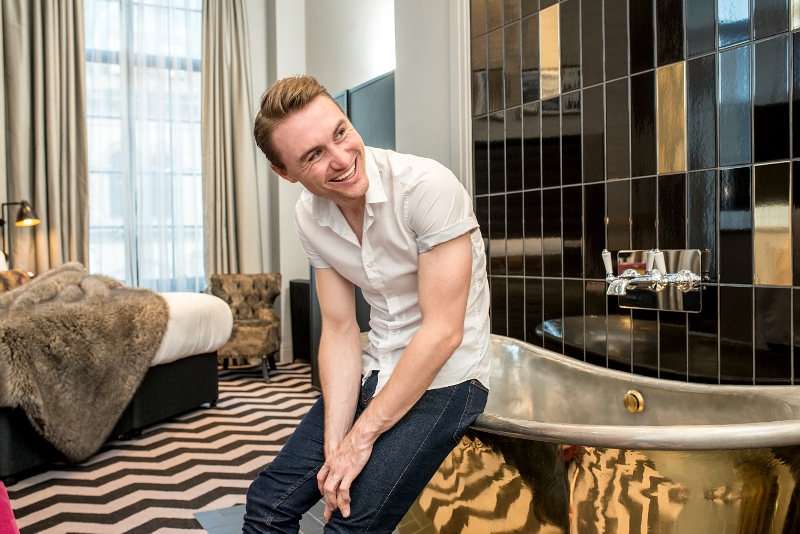 Excitement and optimism are both thick in the January air. My train carriage on the Eurostar is full to the brim of creative people. Half the passengers on board are interior designers on their way, like me, to Maison&Objet. The other half are fashionistas, bloggers and journalists preparing to arrive at Men’s Paris Fashion Week. Two worlds collide to converge in conversations around this season’s must-see designers and emerging trends to keep an eye on. It reminds me of yesterday when I published my exclusive interview with lighting designer to the stars, Moritz Waldemeyer. In 2007, the young, enthusiastic Waldemeyer found himself in the same unfamiliar setting when fashion legend Hussein Chayalan asked him to create a lighting installation unlike any other for one of the shows.

11 years on from Waldemeyer’s first dip into high fashion and, while trends have shifted, the core of our creative business remains concrete; we are never afraid to knock on doors to chase inspirational ideas.

Ever since 1995, when the show first launched, Maison&Objet has powerfully set the industry up for the year. Yes, recently have witnessed somewhat more of an upsurge in attendees compared to early years, but the show has always given apt context to many of the discussions that ripple through the rest of the 11 months as things undoubtedly develop from the ‘trends’ that ping through to our inboxes on January 1.

Altering course for a moment in order to explore which other worlds are in fact colliding, the cruise industry in recent years has been reaching out to more and more hotel designers to imagine the interiors of future fleets. Investigating three separate luxury travel markets over three weeks (aviation, rail and cruise ships), we launched the series Hotels At New Heights with the aim to understand how our industry can benefit from coming together with other markets.

At the core of all of these topics, bringing the loose strands of ideas together through conversation, is networking. Following the success of Meet Up North and The Brit List 2018, I am proud to announce that our Meet Up London: 30 Under 30 event will take place in Fitzrovia’s trendy neighbourhood on March 28 at Minotti London’s stylish showroom. The deadline for suppliers, designers, hoteliers and architects to claim their early bird tickets is fast approaching (February 7), so click here to purchase your tickets.

I look forward to continuing this adventurous journey with you as Hotel Designs itself prepares to enter a new chapter.