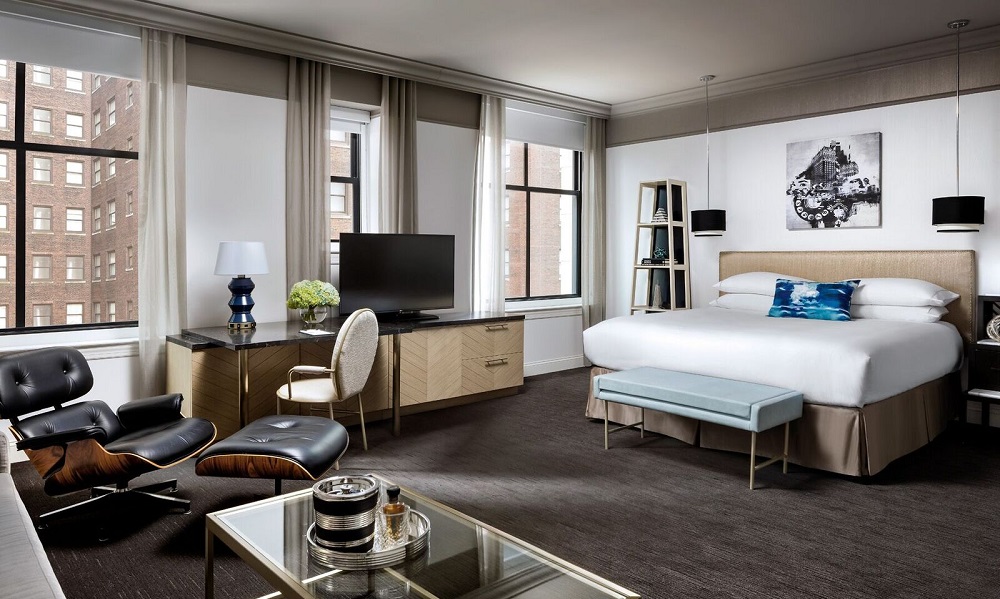 Autograph Collection Hotels, part of Marriott International, has announced The Blackstone will join the brand’s diverse and distinguished portfolio of more than 100 independent hotels around the world on June 7, 2017. A hallmark of hospitality and history in the Windy City, the hotel shares the brand’s values of vision, design and craft and it’s ‘exactly like nothing else’ mantra.

“The Blackstone has found its home as part of Autograph Collection Hotels given its rich history, exceptional design and iconic reputation,” said Julius Robinson, Vice President and Global Brand Lead, Autograph Collection Hotels. “Our one-of-a-kind hotels are known for providing differentiated, standout guest experiences, and we are thrilled to welcome global travelers and Chicago locals alike to this latest addition to our dynamic portfolio.” 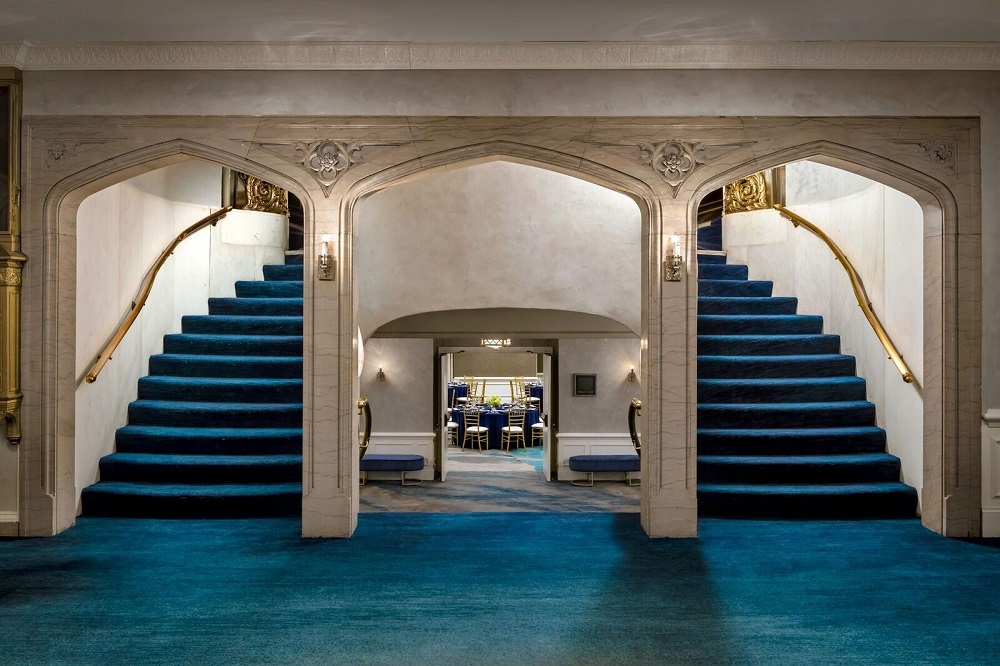 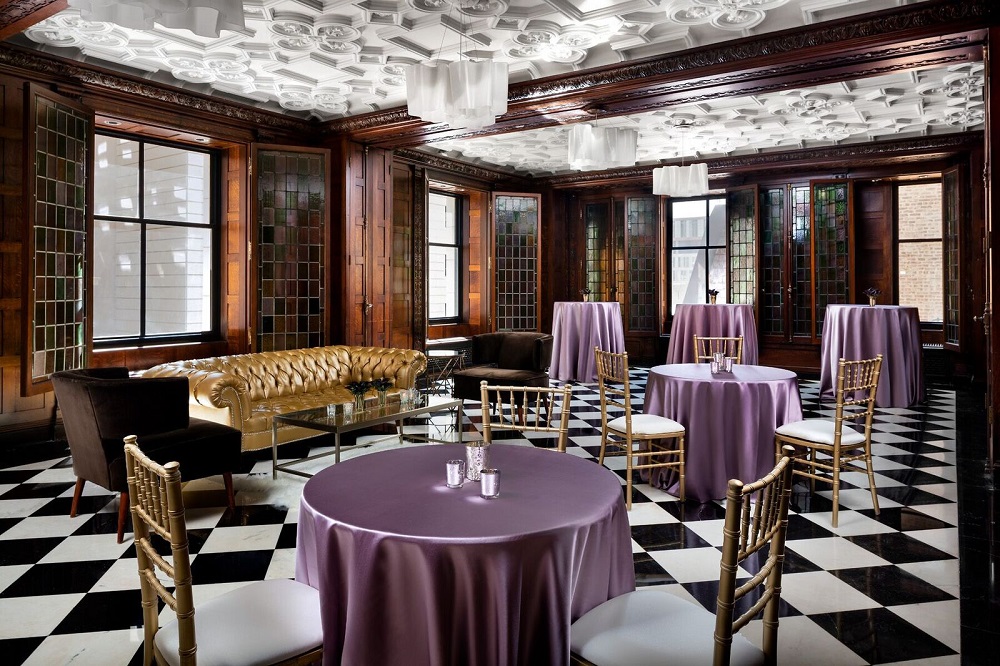 Following the hotel’s large scale architectural restoration of $139 million (£107 million) in 2008, this multi-million dollar renovation led by Chicago-based firm The Gettys Group refreshes the original work of renowned Chicago architectural firm Marshall and Fox, highlighting the early twenty-first century grandeur and craftsmanship while incorporating state-of-the-art technology and modern amenities. A Chicago landmark on the city’s Cultural Mile along Michigan Avenue, the hotel’s refreshed interior design carries through to the hotel’s 335 guestrooms and suites, which feature marble accents, plush bedding and dynamic textiles. Upgraded accommodations up the ante with unobstructed views of Grant Park and Lake Michigan spanning from Navy Pier to Soldier Field.

“The Blackstone has long been the cornerstone of hospitality in Chicago,” says Kim Corrigan, General Manager of The Blackstone. “The opportunity to join Autograph Collection Hotels amplifies this same distinctly hospitable and cultural spirit coupled with the unique design elements of our architecturally-stunning property.” 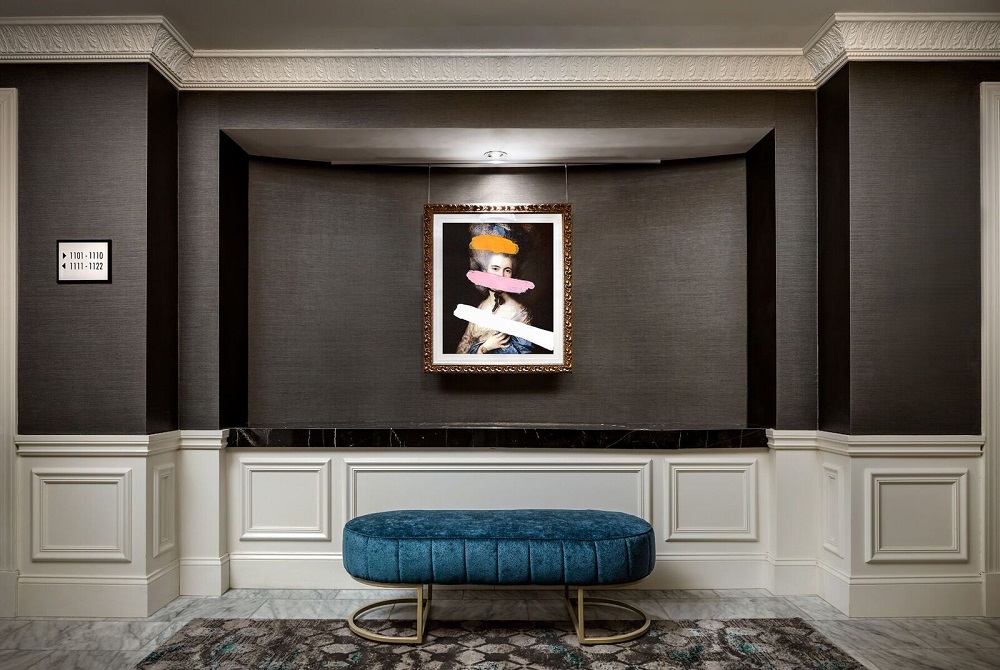 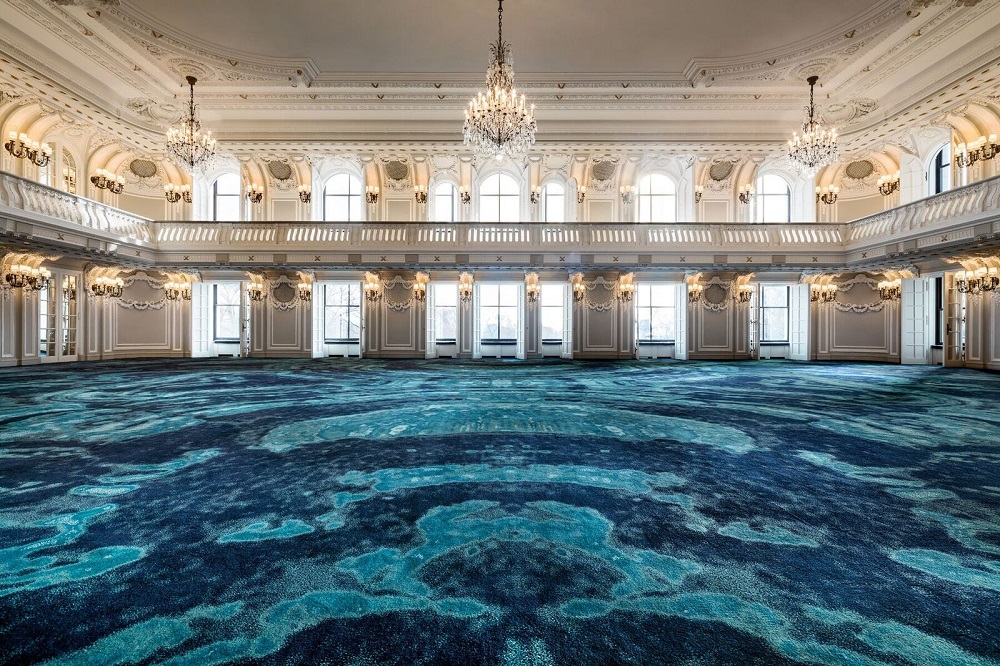 The creative spirit of The Blackstone is brought to life through uniquely-curated art pieces by more than 1,600 local artists placed throughout the hotel, including in the Art Hall, guest rooms and public spaces, as well as woven throughout various guest touchpoints including the bespoke room keys, in-room amenities, and more.

A NOTABLE AND NOTORIOUS HISTORY IN THE HEART OF CHICAGO
Living up to its distinction as the “Hotel of Presidents” for over 100 years, The Blackstone has hosted US presidents and foreign dignitaries, scandalous political and mob exchanges, a star-studded array of actors, and more than a dozen movie productions. In 1920, The hotel became known for the Smoked Filled Suite following the Republican Party leaders’ secret meeting to nominate Warren G. Harding as their candidate for president. 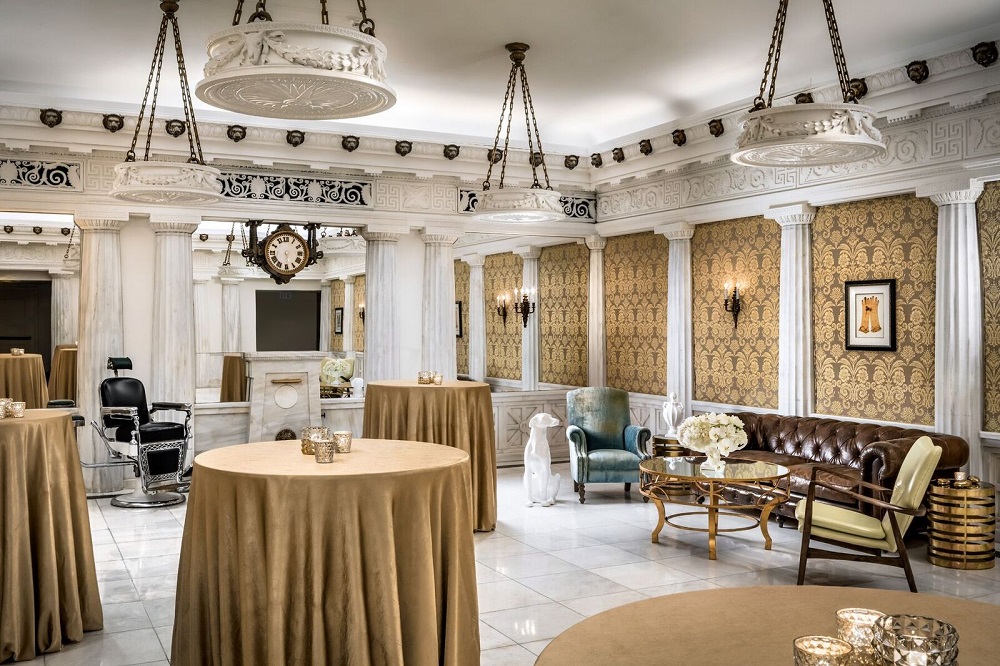 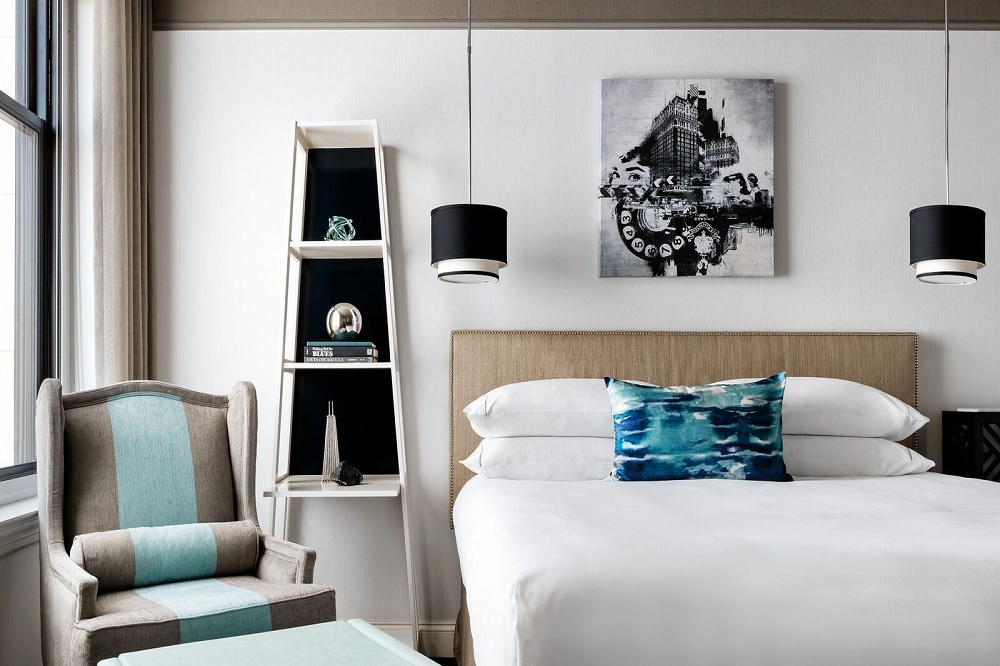 Additionally, the hotel’s Suite of Presidents saw the likes of President Dwight Eisenhower watching his nomination for president from the room in 1952, and President John F. Kennedy preparing for DC negotiations on the Cuban Missile Crisis in 1962. In turn, The Blackstone also became known as the location of Chicago gangster Al Capone’s barbershop, nestled below street level in a “barbershop” lounge that still remains today.

The hotel honours these illustrious and notorious tales through “Back in the Day” Turn Down & Other Stories available in each room, encouraging guests to create their own history while staying at The Blackstone Hotel.