Background
Z Hotel City is a newly converted boutique hotel on London’s Fleet Street. It’s the latest addition to the Z Hotels group, which has seven other venues in the UK, all offering “affordable, compact luxury in prime locations”. The hotel’s small but perfectly formed rooms are built to a standardised design, with the aim of making things as simple as possible for guests. 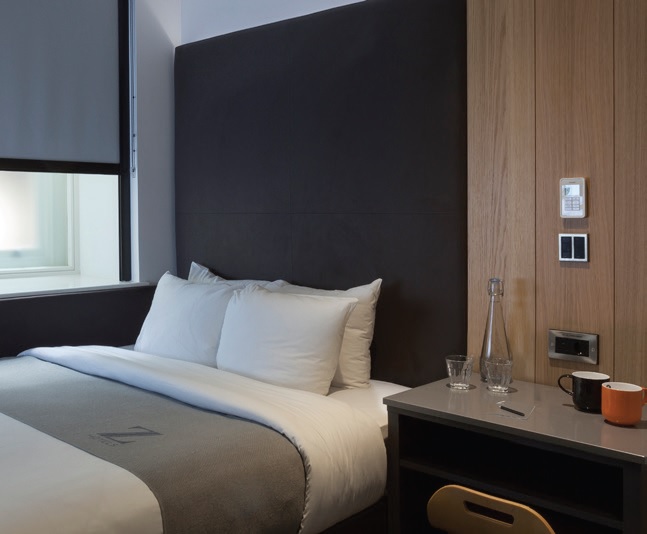 When guests enter the room the lights automatically come on to a ‘welcome’ scene. With no need to find a switch or card slot.

The Challenge
When designing the rooms for the new hotel, Z Hotels was looking for an alternative to the usual key card system for lighting control, and wanted to come up with a simple solution that it could repeat across all Z Hotel City’s 100+ rooms. With building already underway, they needed a solution fast. Z Hotels’ project manager Eamon Kelly said, “Our main objective was to make the guest experience a bit easier. As a guest you don’t want to have to fumble around to find light switches.”

The new solution had to be as simple as possible. “Our average length of stay is 1-2 nights,” said Kelly, “so people don’t have time to get to know a complex system. Anything we fit needs to be intuitive.” 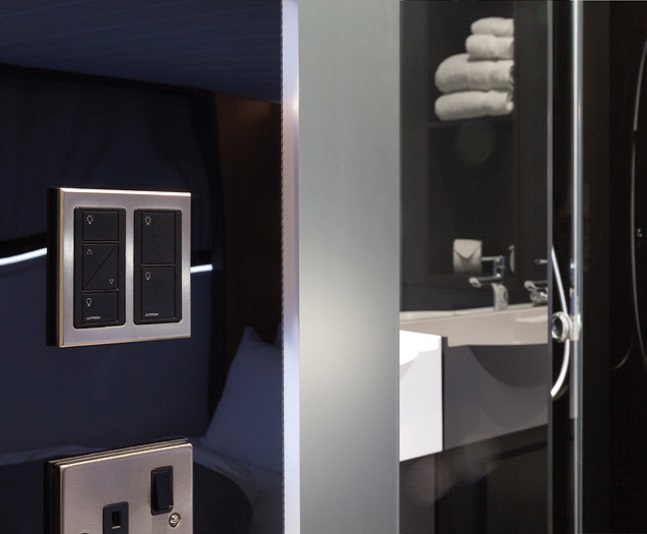 Guests can then dim lights up and down, and control the bathroom lights separately.

The Solution
The hotel chose to use Lutron’s myRoom prime control system with Pico wireless controls. myRoom prime uses a combination of technologies to determine if a guest is in the room. When the room is empty, the lights turn off and the temperature is set to a background level. There’s a sensor on the door, occupancy sensors in the room, and pressing any of the control buttons alerts the system that someone is present.

Lutron got involved in the project in September 2015, and the hotel was opened before Christmas – as requested by Z Hotels – so the system had to be designed, delivered, installed and commissioned in a very short time, with an average commissioning time of 40 minutes per room. The system was installed and commissioned with the help of Lutron, working closely with Z Hotels to fit in around building works. Because the control system is wireless, installation and commissioning were quick and straightforward. 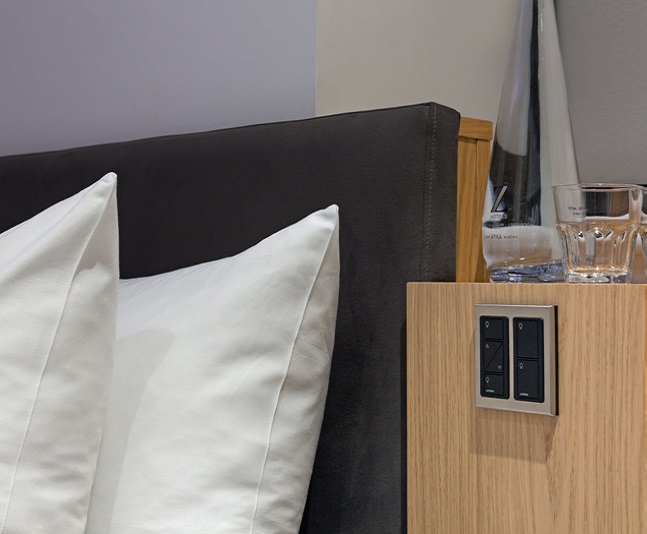 The look of the Pico controls was an important factor for Z Hotels. Kelly says it’s crucial that everything “not just looks sharp, but is nice to touch and feel as well.”

Results
Z Hotels are delighted with the performance of the system, and are now looking at rolling out the myRoom prime system to their next hotel in Covent Garden. It is a cost-effective, easy-to-use solution that saves energy and creates a fantastic user experience in guest rooms. The success of this project highlights the versatility of myRoom solutions in a wide range of hotels– solutions such as myRoom prime can be adapted to all budgets. The hotel is also reducing energy costs, because myRoom prime’s occupancy sensing makes sure that air conditioning and lighting are off when the room is empty. Unlike a key card system, it can’t be fooled by leaving a spare card in the slot.

“I typically associated Lutron with high-end hotels only, so I was delighted that they were able to supply us with a nice simple system, but with the backing of a company that’s been doing it for years”
Eamon Kelly, project manager, Z Hotels group