Brexit ‘no deterrent’ for Leonardo Hotels in European expansion 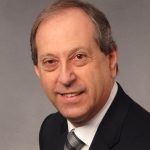 The managing director of the UK’s newest hotel group has outlined plans to press ahead with further expansion to follow its impressive market entry in Scotland.

Daniel Roger, MD at Leonardo Hotels Europe, says the company has not been deterred by the Brexit and is fully focused on its growth strategy to create a strong portfolio across Europe.

The hotel group – which opened Leonardo Royal Hotel Edinburgh as its flagship Scottish unit after a £6.1 million refurbishment to the former Premier Inn earlier this year – has now taken over Portland Hotels, adding five more locations across Scotland to its portfolio.

The new Leonardo Hotels in Edinburgh, Glasgow, Aberdeen and Perth take its number of properties to more than 85 in 40+ locations, with Scotland representing a prime focus destination for further growth by the group.

But Daniel has stressed that plans for progression do not stop there. He said: “With the market launch in the UK two years ago (the opening of the Leonardo Hotel London Heathrow Airport), our main targets were to increase our portfolio and strengthen the recognition of Leonardo Hotels brand in Scotland.

“This plan underlines our latest coup, which is the takeover of the Portland Hotels with five properties in Scotland; expanding our portfolio to include two hotels in Edinburgh as well others in Glasgow, Perth and Aberdeen.

“Leonardo’s portfolio will grow to seven hotels with 1,048 bedrooms, which represents a significant strengthening of our presence in the UK, and Scotland in particular. And we still have a lot to offer.”

When asked about the impact of Brexit, Daniel was unequivocal in his response, saying: “We have just taken over five hotels in the UK. This is a clear statement.

“The ultimate target of the company is to promote and strengthen the brand Leonardo Hotels Europe-wide. Our future strategy is to continue our investment in growth and to have 100 hotels across Europe by 2020.”

The design of the new Leonardo Royal Hotel Edinburgh was the work of respected designer Andreas Neudahm and ties in with the group’s philosophy of creating sites which reflect their location. The Haymarket location aims to appeal to both leisure and business guests with excellent tram and rail links nearby and a generously sized car park.

Plans are also advancing for the five Portland Hotels to be rebranded as Leonardo Hotels, including proposals for some to undergo a refurbishment programme.